Share All sharing options for: Game 12 vs. Florida State: Timmy 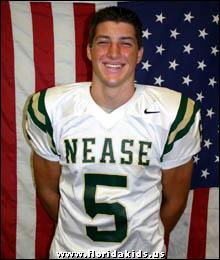 College football has been played since 1869, when Rutgers and Princeton played the first organized "football" game between American colleges. In 1906, the NCAA was created in part to organize college football, creating standard rules in the interest of safety, including legalizing the forward pass.

Since Princeton vs. Rutgers, a handful of men have played college football that could truly be considered transcendent. Jim Thorpe was our first athletic folk hero, as the the best football player in America and as the World's Greatest Athlete. Red Grange brought his popularity from Illinois and legitimized the NFL. Jim Brown was the first Black star and good at everything, preceding Bo Jackson, who had the same popularity. Grown men still talk about how natural Barry Sanders and Herschel Walker are, as if both of them are still playing.

With three more wins, including today, Tim Tebow will make a case for that conversation. Like a comet, players like Tebow come around once every few decades. Even if Tebow does not win another National Championship, or does not have the professional success of those I have mentioned, he is iconic to us. At a time when the University of Florida is fighting to be seen as a National University, at a time when this state is growing in national relevance, our greatest export is number 15 in blue. The image of the Florida Gators will forever be Tim Tebow.

There was a lot of pressure on the smiling kid at the top of this story. He could have been an epic bust; a home schooled kid who couldn't handle the rigors of college life. He could have been trapped with coaches who didn't take advantage of his talents, or been plagued by injuries. It is one thing to have the good fortune to be surrpunded by talent. But talent alone doesn't win because talent cannot solve every challenge. Yet, every challenge in front of Tebow has been beaten. There will be other great players, in Gainesville and in other college towns. But it is hard to imagine a kid with great physical gifts, only to have those gifts over shadowed by his greater leadership and will to win.

Today is Senior Day, and I will most definitely miss badasses like Brandon Spikes and Riley Cooper. They have worked as hard as Tebow and sacrificed their best years of their lives and millions of dollars for another chance at a National Championship. They deserve all the adulation Tebow gets too. Unlike Spikes and Cooper, it will be hard to find a dry in the house when Tebow is introduced. Remember that the quarterback from Nease still has one challenge left; an undefeated National Championship season.