Machen To The Boys From Old Florida, "To Arms! To Arms!"

Share All sharing options for: Machen To The Boys From Old Florida, "To Arms! To Arms!" 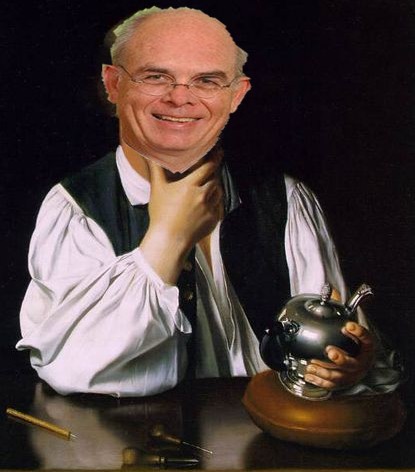 There are very few things UF President Bernie Machen has done that I've been in favor of. But, the man is set on making UF a top-10 public school and he's won four National Championships. The latest step towards Florida's goal of the top-10 is something called Gators for Higher Education. The plan is for UF to use it's huge alumni, student and support base to pressure the Florida State Legislature to properly fund higher education in Florida.

Many of you might have received an email from Machen announcing the new grassroots effort. If not, here is an excerpt.

...This group of volunteers will be asked to contact their legislators in support of UF at critical times during the legislative session. To help you become a UF advocate, we have a web site that will provide you with information about our legislative issues and directions on how to contact your representative and senator.

The organization looks extremely well done. They even give you a list of the Gator Caucus; the state legislators who have a connection to UF. Their contact method is straight out of the Obama campaign internet playbook; it seems like if you register, UF will then contact you to let you know when is the best time to go after your legislator. Using Obama's technique is all the more interesting when you remember Machen endorsed Sen. John McCain ten months prior to Election Day.

Of course, some of you might be Gator fans because of Spurrier and don't think too much about what condition UF is in. Frankly, it is not very good. Florida is 49th in the last US News and World Report College Rankings. Not bad, but compared with who UF has to compete with for research dollars, it is bad. Florida is behind public schools like Cal (21), Virginia (23), UCLA (25), Michigan (26), UNC (30), William and Mary (32), four University of California System schools, and freaking Illinois (40).

Let me ask this; would you ever accept Florida as the 49th best football team in America? Or the 49th best basketball team? (Actually, 49th best might get them in the tournament.) The point I make is that we demand great things from our athletics, why not our academics? The state's college professors, like all educators in Florida, are horribly under paid. It's not just that, however. With the exception of UCF (which seems to have one building pre-1980), the state's biggest campuses have buildings in dire need of renovations. If the next time you're tailgating in Gainesville you need to feel like what it was as a student in the 1970's, walk around in the basement of Weimer Hall. 1950's? Walk around in McCarty Hall. If it wasn't for Bull Gators and dead people leaving money to UF, there would never be a new building on campus.

For those of us with degrees, it is important that we respond to Machen's call because if Florida fails after we leave, our degrees are worthless. As for if the state can afford to bring our education system forward, we will soon find out. But if they can find money to throw at baseball exhibition games and toll highways to nowhere, surely they have some cash to save the University of Florida.