Only One Man Can Save UF Now

Share All sharing options for: Only One Man Can Save UF Now 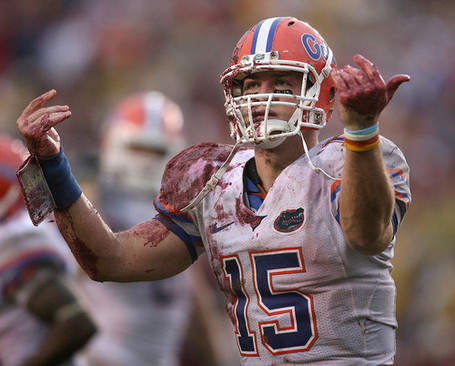 Tyus, Dan Werner and anyone in a white jersey struggled on defense. Part of it was Wayne Chism (18 pts) and Tyler Smith (19 pts) owning them. Part of it also was allowing Tennessee to shoot at will with the expectation they would eventally get cold. Tennessee did get cold, but they built up enough of a lead to protect them late. The same thing happed at Tennessee earlier this season.

We keep waiting for UF to Man Up and win one of these games. Maybe Tebow can get to these guys before the last two regular season games and whip them into shape.