Share All sharing options for: Devil's Advocate: Lane Kiffin Is Bad For Florida

Starting today will be an occasional series where I will take a position opposite most of our readership. Today, surely something that will get your blood boiling; Lane Kiffin is bad for Florida.

Florida's goal this year is to win a National Championship. That should be their singular focus. However, they've managed to let Lane Kiffin in their heads. Kiffin's comments about Urban Meyer cheating, calling a football hotbed corrupt, and partnering with God to convince a recruit and his agent to attend Tennessee, have all made Kiffin Public Enemy No. 1. Unfortunately for the Gators and the rest of the SEC, that is exactly what he wants. 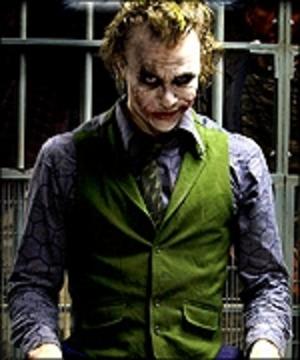 The most frightening criminal is the one seemingly hiding in plain sight. You know he's out there but you can do nothing to stop him. This is why Heath Ledger's Joker is so frightening. This is why the Taliban is so effective. They win even when they lose since their enemy is preoccupied with them. Kiffin does not have the fire power of The Joker or the Taliban. Yet. It will only be a matter of time before Kiffin has recruits to match Florida, Alabama and LSU. But in an SEC East where Georgia needs a year to recover and South Carolina still does not know what they are doing, Tennessee is more than capable of causing chaos. (And yes, I just compared Tennessee Football to the Joker's gang and the Taliban. Since this is the SEC, the comparisons might be accurate.) 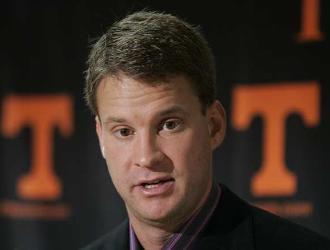 While Florida fans (and most of the SEC) hope the Gators lay 70 on the Vols in September, Kiffin sits and waits, letting the chatter build up. If Florida does not blow out Tennessee, Kiffin wins because he kept it competitive. If Florida loses, Kiffin ends the Gators' season and has a beachhead in every Florida fan's head. Kiffin knows he is supposed to lose. Tennessee knows they are supposed to lose. With that in mind, I think they will do anything to defeat Florida. Including going after Tebow's legs, like Bernard Pollard after Tom Brady. The Joker blows up hospitals, the Taliban throws acid on schoolgirls, and Tennessee would have injured Tim Tebow.

Of course, Tim Tebow is being protected by God, Jesus, Dr. Robert Cade and a team of UF doctors, so he should be healthy. But Kiffin is a different class of coach, trying to build a different class of football. Kiffin seems to have the personality where he puts everything on the table. I assume he'd do the same for his football team. Plus, Kiffin wants people to hear about Tennessee football again. What better way than taking out the best player in America and defeating the defending National Champions on the road?

If you think Kiffin's stay in Knoxville will be short, you're wrong. This isn't Billy Gillispie at Kentucky, who assumed his luck would be enough to win games. Kiffin has a Super Bowl champion defensive coordinator, while he has won National Championships as a coach. Kiffin is skilled and crazy like a fox. That's bad news for Florida and the rest of the SEC.