Florida begins its 2011-2012 men's basketball season November 11 with against Jackson State. We're previewing the Gators almost every weekday from now until then. We'll call it 15 For 15, in honor of Billy Donovan's 15th season as Florida's head coach.

Florida had been using the same template for its men's basketball jerseys for a few years, but that's changing for the 2011-12 season. Here are pictures of the front and back of the new home uniforms, via @GatorZoneMBK. 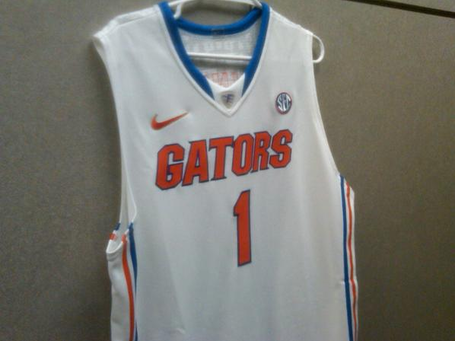 The front features a all-caps "Gators" instead of the "Florida" with a larger "capital" F from previous years, and has a slightly smaller numeral. 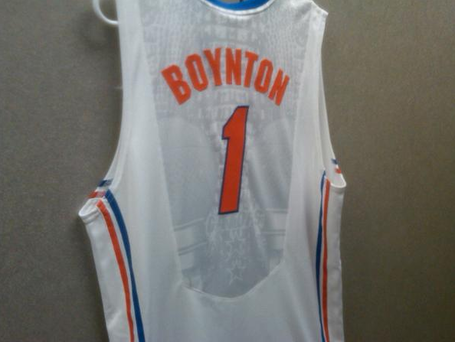 The back, however, is a lot different, with a pattern that includes representing the Gators, images of Florida's two national championship trophies, and two stars symbolizing the two titles.

Additionally, as you can see here and at Only Gators, the new jerseys have a different side pattern, replacing a blue panel running from the jersey to the shorts with orange and blue striping.

Now, here's the important part: Do you like them?

I honestly don't know if I really do: I liked having Florida on both the home and road jerseys, and I definitely prefer the capitalized word to the new lettering, but that back panel is really, really cool.

Let's put it to a vote. I'm curious to see if people find that font ugly.