Former Florida wide receiver David Nelson has come a long way since being mistaken for Chris Leak on cruise ships: he's now a go-to wideout for the Buffalo Bills, and scored the Bills' only touchdown in a 44-7 loss to the Dallas Cowboys on Sunday. But while that result is undoubtedly not what Nelson wanted, he did get to do a little something special for his girlfriend, Cowboys cheerleader Kelsi Reich:

If you didn't "Awww" at that, well, you might want to get yourself checked out or something.

Though the handoff of the ball looks a little awkward on camera, in part because Nelson had to run to the other end of the field, Nelson and Reich have been dating since he was a Gator, and he planned this celebration. And Reich was, of course, pretty happy with her boyfriend scoring and delivering a ball to her. 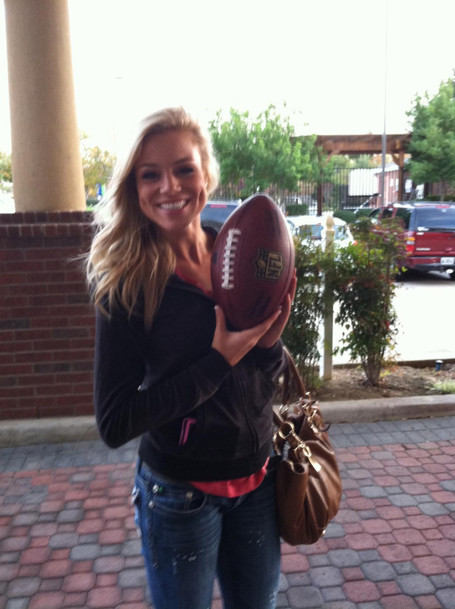 And as for Nelson: If I were an NFL wide receiver with a girlfriend whose smile was that great, I'd be pretty happy, too.