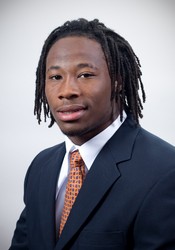 Promoted. Also, opinions expressed at Alligator Army are particular to individual Alligator Army writers, not that you all aren't smart enough to know that.

I remember the first time Janoris Jenkins caught my eye. I've been watching Gator football as long as I've wanted to attend the glorious institution I now call my home, but I hadn't been watching Gator football until I became one of the luckiest freshmen in Hogtown by winning the student season ticket lottery. I don't need to rehash how frustrating the beginning of last season was, but I do remember sitting behind the south end zone at Alltel/Jacksonville/EverBank Stadium and watching Janoris intercept the Aaron Murray's pass on the first play from scrimmage for the game. It ended up setting a missed field goal from Chas Henry (c'est la vie, 2010 season), but it made me realize that JJ was the real deal.

I didn't care that he'd been arrested for resisting arrest near a downtown bar in 2009. That was before my time, people make mistakes. But then came arrest #2, this time for pot possession in January. Then the most recent charge on Friday night, same story. Don't get me wrong, I wrote about decriminalizing pot possession in the Alligator this year, but Will Muschamp has no choice. This is Janoris Jenkins' third strike, and his Gator career should have just ended.

1. Jenkins has horrible timing. Janoris got arrested for possessing pot on a reading day - one of the days after classes have concluded for the semester (Wednesday) when the school cancels classes. I'd be naïve and a hypocrite to tell you people don't have fun on reading days (I was in Daytona Beach on my fraternity's formal), but it's a time when GPD and UPD are more vigilant. Students who don't have class the next morning are more likely to celebrate - in their own way, shape, or form - but the police are also more likely to be on the lookout.

2. Jenkins violated the third strike rule. Cam Newton withdrew so he wouldn't get booted for cheating. Cody Larson is likely gone after his recent arrest in Jacksonville with Erik Murphy, because he was already on probation. Urban Meyer forgave Janoris the first time, and Muschamp "dealt with it internally" the second time. Getting caught again puts Muschamp under the gun because his internal punishment didn't work. He's got to drop the hammer, and hard, in order to maintain credibility with his players and the media.

3. Muschamp needs to put his money where his mouth was. I remember watching the introductory press conference, seeing a Southern gentleman speak for 18 minutes straight about hard-nosed Florida Gator football, and talk about why the word student came before athlete in "student-athlete." Not going to lie, I was sold. Chris Rainey's arrest - #30 for Gators under Urban Meyer - brought national criticism and stammering from Gator diehards and alumni. It was time for a new day under Coach Muschamp, and dealing with Jenkins' second arrest under his tenure in a swift and severe manner will set a new precedent that will help student-athletes respect their coach and stay away from getting arrested.

Sure, I want Janoris Jenkins as my starting cornerback in 2011, but it is more important for the Florida Gators to develop a system where getting arrested - much less three times -  is no longer cause for a slap on the wrist, but for consequences that will exist on the field as well. Let's not develop into the 1980s Convicts of the University of Miami, please.

FanPosts are written by members of the Alligator Army community, and do not necessarily represent the opinions, editorial judgment, or standards of Alligator Army or SB Nation.