Ever since Percy Harvin, Riley Cooper and Louis Murphy left, the wide receiver play for the Gators has been dismal to say the least. Yes, there have been factors that have contributed to that, like say, poor offensive line play and a couple new offensive coordinators, but still, it isn't like the talent isn't there. At least that's how I look at it on paper. But maybe I'm wrong? Contrary to popular belief, I have been wrong before.

In 2011, the Gators wide receivers went through, shall we say, a dry spell. Deonte Thompson didn't have a touchdown all season until catching one on the first drive against Ohio State in the Gator Bowl, Andre Debose only had sixteen catches, and Solomon Patton saw less targets than the two turkey's pardoned by President Barack Obama right before Thanksgiving.

Please remember that it is quite difficult to follow Debose (and the other receivers) on a route via camera. As a result, there are some lapses in the film. Thank you. 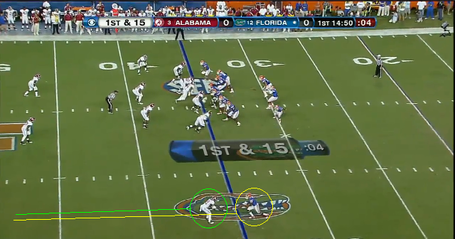 Debose (yellow circle) is going to be one-on-one with Dre Kirkpatrick (green circle). Kirkpatrick as we know, is one of the top cover corners in the SEC and maybe even in the entire country. But Debose has elite speed, and in most cases, speed wins. 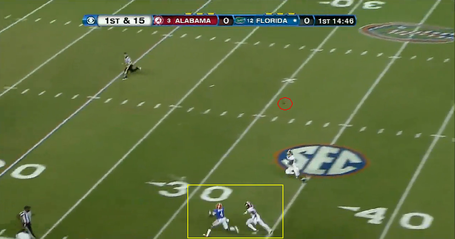 As the two come into view (yellow square) the ball (red circle) is in very good location. Debose has about a two-yard distance between his hands and Kirkpatrick's. 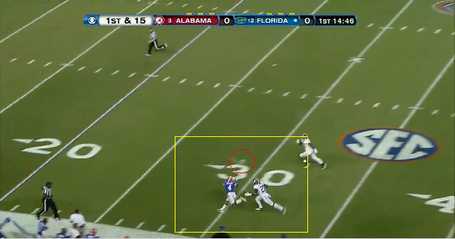 Just as Debose is about to make the catch (yellow circle), you can see that Kirkpatrick has closed the gap, but only slightly. 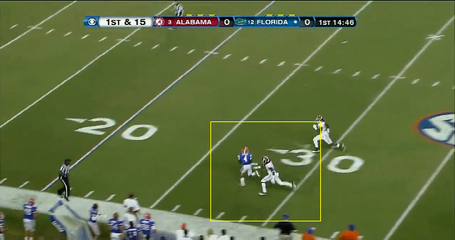 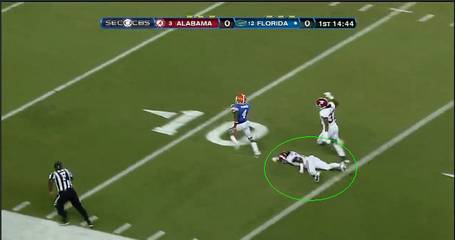 Kirkpatrick (green circle) dives, but is unable to corral Debose who runs in for the touchdown. 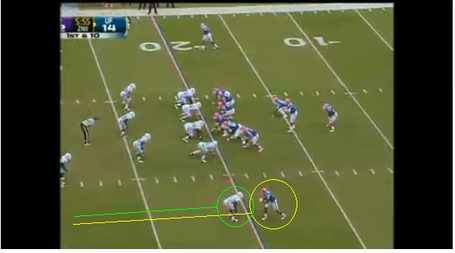 Debose (yellow circle) had four touchdown receptions this year. This one, which is the third one, was just like the previous two. One-on-one man coverage on the left side of the line, and Debose is going to just run a fly-route. 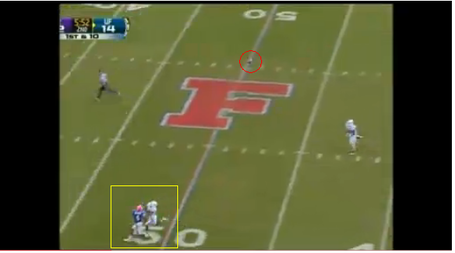 As Debose comes into view (yellow square) the ball (red circle) is on its way, but he doesn't have his normal separation on the defensive back. 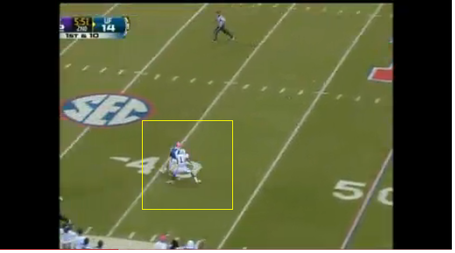 But Debose makes a great play on the ball to make the catch (yellow square). Debose cuts inside the defender and basically just out muscles him to the ball (really without any contact) and completes the catch. 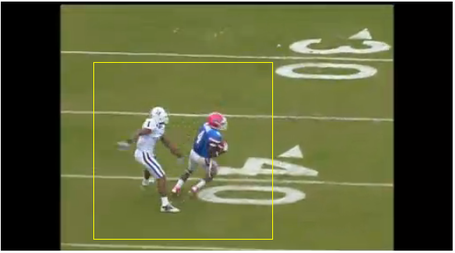 You can tell from this angle (yellow square) that the defender attempted to avoid contact and that helped Deobse make the catch. 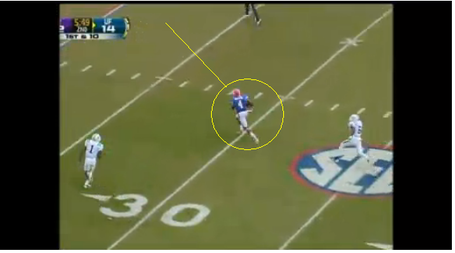 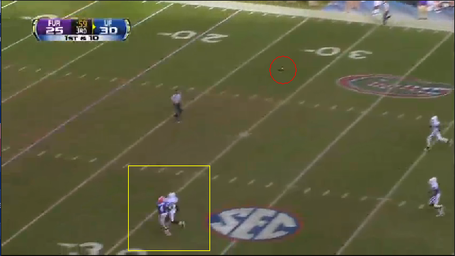 As the ball (red circle) begins its decent, you can see that Debose has at best, a shoulder ahead of the defender (yellow square). 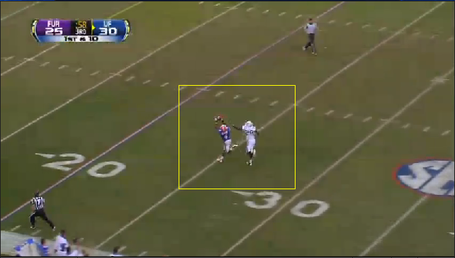 But when Debose makes the catch (yellow circle), he's got at least a full yard on the defender. 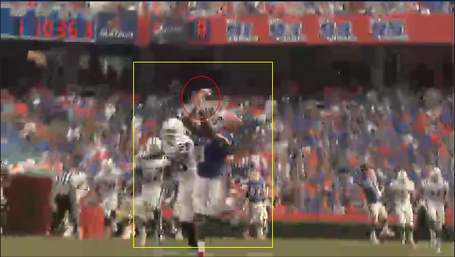 Yes, the quality of video on GatorVision (for at least football) is about as good as my quality would be going up against Patric Young in the post. Still though, it was a great catch by Debose (yellow square).