Can A Spring Sport Team Be The Florida Gators' Next National Champions?

Share All sharing options for: Can A Spring Sport Team Be The Florida Gators' Next National Champions? 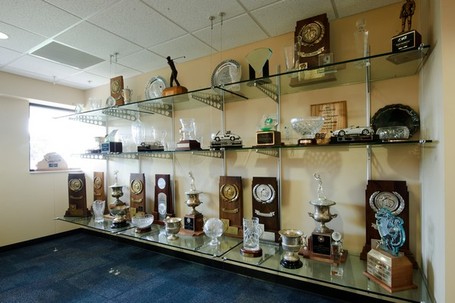 Spring is in the air. Maybe that's not true in most parts of the country, but it is true at Florida, where our spring Gators teams are firing up their respective seasons. Spring is an exciting time for all of the many Gators athletic teams. Yes, football is over, and after National Signing Day, we only have the Orange and Blue Game to look forward to at Florida Field until the fall. But the spring season sports are the strongest at UF this and most years, and spring is when the Gators begin to climb the standings of the NACDA Learfield Sports Director’s Cup.

At the University of Florida, we measure success by championships. Florida teams have hoisted national championship trophies 26 times in addition to securing 221 NCAA individual national championships. During the 2010-11 school year, the men's indoor track and field and women’s tennis team earned national titles for the Gators. Which team is most likely to bring the next national title to UF? After the jump, read which team I predict will be the next to bring the ultimate glory to Gainesville.

I'll cut to the chase: Lacrosse. I predict that UF’s newest sport will win a national title in 2012.

Coach Amanda O’Leary’s Gators squad has been nothing short of spectacular in its first two seasons of existence. Playing with a roster of 24 freshmen in 2010, the Gators finished with a 10-8 record, including three wins against top 20 opponents, eventually earning a top 20 ranking of their own. In 2011, the Gators stepped it up a notch, finishing with a 16-4 overall mark and earning their first conference championship with a perfect 5-0 conference record. The Gators upset eventual national champion Northwestern during the regular season, and advanced to the NCAA Quarterfinals before falling 13-9 to Duke. The Gators were ranked as high as No. 2 during the year and finished the season ranked No. 5 in the country.

In 2012, O’Leary’s Gators are coming of age. The roster lists 14 juniors (plus three redshirt sophomores) who have been playing together since day one of the program. The team returns 17 players and 11 starters from its 2011 squad. The team has a certified all-star in junior All-American Kitty Cullen, who was second in the nation last season in scoring. Cullen is joined by fellow All-American scoring machine Ashley Bruns, All-American defenseman Sam Farrell, and goalie Mikey Meagher (10th in the nation in goals against average in 2011) to give the Gators a team poised to make a serious run at the title.

Several members of Florida’s No. 3 ranked 2011 recruiting class should make an immediate impact, strengthening the squad and adding depth. Junior Gabi Wiegand (a transfer from University of Richmond making her Florida debut this season), led the Gators with five goals and two assists in the Gators’ 17-2 dismantling of the England National Team in Thursday’s exhibition match. In addition to Wiegand, four freshmen Gators from the class were named to Inside Lacrosse Magazine’s top 25 list; No. 6 Shannon Gilroy (Huntington, N.Y.), No. 12 Nicole Graziano (Mendham, N.J.), No. 15 Nora Barry (Marcellus, N.Y.) and No. 18 Sally Jentis (Ridgewood, N.J.). All four should see some substantial playing time this season.

O’Leary knows that Maryland is the hotbed of American Lacrosse talent. Her recently announced 2012 recruiting class includes six Marylanders (half of the total class), who will join 14 current Gators from Maryland as the team continues to stockpile talent.

The lacrosse team has scheduled a murderer’s row of opponents in order to prepare itself to face top post-season competition. Florida opens its 2012 regular season in Chapel Hill on Saturday, February 11 against No. 3 North Carolina. The Gators face a total of seven opponents ranked in Lacrosse Magazine’s Preseason Poll, including a road match against top-ranked Northwestern.

The Gators have already proven that they can play with perennial lacrosse powerhouses like Duke, Syracuse and Northwestern. In 2011, the Gators handed Northwestern its first regular season conference loss since 2004. The Gators do get a break for the conference tournament, as Florida will host the 2012 American Lacrosse Conference (ALC) Championship May 3-5 in Gainesville. The Gators are 19-3 all time in Donald R. Dizney Stadium.

Three returning All-Americans, 17 total returnees, 11 returning starters and the addition of a top-flight recruiting class makes the Florida lacrosse team ridiculously talented. The Gators' schedule means that they will be more than prepared for the NCAA Tournament. And past performance gives the Florida lacrosse fan base a lot of hope for the season. The 2012 Gators lacrosse team is for real and, I believe, will hoist a national championship trophy in 2012.