Like the passing game, the Florida Gators' running game struggled against the South Carolina Gamecocks. But when given the chance, the Gators took advantage.

So much for Florida Gators running back Mike Gillislee's ability to win the Southeastern Conference rushing title.

I guess that might be a little harsh. He's still got a shot at it. But with his 37-yard performance against the South Carolina defense, it now gets a little tougher. Gillislee is now the No. 4 leading rusher in the SEC with a total of 652 yards.

His seven rushing touchdowns (through seven games, obviously) look nice, but he didn't get one against Gamecocks because finding even a little running room was quite difficult. And by my projections, the Gamecock defense is the second- (or third-) best defense the Gators will play in the regular season.

Against the 'Cocks, there were a total of seven Gators who were credited with a run. Those seven combined to carry the ball 48 times for a grand total of 89 yards. They did rush for two touchdowns, so that was nice, even though the second rushing touchdown was in garbage time.

At this point I'll take it. I'm sure the Gators will as well. 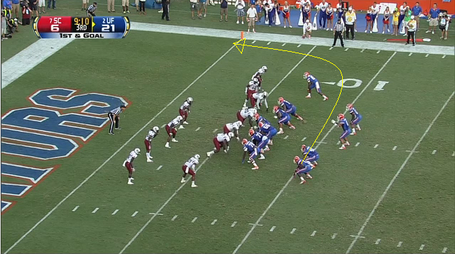 The defense has no clue what is going on. 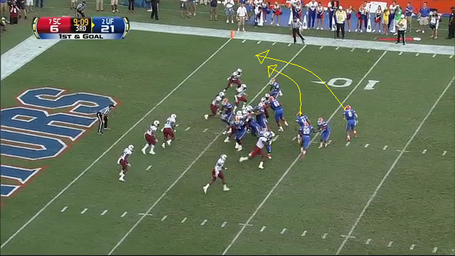 One of the best things about this play is that it frees up two lead blockers. After his handoff, Burton and Hunter Joyer are now free to head down the field and block. 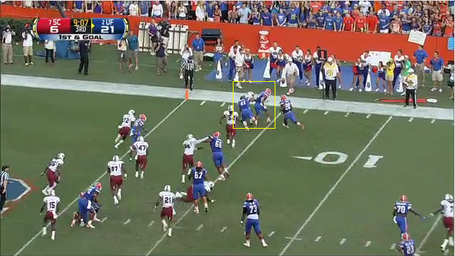 The one defender who can stop Hines before the goal line is taken out by both Burton and Joyer. Hines' path is now clear, for the most part. 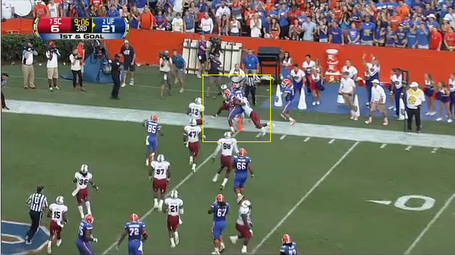 Hines is clearly in for the touchdown. 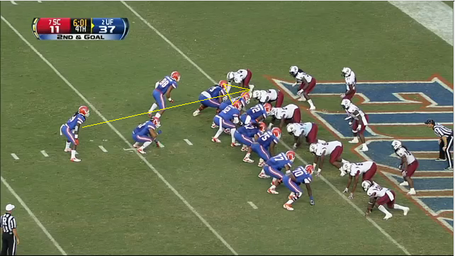 Even though it is in garbage time, it's still nice to see the backups getting into the game and in this case score a touchdown. Here is Matt Jones' first career touchdown. 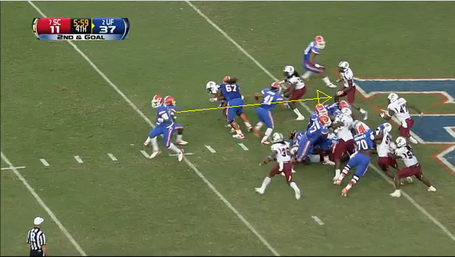 Once again, Joyer is leading the way. I've been thinking about this for some time now, but I think that Joyer is the best Gators fullback I've ever seen since Spurrier's arrival in 1990. 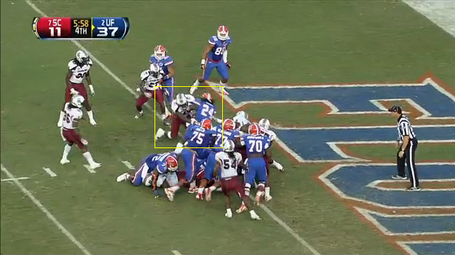 Jones and the linebacker meet at the goal line and Jones falls into the end zone. Touchdown, Gators.

Like the passing game against the Gamecocks, the running game wasn't firing on all cylinders. But that's to be expected against a defense like Carolina's.

I fully expect the offense as a whole wil perform better on Saturday against the Georgia Bulldogs. As for how the defense and special teams played against the Gamecocks, we'll have more on that tomorrow morning.