The "violators" were caught as the Florida Gators defense and special teams played the key role in the Gators' victory over the South Carolina Gamecocks.

Share All sharing options for: Florida vs. South Carolina, Theater of Operations: Defense and special teams key victory over Gamecocks

As the saying goes: offense sells tickets, defense wins championships. I'm a firm believer in that. Especially when it comes to football. Or baseball. Otherwise, the Cleveland Indians (who are, if you don't know, my favorite baseball team) would have won at least three, possibly four, World Series titles in the 1990's and early 2000's.

The Gators would have also won the National Championship in 1995, but hey, tackling steroids in the Fiesta Bowl is more difficult than you'd think. Though I'll be the first to admit that Tommie Frazier is quite possibly the greatest college athlete I've ever seen. Yes, more so than Tim Tebow, Cam Newton or anyone else. But that's another argument for a different day. But please, before you go all panic on me, notice I said "athlete."

But yeah, back to the Gators' game against the Gamecocks.

Play No. 1: Loucheiz Purifoy strips the ball from Connor Shaw 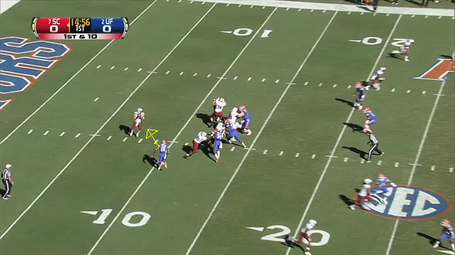 Purifoy comes in on a blitz (which was designed by Will Muschamp before the game) and it just so happens that hey, screw the receiver, we're going to attack the quarterback. 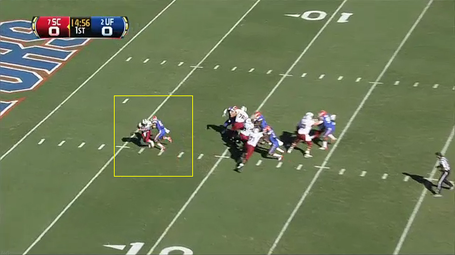 Notice how high Purifoy attacks Shaw in order to cause a fumble. That's not something that is considered normal for a cornerback. But in no way is this team normal.

It's actually something they practice at and watch a very significant amount of film on. Others might see it as luck, but when you're preparing for something, it really isn't luck. 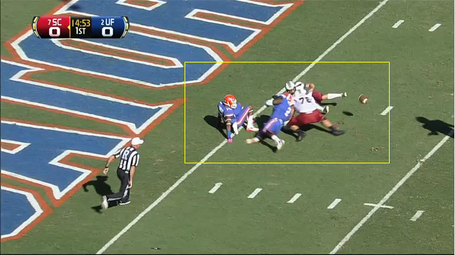 A mad scramble for the ball begins. This is the point where everyone watching it is screaming: "JUST FALL ON IT!" 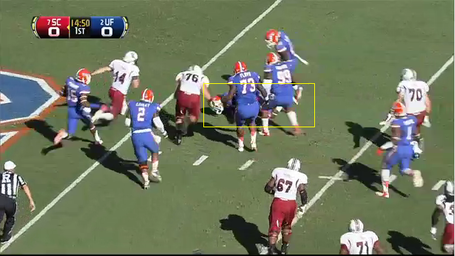 Lerentee McCray will end up recovering the football after he himself nearly lost it by trying to pick it up and running with it. If I was a coach, unless there isn't a player from the other team within 10 yards of you, if you just don't fall on the football, you don't play next week.

But at least it worked out in this instance. 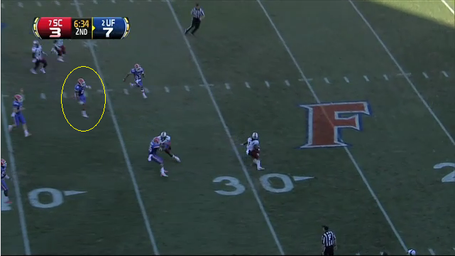 You can't really blame Sanders for anything other than fumbling the football. There is plenty of room for him to return this kick (we've seen him go through more people). It's just all about Burton (yellow circle) using what he learned in the film room and on the practice field to his advantage. 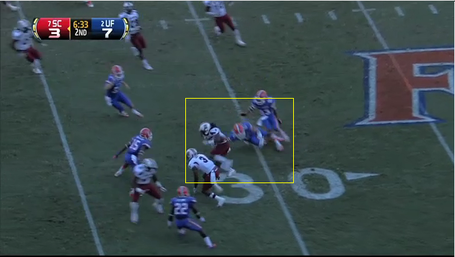 Another high strip of the football by a Gators player. Film room! 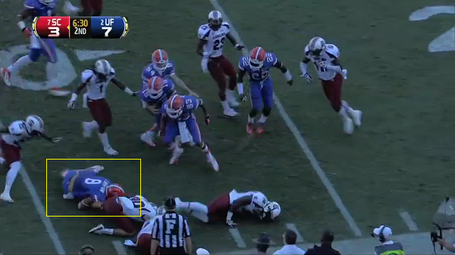 Play No. 3: Solomon Patton strips the ball from Damiere Byrd 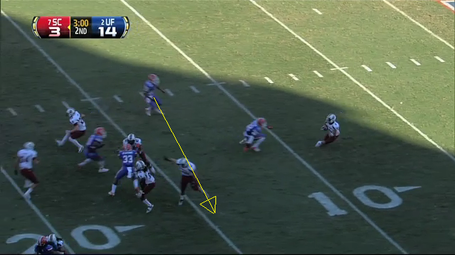 Byrd will make the first guy miss, but like all great special team units there is someone else right there to make the play. In this case it is Patton. 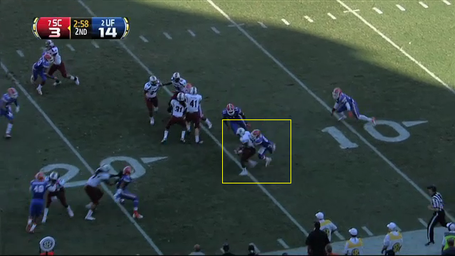 Note to other teams: Do not try to run with the football high (and loose) against the Gators' defense and special teams units. They're looking for you.

Purifoy, Burton and Patton all make plays on the ball to knock it loose by going high. 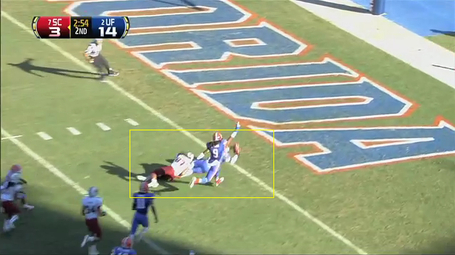 Sophomore running back Chris Johnson ends up with the football and is tackled a yard short of the end zone.