Florida's inability to finish a tackle helped Georgia escape Jacksonville with a victory.

Yes, it is totally acceptable to blame friends who got married during football season for the delay. I'm also pretty sure that they are now dead to me. The one plus of the whole wedding thing: I took full advantage of the open bar. 100-proof Captain Morgan is fantastic!

One of the most frustrating things for a fan of a particular team is watching that team struggle with the fundamentals of football. Whether that fundamental is blocking, catching, tackling or just general knowledge of what to do when something should be done.

For me personally though, being a defensive guy, it is tackling that can frustrate me beyond belief. When done properly, it's beautiful.

Yes, you read that correctly. I just said beautiful.

Even Matt Elam isn't immune to just throwing himself around the field while forgetting the fundamentals of tackling. Once could argue though, that the Gators lost because of a tackle.

I'm looking at you Dominique Easley. 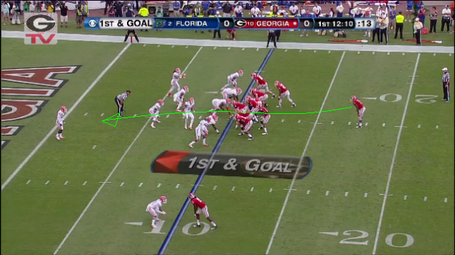 To make this play easier to dissect we'll look at it from a better angle. But to set-up the review, we'll just note that it's a simple run to the left side of the offensive line. 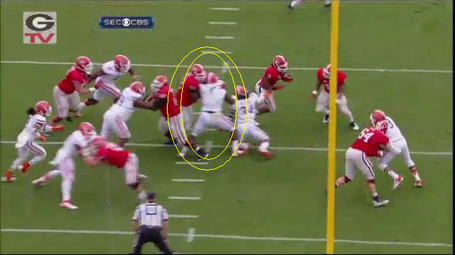 While we'll go ahead and count Lerentee McCray's effort as missed tackle No. 1, but let's not forget the massive hold on Sharrif Floyd here. The only reason why this touchdown was even possible is because Floyd's being held like an al-Qaeda suspect in Guantanamo Bay. 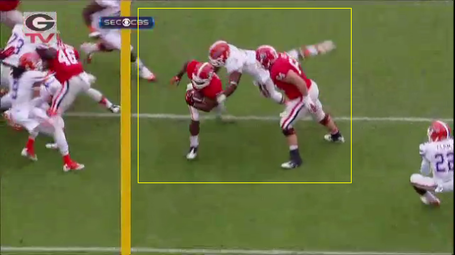 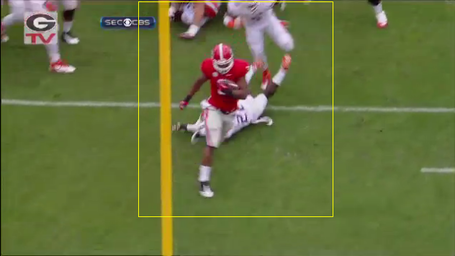 So three missed tackles and a hold. Touchdown, Bulldogs. Right.

I was going to breakdown the play with a setup from the beginning, but said screw it. Watching this game is painful enough. Especially this drive because of the Easley holding penalty that allowed Georgia another chance.

We'll just go ahead and count/look at the missed tackles. 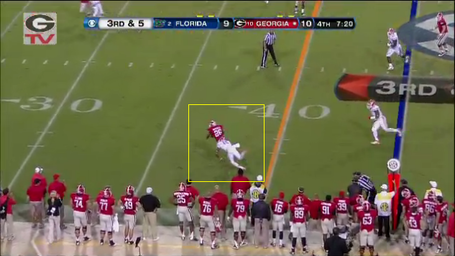 Somehow, Loucheiz Purifoy missed this tackle. Which is surprising because well, the 'Dogs ran this play like four times in a row. 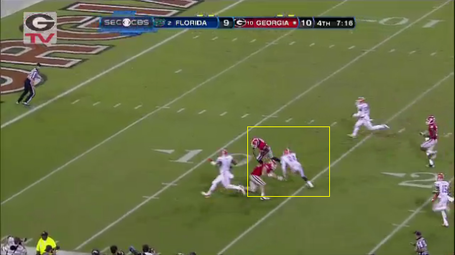 Elam misses the tackle. Yep, that's No. 2 on this play for those counting. 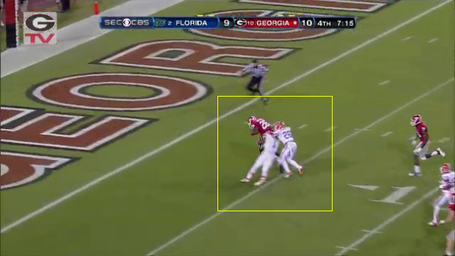 Jonathan Bostic and De'Ante Saunders even try a sandwich type tackle, to no avail. That's missed tackles No. 3 and 4. Same thing as the play above, just worse because the stakes were higher.

You're not going to win football games missing tackles and kicking field goals. I'm not even going to get into the turnovers because, well, that's too depressing.

Tomorrow morning we'll take a look at what went right for the Gators on an otherwise somber day.