Jeff Drisel and the Florida Gators offense goes up against the No. 9 ranked defense (points against) of LSU.

Share All sharing options for: Florida vs. LSU, Theater of Operations: Previewing the Tigers' fearsome defense

We're about to find out in a hurry whether or not this version of the Florida Gators offense is really all that it is cracked up to be. Or, better yet, where the cracks actually are.

The Gators offense, led by Jeff Driskel, goes up against the No. 9-ranked defense (in terms of points against) in the country tomorrow in The Swamp at 3:30 p.m. in a game in which the Gators will be looking for some revenge.

The LSU Tigers give up an average of 12.6 points per game. Granted, they haven't really played anybody (North Texas, Washington, Idaho, Auburn and Towson aren't exactly your traditional offensive powerhouses), and only the Auburn game was played outside of Death Valley, but LSU has taken care of business.

Beat the teams you're supposed to beat. That's what LSU does, even though sometimes, (Auburn and Towson) it isn't all that pretty.

For the purpose of this breakdown, we'll look at the LSU-Auburn game specifically. 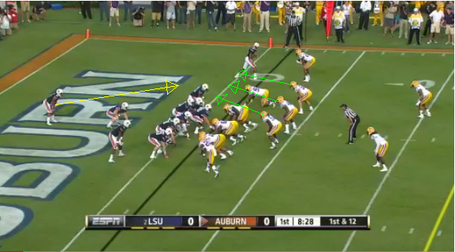 I'm sure y'all are familiar with how important line play is in football, so I'll put the cliches away for another time. Yes, this play is all about the blitz and excellent line play by the LSU defensive line.

Auburn never has a chance to get out of the end zone. 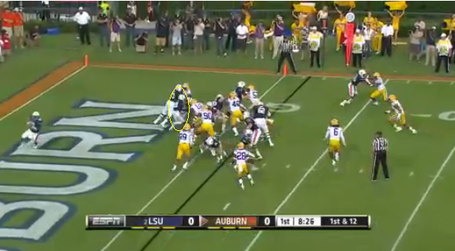 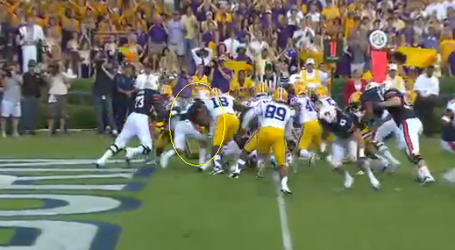 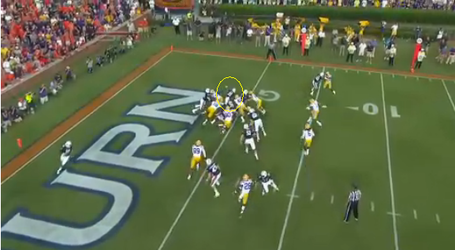 Tre Mason ends up getting tripped up at the 1-yard line. That's a safety (obviously), and there is your ball game.

Play No. 2: Sam Montgomery gets a sack 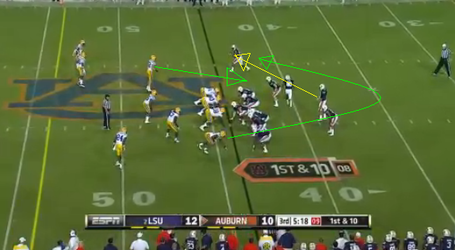 Montgomery is going to be rushing from the left side while the blitz comes from the right. You can only scramble for so long against defenses like LSU's before the worst happens. Also note that Montgomery never quits on the play even though the action happens away from him. 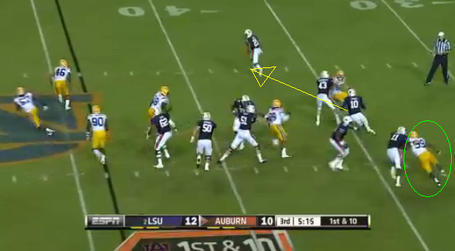 Kiehl Frazier is going to scramble. Montgomery is closing in from behind. 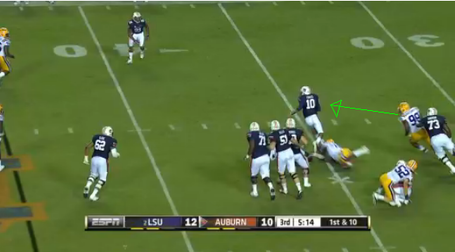 Frazier avoids a tackle, but Montgomery ends up getting free of the left tackle and will get the sack. Great pursuit by Montgomery on the play.

Play No. 3: Anthony Johnson gets a sack

Another thing about the LSU defense is that it's smart. The Tigers play sound football on the defensive side of things, rarely make mistakes and always seem to know where the ball is.

You can see all that on this play: It was going to be a screen pass, but the Tigers sniffed it out and actually ended the play before it even began. 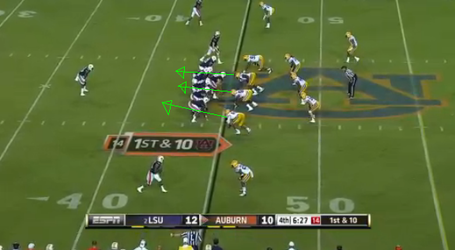 Upon a third look, this play might have been a naked bootleg or something similar to that. But still, the LSU defense is too quick for something like that to be successful. Unless it is luck of course. And you very well know that luck doesn't work against LSU, it only works for LSU. 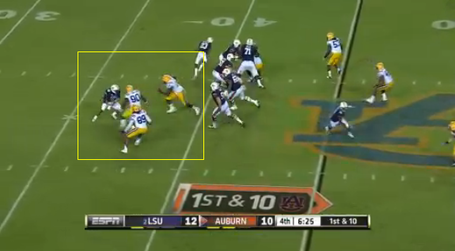 After the play fake: Oh, hello.

Remember in the 1990s when you were just waiting for teams like LSU to give the Gators a run for their money in the SEC? I do. As a matter of fact I was watching the One For All video the other day on VHS (yes, that's the season wrap-up video that shows everything from the opening practices to the games to the national championship celebration) and inside of the case I found a piece of paper that had some hand written notes on it.

For LSU I wrote: "Watch out in the future."

Why? I have no idea, as LSU was ranked No. 12 that year ... and was the homecoming game. But then again I was twelve years old. Crazy kids.