Florida vs. LSU, Theater of Operations: Looking back at Jeff Driskel's performance

Jeff Driskel finally had the performance we all feared the sophomore would have, but it didn't matter.

Share All sharing options for: Florida vs. LSU, Theater of Operations: Looking back at Jeff Driskel's performance

When you mentally prepare for something for to happen, it usually makes it much easier to accept when it finally happens. Well, a sub-par performance from Jeff Driskel, who's played fantastically this year, finally occurred, but the Florida Gators were able to win despite of it, thanks to Mike Gillislee and the defense.

Offensive coordinator Brent Pease only called for a dozen or so pass plays for Driskel and the offense, choosing instead to use a run-first attack featuring Gillislee.

Driskel ended up going 8-for-12 passing for a total of 61 yards, which is by far his worst performance throwing the football of the year. Driskel did add 56 yards rushing on 13 carries, but he was sacked five times and showed that he's still got a long way to go when it comes to decision-making under pressure.

Play No. 1: Driskel is sacked by Anthony Johnson

Out of the five sacks that Driskel took, I think that three of them were his "fault." We're going to highlight two of them here. And in case you're wondering which two I wouldn't blame Driskel for, they were the back-to-back Kevin Minter sacks in the second quarter. 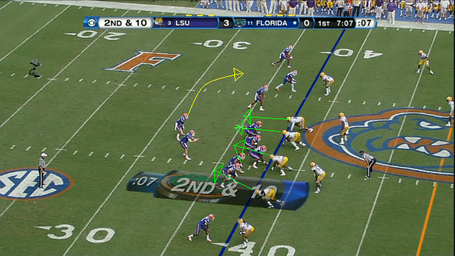 The LSU defense is just going to rush four, while the Gators offense is going to run a quick little bubble throw to the flat. Driskel, it appears, has plenty of time to avoid taking a sack. 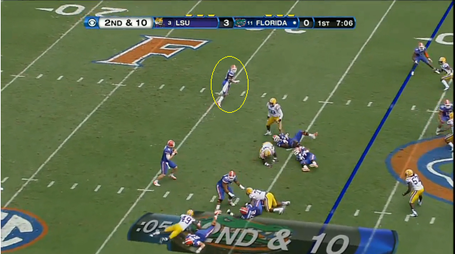 Throw it now! First chance to complete the pass. 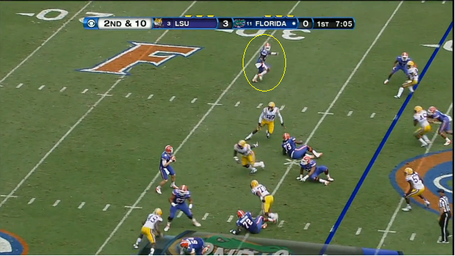 And here's the second chance. At this point you can almost feel the sack coming. 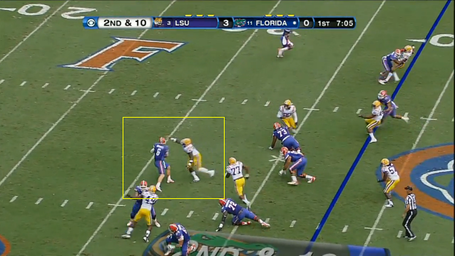 And there it is.

Play No. 2: Driskel is sacked and fumbles 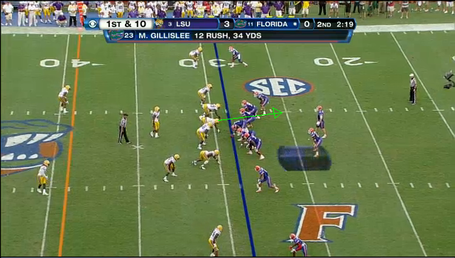 Once again, this is all on Driskel. The difference between this one and the play profiled above is that on this play, Driskel tries to do too much. 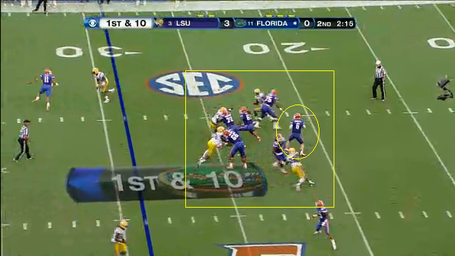 You can see here that Driskel does have a nice pocket right after the snap. But nobody is open down the field. 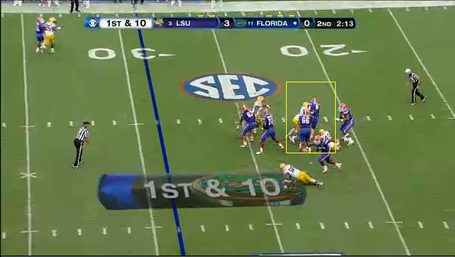 Driskel had about a half-second to throw the ball away before this moment. Now, unless he can break the tackle immediately, it's time to just fall down and take the sack.

There are times when you need to be a hero. If this were the last play of the game, by all means, Driskel should have fought the sack. But in a three-point game, right before the half? Just fall down. 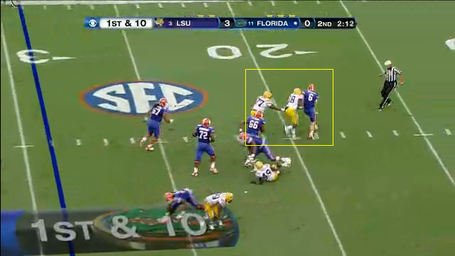 Or not. You know, whatever. 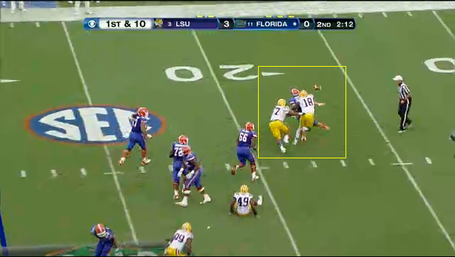 As we know, Driskel fumbled the ball, and LSU would end up recovering it. Luckily, though, the defense held the Tigers to a field goal.

I don't mean to harp on Driskel, but in a game that was largely defensive, there just isn't much to go on. Driskel did put the game away by using his legs, much like he did against Texas A&M, but he wasn't nearly the primary reason Florida had success on offense.

Driskel will improve, no doubt. He's already much farther along than any of us thought possible. But we all knew a performance like this was coming, and I'm just glad the defense (and Gillislee) had his back.