The Gators managed 356 yards of offense against Jacksonville State. Who are the worst defensive team in the FCS. Whatever.

Share All sharing options for: Florida vs. Jacksonville State, Theater of Operations: Reviewing the Gators' sputtering offense yet again

You tell me how a team that has (pretty much) the worst defense in the Football Championship Subdivision holds the Florida Gators' offense to 356 yards and 16 points.

How is that possible?

16 points! 16 freaking points! Against Jacksonville State for crying out loud.

Jacoby Brissett threw for 154 yards on 22 attempts. Mike Gillislee lead the team in rushing with 122 yards on 20 carries. Jordan Reed was the team's leading receiver with 42 yards on just two receptions.

Even though Gillislee did find the end zone, we are going to be in serious trouble next week against a Florida State Seminoles defense that is probably the best we've faced all year. 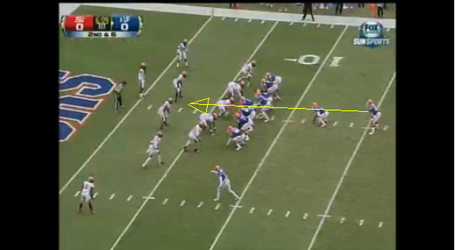 Gillislee is going to take the ball right up the middle. This is apparently all the offense can do, but they don't do it consistent enough. 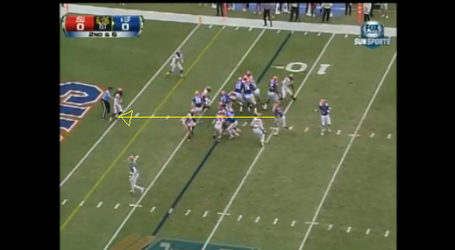 I've left the arrow line down a bit so that you can see the running lane that opens up. Good job of blocking by the offensive line on this play. 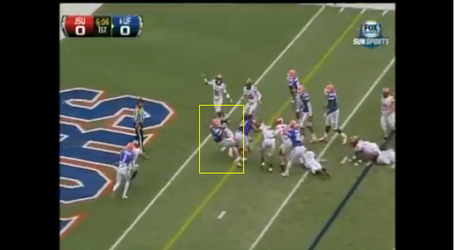 Gillislee just runs into the safety and falls over the goal line for the touchdown. 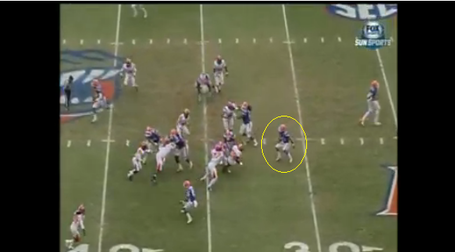 For a play that was supposed to go all the way to the left, Gillislee has to cut back to the right and find a hole. 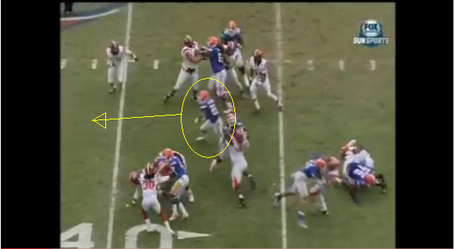 Once again, great blocking by the offensive line (and at this point, the receivers as well). 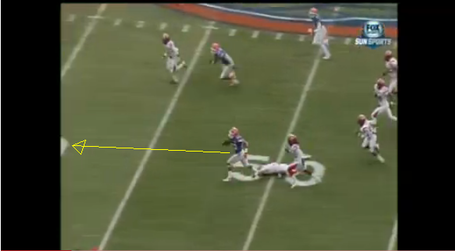 While Gillislee might have the numbers to back it up, I don't think he is all that fast. We'll see at the combine or the Gators' pro-day, but for now, on this play, he has all the speed needed to take this play to another level. 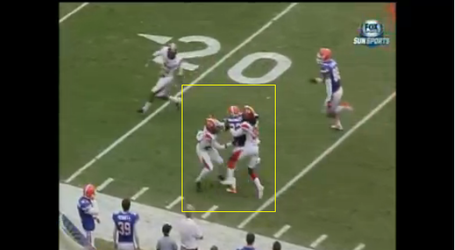 After a small cut back to the inside, Gillislee is finally caught and captured at around the 20. 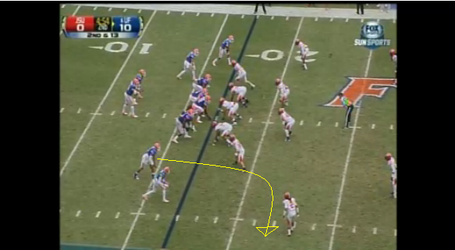 Reed is clearly not the primary target on this play, but Brissett's hand is kind of forced on this play. 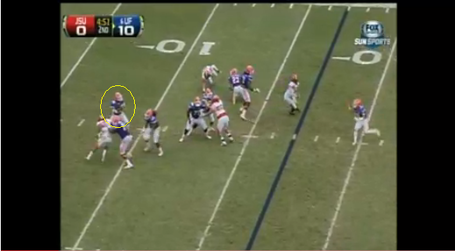 Four receivers go out and Brissett is still looking for someone to throw to. Remember back in the days of Spurrier, Zook and that other guy who loves doesn't love we're not really sure if he loves his family, when the Gators would just absolutely destroy these teams on offense? 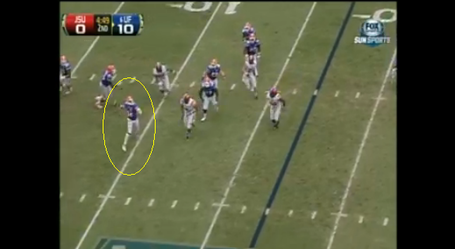 After dancing around for another second or two, Brissett has to scramble and leave the comfort of the pocket to make a play. It's actually a rather good throw. 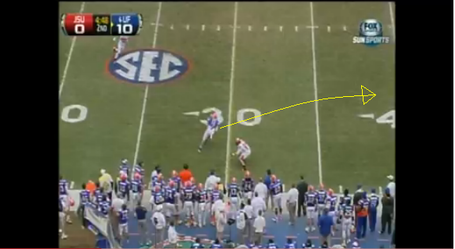 Reed makes the catch and turns up the field.

The Gators scored one offensive touchdown and kicked three field goals. I have a sneaking suspicion that type of output isn't going to cut it next Saturday against Florida State.

You don't win football games by kicking field goals. For an example of that, just look back at the Georgia game this year. It just doesn't happen.