In part one of our look at how the safeties performed in 2011, we took a look at someone who is arguably the best player on the defense and quite possibly the entire team. And don't worry, I'm not referring to Moses Jenkins in any way so you can continue drinking that coffee.

Oh, you didn't think that?

In that case, let's just move right along quickly and take a look at the other safeties who played significant minutes during this past season. I know it is shocking but it is true. I even looked it up. It's right there in black and white. Apparently, they go by the names of Josh Evans, De'Ante Saunders and Jaylen Watkins. Yes, I know that Watkins saw the majority of his time at cornerback, but Theater of Operations goes by what the player is listed as on GatorZone unless the committee rules otherwise.*

We'll go ahead and start with Evans first despite his penchant for taking horrible angles over and over and ov ... well, you get the idea. He did in fact record an interception against Tennessee (more on that later), so all wasn't lost with him. He did finish the season with the fifth most tackles on the team. I even looked that up as well to confirm. It checked out.

As for Saunders and Watkins, can you say growing pains? The growing pains were so evident in fact, that someone who shall not be named at Alligator Army actually thought Watkins was a freshman in 2011. What a sorry excuse for a fan that guy must be.

Moving along quickly yet again, Saunders had two interceptions (one in which he returned for a touchdown) and Watkins is still getting burned by Georgia Bulldog wide receivers. Wait, I'm fairly sure that Saunders was also burned on a 4th down pass against Georgia.

I thought Georgia were the ones who always got burned? 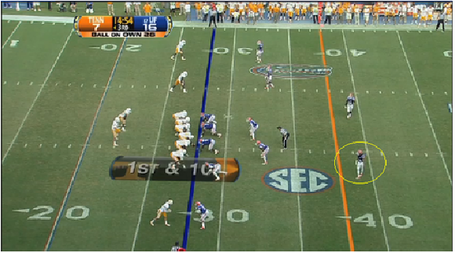 Bray's apparent inability to account for Evans (yellow circle) who is shadowing him fifteen yards down the field costs the Vols here on this play. 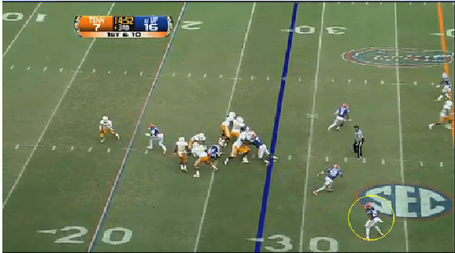 Shaw has broken off of the man-to-man coverage and is now playing zone. He is also mirroring whatever Bray does. Notice the pressure that Jaye Howard gets. He is the one who flushes Bray out of the pocket. 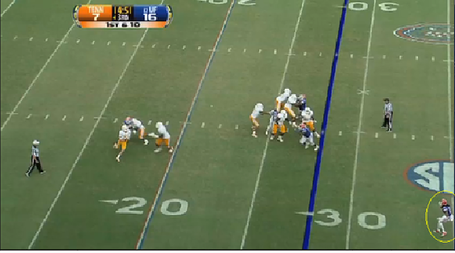 At this point, Bray has decided to throw the ball. Still being pressured from the side, so he knows he has to hurry. 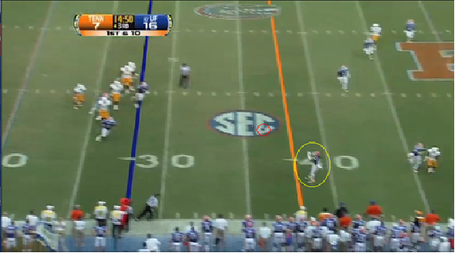 Either Bray didn't see Josh Evans, or he didn't put enough air on the throw. 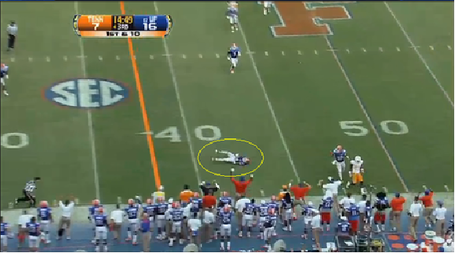 Play No. 2: Saunders gets burned against Georgia for a touchdown: 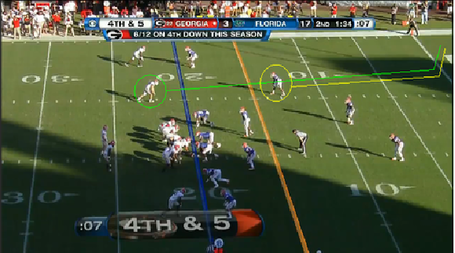 Talk about one of your all-time mismatches. "Pop" Saunders, who is 5'8", will be covering Georgia wideout Michael Bennett, who is 6'3". Without help. How will this go? 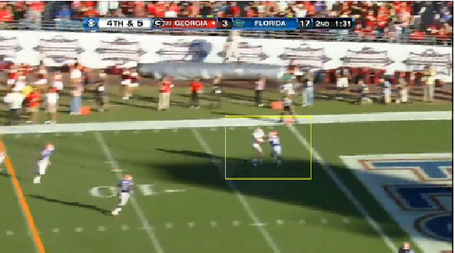 The ball is in the air and Saunders is staying with him at this point. 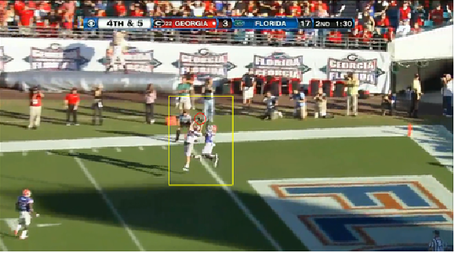 The ball is now in Bennett's hands. Saunders is in mid-air, doing the best he can to knock the ball out. 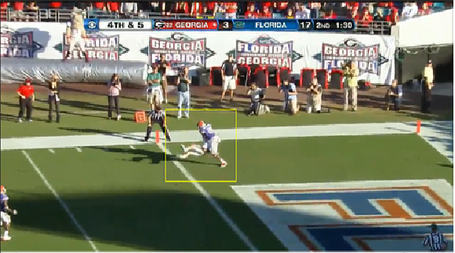 Bennett ends up holding on to the ball for the touchdown. Saunders actually had great coverage on the play; it was more a matter of height mattering more, and, well, Saunders is at more than half a foot of a disadvantage. There can be absolutely no blaming of Saunders on this play.

Play No. 3: Saunders' interception return for a touchdown against Furman: 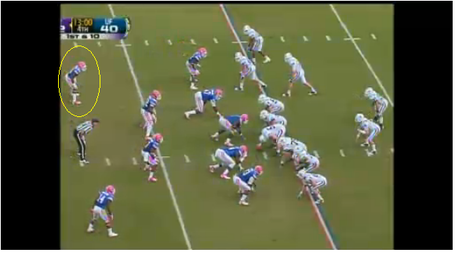 One of the few positive plays in the Furman game. 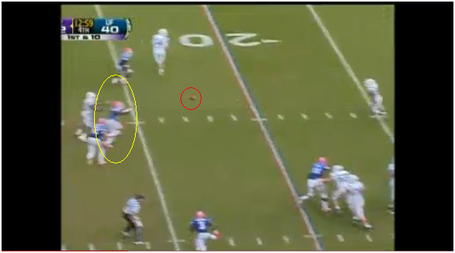 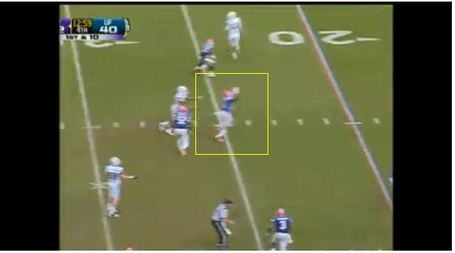 Play No. 4: Watkins gets burned against Georgia for a touchdown: 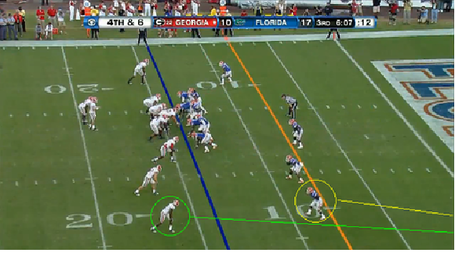 Georgia will have a height advantage on this play, too, though it will be a much smaller one. Tavarres King is 6'1" and Jaylen Watkins is 6'0"; while that is relatively even, there is still an advantage there for Georgia. It should also be noted at this point that the only reason why Watkins is in man coverage is because Riggs hurt his wrist and was out for the rest of the game. 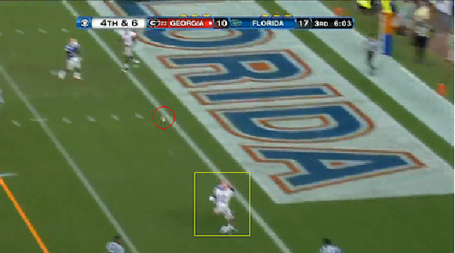 The ball is nearly there and Watkins is right there with King. 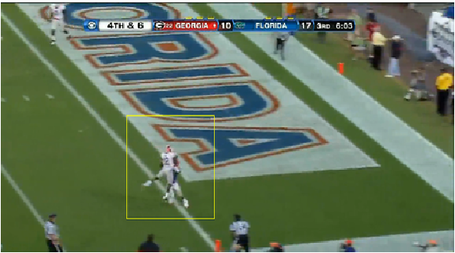 Look at that coverage! Once again, a Georgia wideout makes a stellar play. 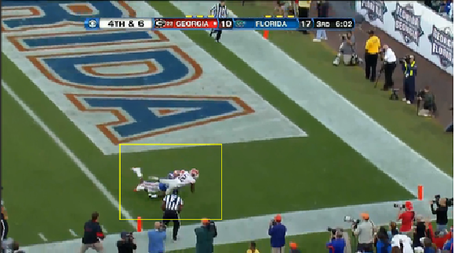 Watkins fights to knock the ball loose the entire way down, but to no avail.

You know, I'm not going to knock them for trying. I think for the most part they play well for being so inexperienced. I also think that much like what happened from 2007 to 2008, you're going to see a much different (and improved) secondary in 2012.

*In case you were wondering, yes, I am indeed the entire committee. A one man judge, jury and sole decision maker of all things Theater of Operations. It's a post that is considered by people in high places to be right up there with the United Nation in terms of actual power.