Share All sharing options for: Theater of Operations, Florida Gators Season Review: The Linebackers, Part One

As the leader of the Florida Gators defense for the last year and a half, Jonathan Bostic has seen what the elite of the SEC has to offer. Coming into the season, Bostic was voted to three different preseason All-SEC teams and two award watch-lists. So yes, there was a certain expectation level that Bostic was expected to reach.

In my opinion, he reached those expectations.

Bostic finished the season with ninety-four total tackles (including ten for loss), three sacks, two passes-defended and a forced fumble. While he didn't earn any postseason awards, Bostic was a steady contributor throughout the season. He lead the team in tackles seven times and had a season-high thirteen total tackles against the LSU Tigers in October. His best individual performance in regards to tackling was probably against the Gamecocks in November, where he led the Gators with ten solo tackles (twelve total).

Throughout his time in Gainesville, Bostic has shown an incredible ability to always be where the ball is. While he doesn't always make the play, he always seems to be the first linebacker there. I think if anyone is going to benefit from the Gators' new strength program, it is going to be Bostic. Being the starting middle linebacker has its advantages. 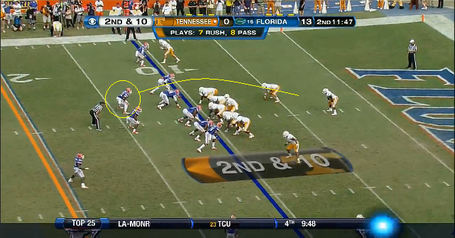 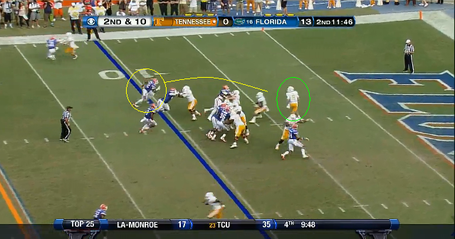 At this moment, there is nobody from Tennessee standing in Bostic's (yellow circle) way of quarterback Bray (green circle). 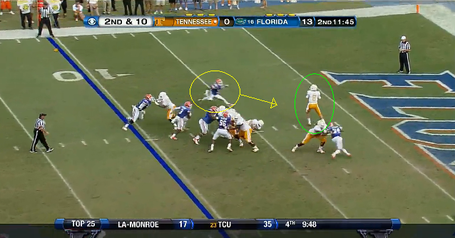 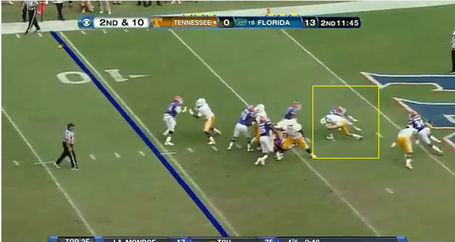 Bostic gets the sack on Bray (yellow square). Actually this sack was pretty easy for Bostic. He got to the quarterback untouched and had a clear line of sight. 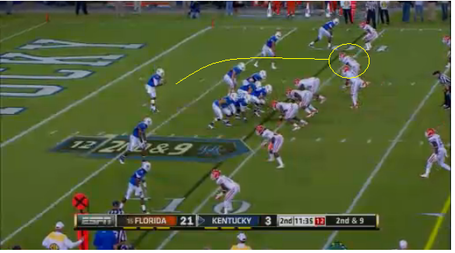 Bostic (yellow circle) will again come untouched off the edge blitz. This time however, the result of the play is much more than just a sack. 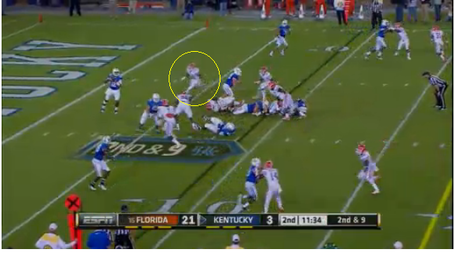 The only difference between this play and the one profiled above is that Bostic (yellow circle) is coming from the opposite side of the line. Newton has no idea that Bostic is on his way. 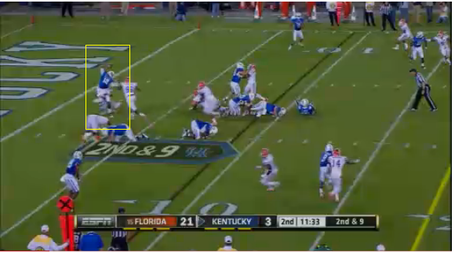 Bostic makes contact with Newton just as he is in the middle of this throwing motion (yellow square). 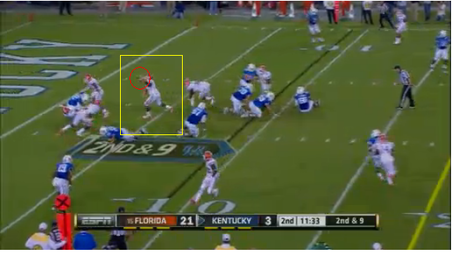 The ball (red circle) is flipped up into the air because of the hit by Bostic. Jaye Howard is in position to grab the ball out of the air and run into the endzone for the touchdown.

Play No. 3: Bostic gets burned on the option by Vanderbilt quarterback Jordan Rogers: 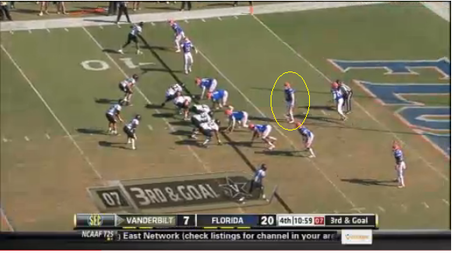 Most of the time I like to stick with a positive theme within the Theater of Operations posts. But from time-to-time, a play sticks out that is worth showing even though it wasn't a good one for the Gators. Oh, and to you know, keep up with the impartial aspect of the posts. Actually, more the first one than the second one. 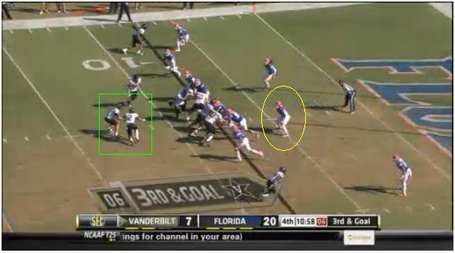 The play in question here, is your basic quarterback read-option. Rogers is going to decide on whether or not he wants to hand the ball off to the running back or keep it himself (green square). Bostic (yellow circle) still hasn't made up his mind yet on who he is going to follow. 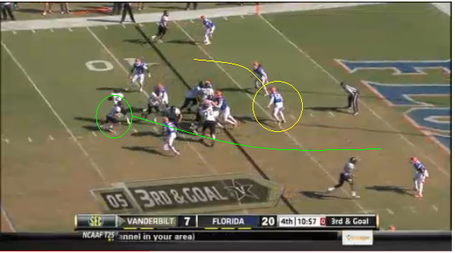 Bostic (yellow circle) follows the running back instead of Rogers (green circle). 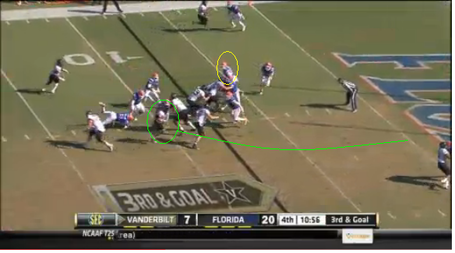 Rogers (green circle) as a result, has a clear lane to run for the touchdown. Bostic (yellow circle) realizes that he has left the middle of the field wide-open. Just a bad read on the play by Bostic and one that cost the Gators seven points.

Bostic will be entering his senior year in 2012 and bigger things are expected from him. He's going to be called upon to lead what should become a greatly improved defense and to make sure that complacency doesn't set in.