Aside from Jonathan Bostic, there were two other linebackers during the 2011 season that saw significant playing time. Those linebackers were redshirt sophomore Jelani Jenkins and redshirt freshman Michael Taylor. While they both played impressive, they seemed to flip-flop on who played. Jenkins' lone game out of the lineup (against Vanderbilt) was the same game in which Taylor earned his first career start.

It was pointed out in the comment section in part one of the linebacker review, that Jenkins is considered by some to be the best linebacker on the team. Which is something that I tend to agree with. On the year, Jenkins had seventy-five total tackles including six for a loss, two sacks and an interception returned for a touchdown.

As for Taylor, who's highlight of the season was probably his forced fumble against the Florida State Seminoles that led to the lone points on the night for the Gators, he also had a good year when taking into account it was really his first year playing substantial minutes.

Taylor had thirty-six total tackles with four and a half of them being for a loss, a forced fumble and an interception. I'd like to stress again, that his forced fumble led to the points which kept the Gators from being shut out against the Seminoles.

Play No. 1: Jenkins' interception return for a touchdown against Furman: 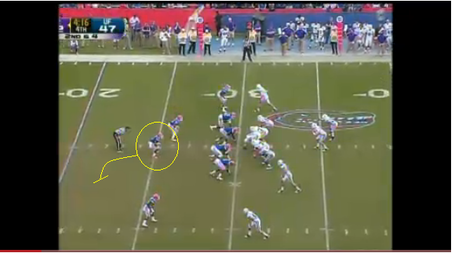 Jenkins (yellow circle) is just going to drop back into coverage on the play. He's going to be covering the middle underneath route. 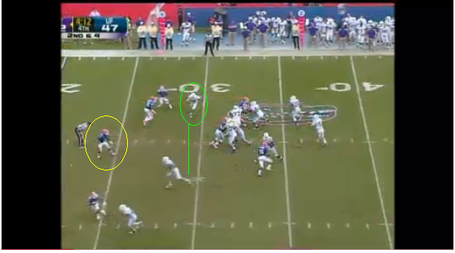 Jenkins (yellow square) is dropping a few yards back into coverage, while the receiver (green circle) begins his crossing-route over the middle. 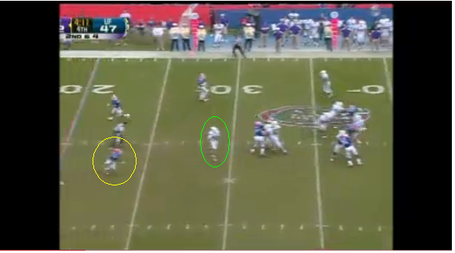 As the ball is thrown, notice the positions of both Jenkins (yellow circle) and the receiver (green circle). If the receiver catches the ball, he more than likely isn't going to get much positive yardage. 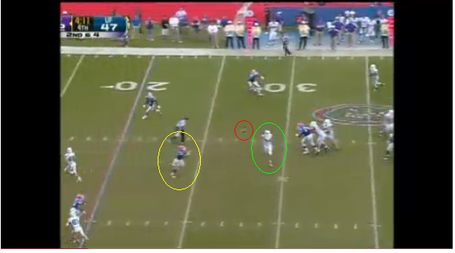 The ball (red circle) is thrown poorly, which allows Jenkins (yellow circle) a chance at an interception. 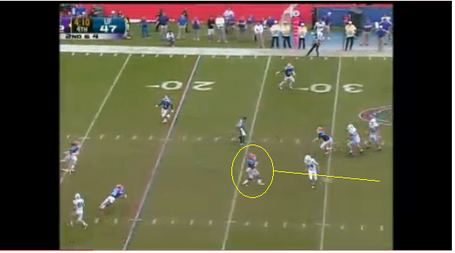 Jenkins (yellow circle) makes the interception and takes it 75-yards for the touchdown. 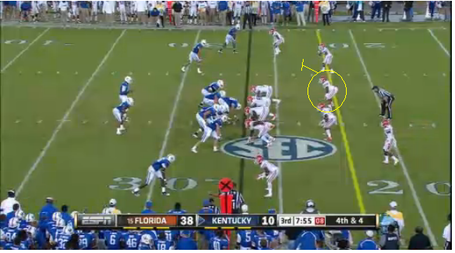 Taylor (yellow circle) basically does the same thing that Jenkins does in the play above. He just kind of sits there in coverage and lets the ball come to him. 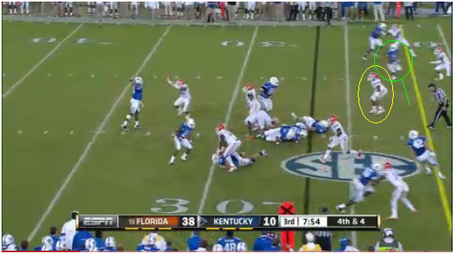 As Newton gets ready to throw the ball, you can see what the plan is. Since it is 4th and 4, the receiver (green circle) is running a crossing-route over the middle and he does have the advantage on the defender. I don't think that Newton saw Taylor (yellow circle) and that led to the interception. 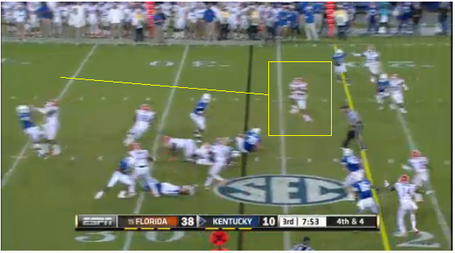 The ball is thrown right to Taylor (yellow square) and he returns it 30-yards.

Due to technical difficulties, this play, which was requested, will be taken directly from it's original Theater of Operations spot in the defensive review of the Florida State game. 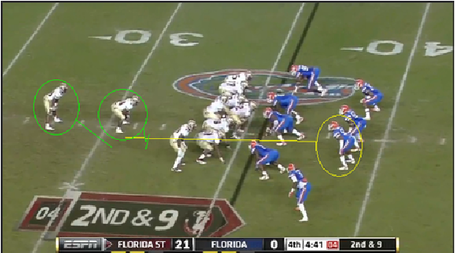 This play is all about linebacker Michael Taylor (yellow circle). He is going to just absolutely destroy the fullback (right green circle) who attempts to block him, and then knock the ball out of the hands of Jermaine Thomas (left green circle) causing a fumble. 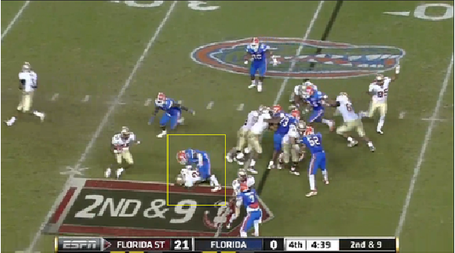 This is the moment in which Taylor (yellow square) levels the fullback. 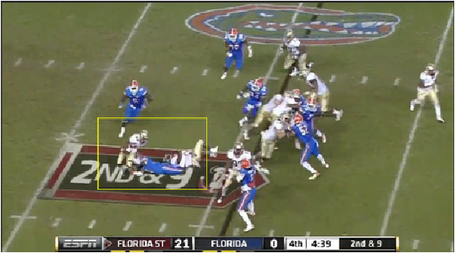 Taylor (yellow square) is then going to use his left arm to know the ball out of Thomas' hands. 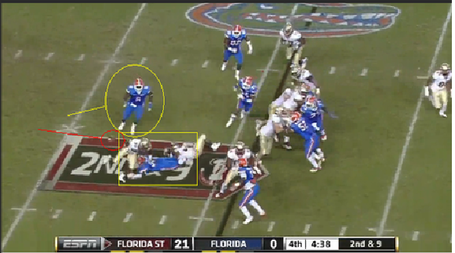 Given the play from the linebackers this year (including Ronald Powell) and given the fact that they are for the most young, I expect big things from them in 2012. Sure they are a little undersized, but still, they now have almost all played at least one full season. The experience they gained from that should overshadow that a little.