The cornerbacks of the Florida Gators were probably the most criticized unit on the team. Aside from being unfairly blamed for the Gators' loss to the Georgia Bulldogs, the unit improved as the season went on. What was especially noticeable however, was their lack of interceptions. When only one cornerback on the roster (Marcus Roberson) gets an interception, you're going to struggle as a unit.

Speaking of Roberson, he was arguably the Gators' best cover corner throughout the year, but he wasn't without his struggles. For a large portion of the season, Roberson looked lost and confused. In terms of talent, one could see that he was going to be just fine, but his season was cut short due to a neck injury.

Cody Riggs on the other hand, didn't quite progress as expected. The sophomore cornerback struggled mightily the entire season picking up the new defense. Riggs didn't manage a single interception on the year (but then again, the entire defense struggled throughout the year getting turnovers) and took what seems to be a step back in the learning process.

I still feel that Riggs will get there, but it is taking a little longer than I thought. 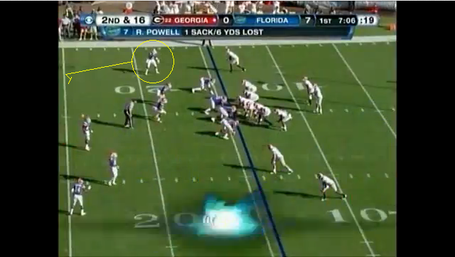 Roberson (yellow circle) is just going to play zone-converage. The Bulldogs on the other hand, are going to attempt to run a little screen-pass to Isaiah Crowell. 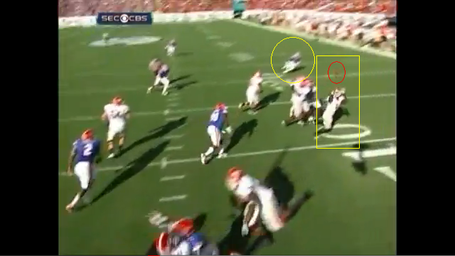 The ball however, bounces off the head of Crowell (yellow square) and Roberson is there to capitalize. 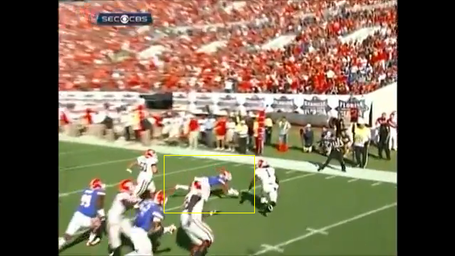 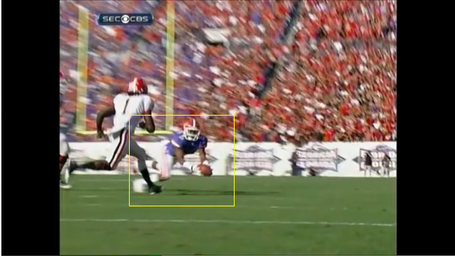 And yes, Roberson does indeed keep the ball off the ground.

Play No. 2: Riggs is burned deep against LSU: 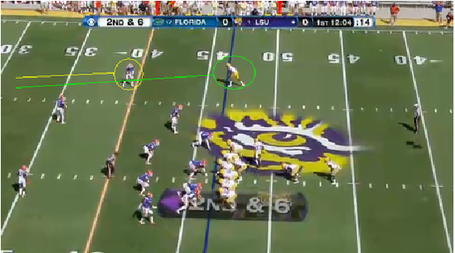 Riggs (yellow circle), who is playing Randle (green circle) one-on-one, makes a critical miscalculation on the play. You can't really see in on the film (unless you watch the replay, which isn't available in the highlights), but he turns the wrong way. This is something that the coaches will point out to him in during film study, and, hopefully, it won't happen again 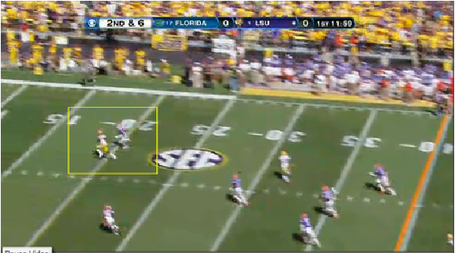 Because he rotates to the outside (instead of inside), Riggs is in a terrible position on this play: A yard behind the receiver, and even worse, on the outside shoulder. This is not good, especially considering the throw is on Randle's inside shoulder. 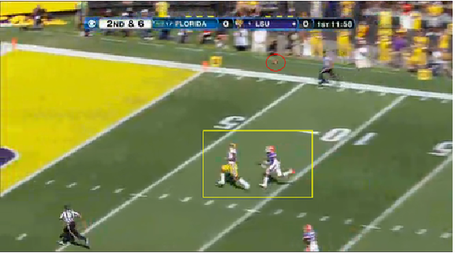 Riggs has no chance at all. 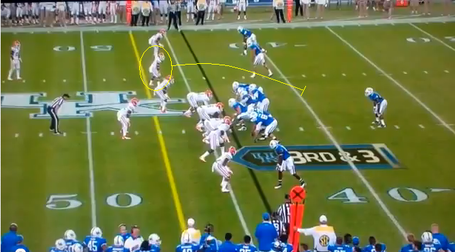 Riggs (yellow circle) is going to come on a blitz. Yeah, even Riggs who is listed at 5'9" can blitz. I say listed because as we all know, he probably isn't even that. 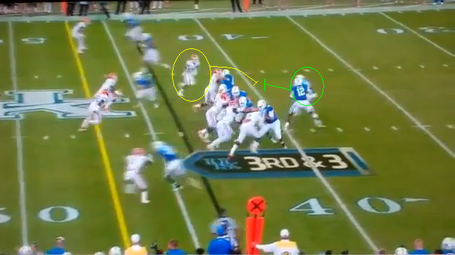 Riggs (yellow circle) comes free, but the running back (green circle) is going to pick him up. 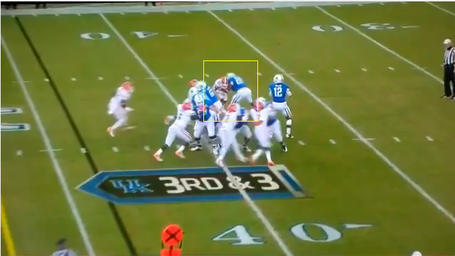 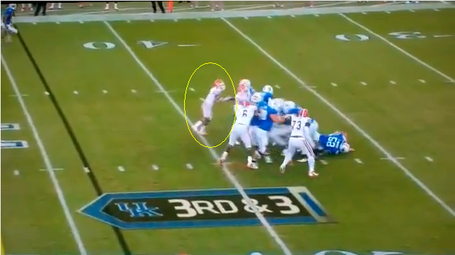 As Newton begins his march in the scrum, Riggs (yellow circle) is trying to figure out where he is. 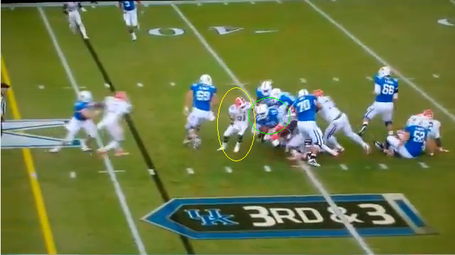 As Newton (green circle) is getting tackled, Riggs (yellow circle) locates him. 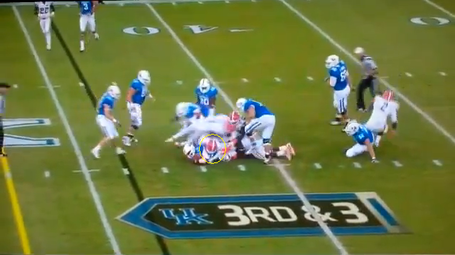 Riggs (yellow circle) gets the half-sack along with Ronald Powell.

Count me in the group, and I know I said it before last season as well, but I think the cornerbacks are going to be just fine moving forward. The group (make that the entire defensive back unit) is extremely young and much like from 2007 to 2008, there was significant improvement. I fully expect things to be parallel to that.