The easy thing to write about from Florida softball's eventful Friday is the thing that made history. Florida fell 2-1 to Florida Gulf Coast in their first game of the Gainesville Regional of the 2012 NCAA Tournament, starting off their attempt to make a fifth straight Women's College World Series with a loss to a program that had never before appeared in an NCAA Tournament.

The Gators, the No. 5 national seed heading into the 2012 NCAA Tournament, never led against the Eagles, thanks to Kirsten Bembnowski's second-inning homer off Hannah Rogers. Florida got its in the third inning on Lauren Haeger's RBI single, but would not score again on FGCU starter Shelby Morgan, and Emily Lanier's solo shot off Rogers (seven innings, six hits, two earned runs, two walks, nine strikeouts) in the sixth inning proved to be the difference.

Florida falls to the losers' bracket of the Gainesville Regional, and will face UCF — a team that shut out the Gators in their only meeting of the season — on Saturday in an elimination game. The bright side of Friday's result on the field, for Florida, might just be that they will always be fondly remembered by Florida Gulf Coast: the win was the first for the Eagles by any team in any Division I NCAA Tournament, and this is FGCU's first year as a Division I program.

But all of that seems almost like subplot, given that sophomores Kasey Fagan and Cheyenne Coyle and freshman Sami Fagan were suspended and departed from the team mere hours before the 2012 NCAA Tournament, reportedly after an altercation, and will reportedly transfer from Florida.

UF announced on Friday afternoon that the Fagans and Coyle would not play against the Eagles; coach Tim Walton told reporters after the game that all three players were off the team for the rest of the season.

When asked if that was permanently, he said:

"As you go through the end of the season you've got to address everything where you're at, so as of right now they are off the team for the rest of the season."

Kevin Fagan, father of Kasey and Sami and their former softball coach, told The Gainesville Sun that "an altercation on the team" is to blame, and that Walton made the decision to cut those three players loose.

"The team sort of divided and Walton felt like it was in his best interest to get rid of those three," he said.

"I've scheduled an appointment with the athletic director, but yes, they're done there," he said. "They won't play there anymore."

Saturday morning, Sami Fagan took to her Facebook page to pass along her own statement:

The three of us have not been released from the team because of racism or bullying. There are a lot of rumors circulating that are false. Kasey and Cheyenne were both Michelle's roommate. All three of us are good friends with her, and will remain close to her. It is sad that people have created such false accusations.

Fagan is referring to Michelle Moultrie, UF's only senior, who is black. Update, 12:05 a.m. Sunday: Moultrie just tweeted her own comments about the still-mysterious altercation:

Kasey, Sami, and Cheyenne are really good friends of mine. This is hard on everyone. Please don't spread crazy rumors. They're not true.

In a comment on that status, Fagan wrote "We will not be returning to the University of Florida. Thank you all for your support." If you want an indication that the three players — who reportedly took in the Fagans' alma mater, Dunnellon High, losing to Lake City Columbia High on Friday night, a game that featured Florida football target Laremy Tunsil — will transfer that goes beyond the father of two of them saying as much, getting it from one of the players is probably pretty good.

If race played a role in the altercation that is reportedly at the root of this suspension, it would be just another example of the Florida softball team clumsily handling the subject. In October, Rogers tweeted pictures of herself and other Florida softball players dressed up as Florida football players, complete with blackface, for a costume party.

In the comments of that post, "softballchick" added that Rogers and Kelsey Horton dressed up as "INDIA ladies" for a "COWBOY/INDIAN party." That party may, perhaps, be the root of these pictures of Sami Fagan and Coyle, both used as the players' Twitter backgrounds for their now-defunct accounts. 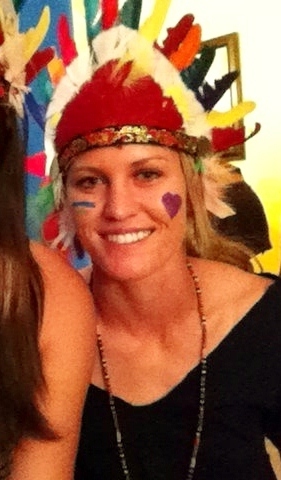 This photo, of Fagan, was uploaded as a file named "indy.jpg." 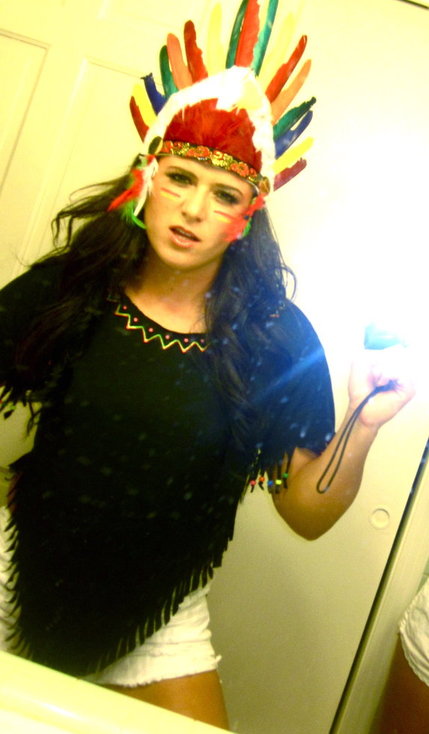 This photo is from Coyle. All three players deleted their Twitter accounts over the course of the past 48 hours, and Florida pitcher Lauren Haeger tweeted that she is following suit and deleting her account; Haeger also tweeted out what could be thoughts in the wake of the altercation on Thursday. 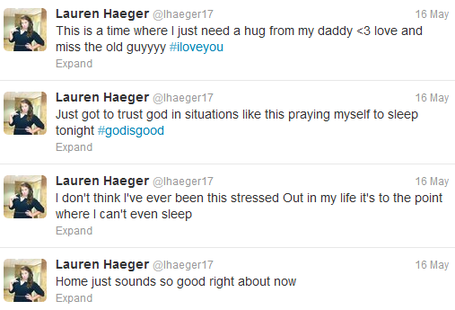 Something has felt wrong to me about this Florida softball team since Rogers tweeted those photos. The team banded together that night on Twitter to attack a person who used a vulgar term in a reply to Rogers in re: her photos; they did the same thing recently to attack the many vocal critics of Florida baseball's Cody Dent (the boyfriend of softball player Ensley Gammel), charging that fans should be unfailingly supportive of their team, not critical. They were wrong about that, I think, because fans have every right to boo their own players, much less accurately assess players like the weak-hitting Dent as deficient, because being a fan is not an act limited only to cheering.

I consider myself proof of that: My own fanhood of Florida softball has been a tempered one since the photos, with my pride in them as fellow Gators mitigated by off-putting tweets about how (and I'm paraphrasing, as I failed to save those tweets) fans would not have to go to church on Sundays because of many players' use of Christian worship songs as at-bat music, my discovery of Fagan and Coyle's "Indian" getups (which are every bit as racially tone-deaf as the use of blackface), and, recently, being told that an underage softball player was seen drinking at a Gainesville bar.

Right or wrong, the impression I got of the Florida softball team, as an attentive and interested observer, was of a team with a small-minded cadre of players at its core — a clique that did not take kindly to criticism or adversity, and that did more scowling than smiling. (For what it's worth, I thought that both last year's cover of Avril Lavigne's "What the Hell" and this year's cover of "Call Me Maybe" were significantly less fun than the source songs, partly due to what seemed like a conscious effort to appear to be having fun.)

We don't know all of the story of the last two days yet, and we might not know it, if Walton chooses not to divulge his reasons for reportedly dismissing the Fagans and Coyle and the Fagans and Coyle decide to keep mum about their part in it. I know very little beyond what I've written and reported here. But I know enough about Florida sports, and this Florida softball team, to consider this season one of the most painful to endure by any Florida team over the span of my Gators fanhood.

In quotes after Friday's loss, Walton seemed resigned to this outcome being the result of him making the best decision when faced with a hard choice.

"It's something that I handled and handled as well as I could and as well as I'm capable of handling," Walton said afterward. "I'd be crazy to say it didn't affect the team.

"A team is a team and you work hard from the beginning of the season. Any kind of departure of any person on this team not in that lineup or not on this field is a distraction, no question."

The distraction is not helpful, to be sure. But it's also factual that the Gators are worse without three reliable starters. Without the Fagans and Coyle — Sami led the team with a .371 batting average; Coyle swatted 10 homers, was third on the team with 34 RBI, and played solid defense at shortstop; Kasey started 50 games for Florida — Florida's hopes of heading to Oklahoma City are on life support, even with the return of power hitter Brittany Schutte (.457 average, three homers, and 23 RBI in 18 games in 2012) to the lineup, and their chances of playing after this weekend are almost as slim, with three teams that have beaten the Gators this year playing a team significantly reduced from its peak potential.

The Gators play what could be their last game of the season this afternoon at 3:30 against UCF. While I have never and hopefully will never root against any Gators, I can't say I'll be particularly upset if this lost season meets an abrupt end.