Florida Vs. Texas A&M, Theater of Operations: Reviewing The Gators' Running Game Against The Aggies

Share All sharing options for: Florida Vs. Texas A&M, Theater of Operations: Reviewing The Gators' Running Game Against The Aggies

Theater of Operations will now return to its regularly scheduled times. Expect reviews Sunday through Tuesday and previews on Friday.

Just like last week against Bowling Green, the star offensive player for the Florida Gators was running back Mike Gillislee. Without his efforts against Texas A&M, the Gators would have most likely lost.

And this time he played through some serious pain.

The pain he played through, while obvious, is still kind of secret. He certainly wasn't the only Gator to play through pain against the Aggies -- we'll have more on the other players when we breakdown the defense tomorrow -- but the fact remains that late in the game both Mack Brown and Matt Jones each got touches that in the past would have been reserved for Gillislee.

The not so distant past anyway.

The option offense is back! Only this time I feel that offensive coordinator Brent Pease has a better understanding of it than Charlie Weis. 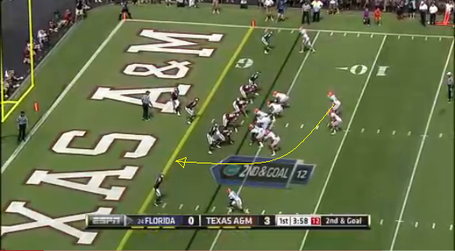 Trey Burton makes the right call here: handing the ball off to Gillislee and he does the rest. 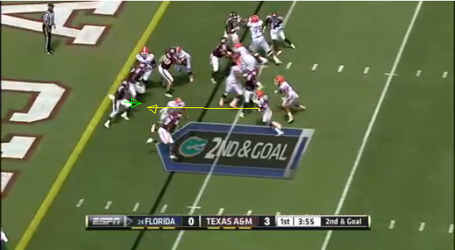 The Gators offensive line does block fairly well on this play. Which is good because their blocking done on pass plays leaves something to be desired. 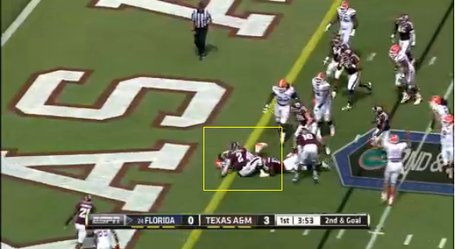 Gillislee just smashes his way past a defender to find for the touchdown. The play was reviewed but it was clear that he crossed the goal line. 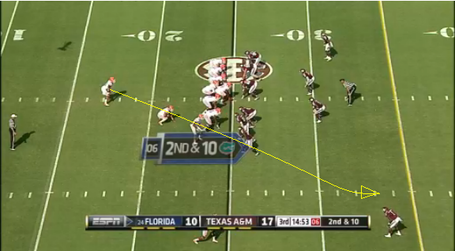 On this straight hand-off to Gillislee, he's going to benefit from a couple great blocks. 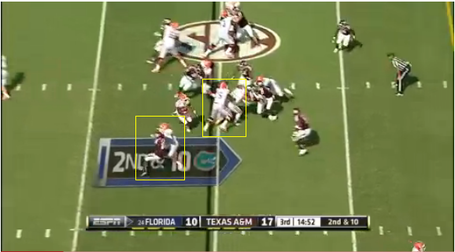 The blocking done by the offensive line and receivers at the point of attack allows for a nice running lane to develop. All Gillislee has to do is beat one defender in a one-on-one situation and he's into the secondary. 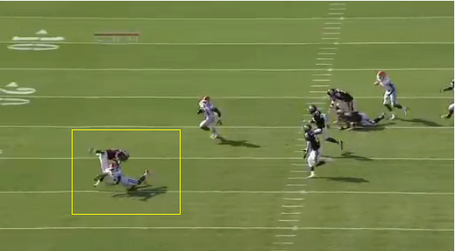 One of the best blocks of the season thus far by Andre Debose allows Gillislee to gain another 10 to 15-yards.

Yes, this is the tiptoe touchdown. 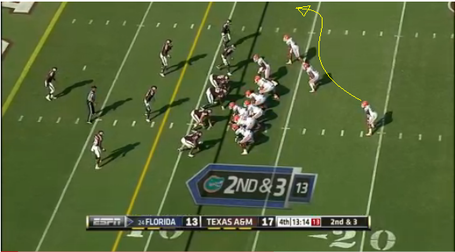 Gillislee is once again going to benefit from some tremendous blocking. This time, Hunter Joyer handles things pretty much by himself. He's going to end up taking out three defenders with one block. 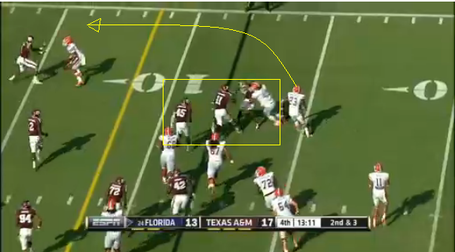 After Gillislee first tries to cut the play up behind the right tackle, he is forced to take the play out wide. 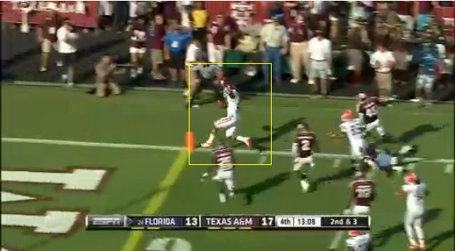 Gillislee than tiptoes for about 10-yards and finds his way to the end zone for the touchdown.

The running game continues to impress for the second straight week. Lets hope they make it three against the Tennessee Volunteers this Saturday.

Then again, doesn't the team that wins the rushing battle in the Florida-Tennessee seem to always win?