Share All sharing options for: Florida Vs. Tennessee, Theater Of Operations: Previewing The Vols' Passing Attack

On Saturday, the Florida Gators will begin continue their Southeastern Conference slate by traveling to Knoxville, Tennessee to take on the Tennessee Volunteers. Make no mistake about this trip, though: the Vols are the ones who can throw the ball around this time.

The Vols' passing attack is led by quarterback Tyler Bray, receiver Justin Hunter (who just might be better than ever after his ACL surgery last year), and receiver Cordarrelle Patterson (new JUCO transfer), and it is mightily impressive.

That group reminds me a lot of the quartet featuring Peyton Manning, Joey Kent, Marcus Nash and Peerless Price that tore through the SEC in the mid-1990's. Okay, maybe not Kent (I'm fairly sure that he wasn't a member of the Vols' 1997 team), but man, those guys certainly knew how to throw and catch the football.

Of course, they were always second to the Gators in that regard. But hey, they could play.

Bray, Hunter and Patterson are firing on all cylinders after victories over North Carolina State (35-21) and Georgia State (51-13). The video breakdown is as always after the jump. 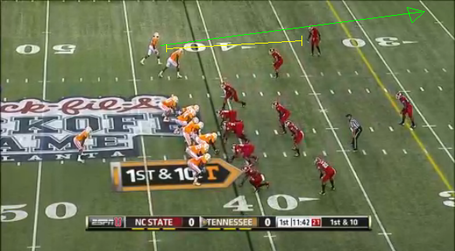 Look at the cushion that the N.C. State defense is giving Patterson on the outside. That's like 10 yards, which is way too much. It allows the receiver freedom at the start of his route and makes it much easier to gain separation down the field.

And N.C. State was supposed to have an "NFL-caliber secondary." 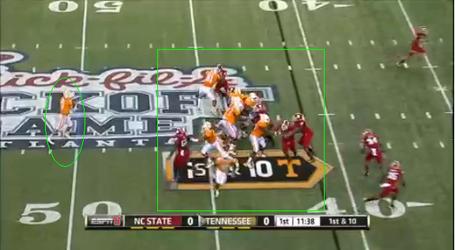 It does help the offense when the defense gets absolutely no pressure on the quarterback. 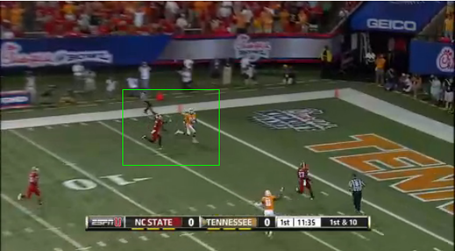 Right before the ball is caught by Patterson for the touchdown, you can see that he's created enough separation to make an uncontested catch. It's going to be on the Gators secondary to not allow this to happen. If it does, it could be a very long game. 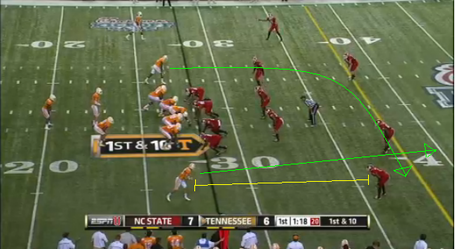 On this play you'll notice that once again the N.C. State defense allows the Vols' receiver over 10 yards of free roam before the play begins. The Gators can't do that, or they will get burned more often than not.

The receiver near the top of the screen is going to run a deep crossing route to draw the safety in. 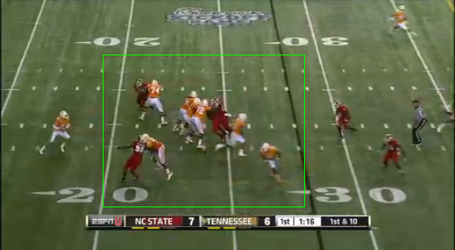 Once again, Bray gets great protection from his offensive line. 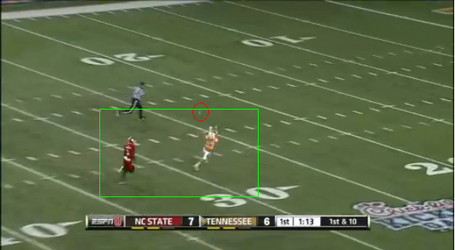 Everything about this play is like the first play profiled above. Same result as well. 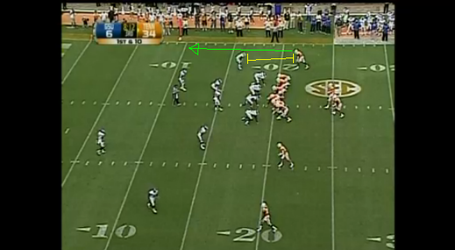 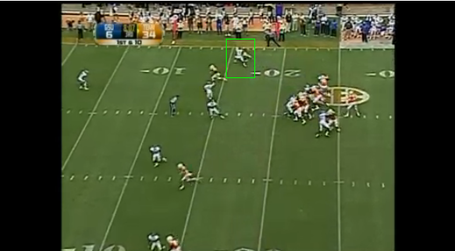 The only difference is that the Georgia State defensive back attempted to put some pressure on the receiver. 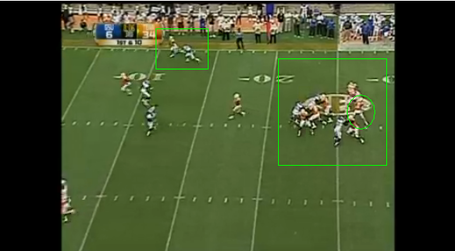 Everything else about the play is the same. Great protection, great throw, and Bray and company make everything look easy.

A quick note to the Gators defense: it's your move.

*Yes, I do know that Kent wasn't on the 1997 Vols roster as he was drafted by the Tennessee Titans that prior April. I just merely inserted his name because the Joey Kent hit was probably one of the top two or three moments in the entire UF-UT rivalry. Even for those who saw it live, like me, every time Florida fans see that video, we still go "Ohhh!"