I don't know about you, but I hate it when the Florida Gators are on the 1-yard line. I mean, I really hate it. For one thing, it shortens the field and as a result it severely cuts down on the different types of plays an offense can run.

Almost every time it happens, I get this feeling in my head that the Gators are going to have to settle for a field goal. It also seems to happen to the Gators quite a bit.

Remember at the end of the first half against Tennessee, when the Gators tried twice to punch it in from the 1-yard line? After the first try, when Mike Gillislee was stopped for no gain, I proceeded to get up from my seat and ended up watching the ensuing play while making my way to the concession stand. Deep down, I knew that they were going to have to settle for a field goal, which they, of course, did. Thankfully Caleb Sturgis is as automatic as they come. I caught some flak for getting up from the buddy (he's a big Vols fan) I attended the game with.

Thankfully, against the Kentucky Wildcats on Saturday, settling for field goals wasn't an issue for Florida at all. Three times, the Gators found themselves on the Wildcats' 1-yard line, and all three times they ended up with touchdowns. Better yet, three different players scored those touchdowns.

And, surprisingly, Hunter Joyer was not one of them. 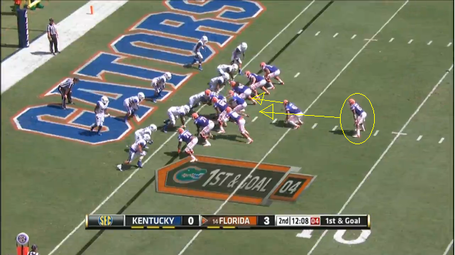 Gillislee will follow the block of Joyer -- what else is new? -- but he will have to cut to his left. 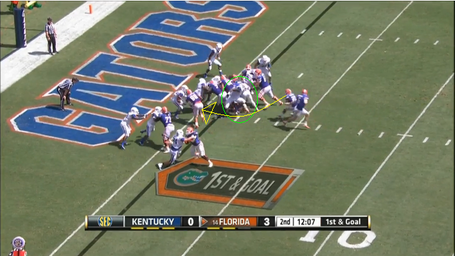 Upon receiving the handoff, all Gillislee is going to have to do is avoid one defender (green circle). 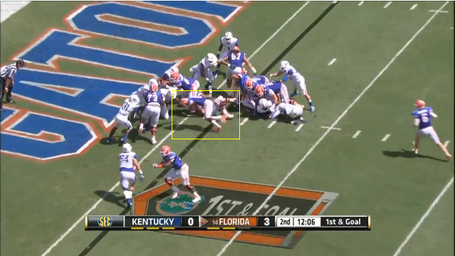 Gillislee is tripped up by the defender after he cuts to his left, but he still ends up diving into the end zone for the touchdown. 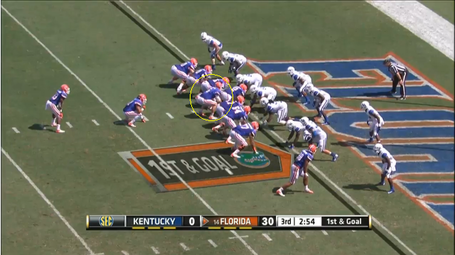 On this play, Driskel is just going to run a quarterback keeper for the touchdown. 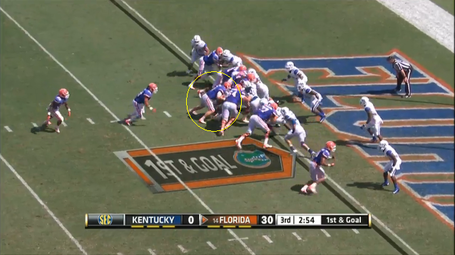 After getting the snap, Driskel waits half a second or so before he makes his move. That allows the offensive line to get the push forward. 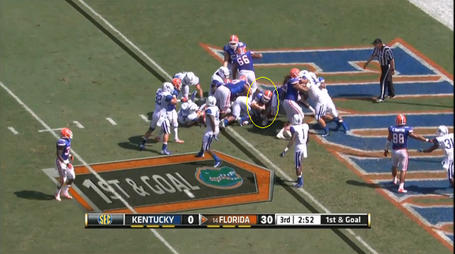 Driskel scores rather easily on the play. 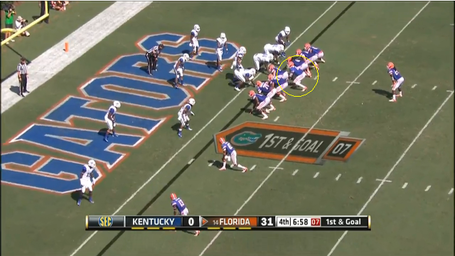 Brissett is going to do the exact same thing that Driskel does. Quarterback sneak, for the touchdown. 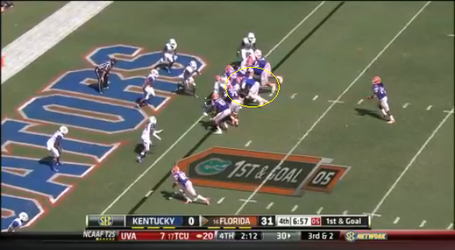 Brissett does a good job of picking his spot and sticking with it. 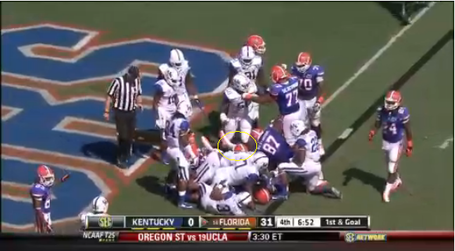 It took a couple of seconds before the referees ruled the play a touchdown, but Brissett clearly got in.

There weren't very many offensive struggles this week for the Gators, but then again, are there ever very many against Kentucky?

Not that I've seen in the last 20-plus years.