Florida took advantage of three interceptions to shut out an SEC opponent for the first time since 2001.

Share All sharing options for: Florida Vs. Kentucky, Theater Of Operations: Reviewing The Gators' Shutout Defense

Last year, the Florida Gators couldn't force a turnover to save their season. What I mean by that is there were a few games (Georgia and Auburn come to mind immediately) in which a single turnover could have changed the entire outcome.

This year however, it appears the opposite is occurring.

But it's still early and anything can happen.

The Gators forced Kentucky Wildcats quarterback Morgan Newton into three interceptions this past Saturday and let's be honest, it felt good. Kentucky played bad enough to where it probably wouldn't have mattered had Newton thrown those interceptions or not, but it was good to see the Gators defense getting their due.

Maybe this defense is fixing their "bend but not break" issues.

I'll be the first to admit that it's great having Saunders back in the line up. I also wish that Cody Riggs would make it back (to No. 3, but I think he's better than that) as well. But that's another story for another day, I guess. 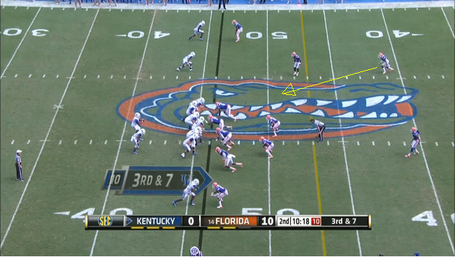 Saunders is going to come in on a mini-blitz, but his main job on this play is to guard against underneath route if it's a passing play. He plays it perfectly. 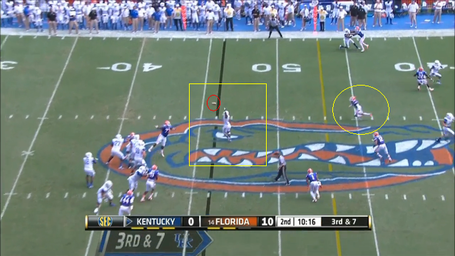 The funny thing is this throw by Newton was hardly his worst. Sure it was too high but it there were at least ten others it seemed that were far worse.

The running back comes out of the backfield over the middle, the throw is high and the safety is in on the coverage. Judging by the angles of the play (and I was horrible at geometry in high school) I feel comfortable in saying that it would have taken a missed tackle by Saunders for Kentucky to have gotten the first down anyway. 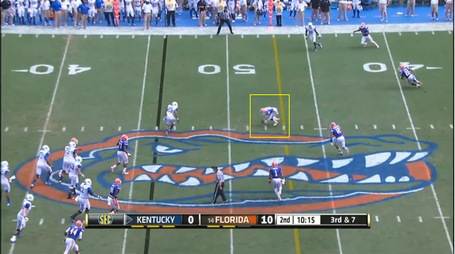 Other various angles on replays clearly showed that Saunders did his best Franco Harris impression in catching the ball.

Watkins is rapidly becoming my second favorite Gator on defense. No. 1 of course is Matt Elam, but his impact this season has been minimal because he's been playing more coverage than anything thus far this season. 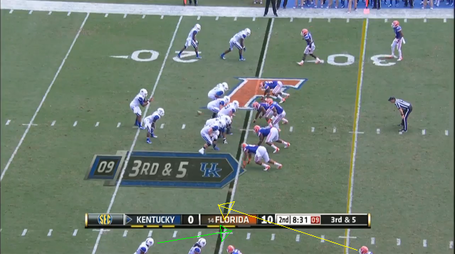 By this point in the game, the Kentucky quarterback (Newton) is in all sorts of a mess. He telegraphs this play better than anything Claude Chappe could have imagined. 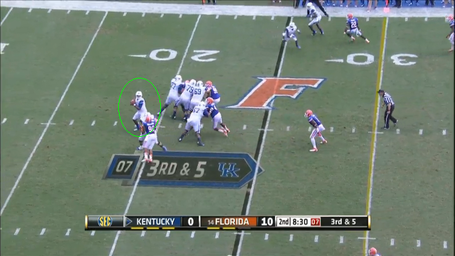 As Newton sits there and pump fakes the ball roughly thirty-seven times, you can see the very top of Watkins' helmet appear in the screen. At this point in time, Watkins and everyone else on the planet knows where the ball is going. 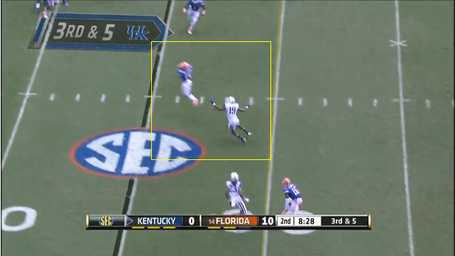 Watkins gets in front of the receiver, makes the catch to complete the interception and basically walks into the end zone for the touchdown. Yeah, I like easy touchdowns (especially on defense) too. 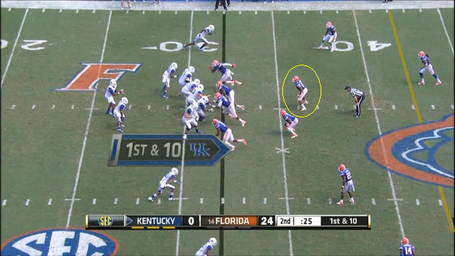 And I was even specifically looking for Taylor. 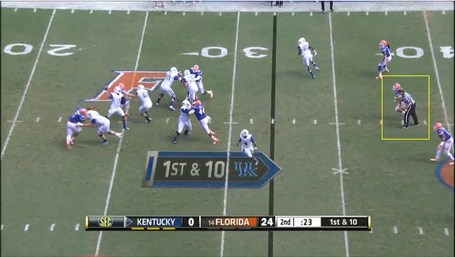 This is why I love doing what I do here at Alligator Army.

It appears that Taylor used the referee as a quasi-screen. I'm not saying that is what caused nobody to see Taylor on the play until it was too late, but hey, he does look hidden. Right? 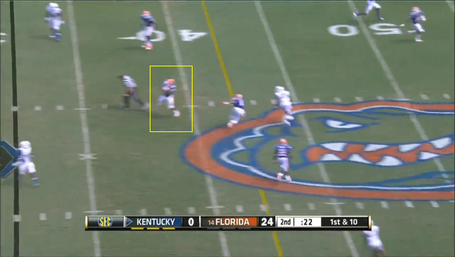 After Taylor moves back and to the left (Seinfeld anyone?) he gets the excuse me interception.

I know it was against Kentucky, but seeing the defense get these turnovers brings a smile to face. Especially when considering the fact that it seemed for like three months last year they didn't get a single turnover.

Okay, maybe it was two. But whatever the length was, I'm glad it isn't happening this year.