Florida Vs. Texas A&M, Theater Of Operations: Reviewing Jeff Driskel And His Performance Against the Aggies

Share All sharing options for: Florida Vs. Texas A&M, Theater Of Operations: Reviewing Jeff Driskel And His Performance Against the Aggies

Theater of Operations will now return to its regularly scheduled times. Expect reviews Sunday through Tuesday and previews on Friday.

Florida Gators quarterback Jeff Driskel did enough to help guide the Gators to victory over the Texas A&M Aggies on Saturday, flash be damned. Even though he was sacked 27 times (I think) and had to deal with a boisterous Kyle Field crowd, he handled himself well.

My only real complaint is that he has still yet to master the art of throwing the ball away.

Against the Aggies on Saturday, Driskel showed a little bit of everything: Great use of his legs (for a long of 21 yards), snapshots of a quality arm (a couple of 30-yard passes), and resilience while being hounded by the Aggie defense.

Anyway, on to the breakdown.

Play No. 1: Driskel runs out of bounds

Driskel running out of bounds instead of throwing the ball away has become a theme for him. Good or bad, it doesn't matter. At least he isn't trying to do too much and causing a turnover! 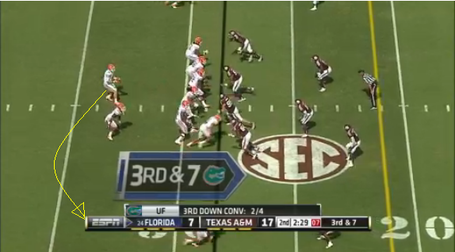 You'll see in the second screen shot why Driskel had to try and run with the ball. The receivers aren't getting open at all. 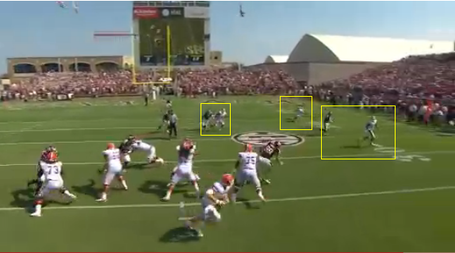 It's kind of tough to see, but I promise you every receiver is covered. 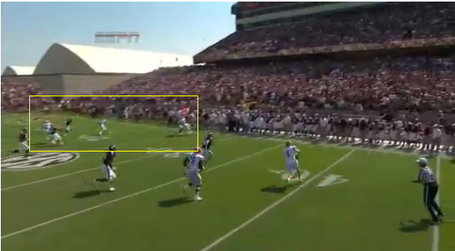 Right before he runs out of bounds, the receivers either still aren't in the clear or are running down the field. As the Gators get to the heart of their SEC schedule, both Driskel and the receivers are going to have to do a better job on broken plays like this one. Otherwise, it's going to get ugly.

This is probably Driskel's best pass play as a Gator. 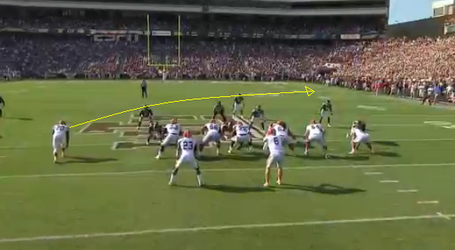 This play is fantastic: Hines is going to run a deep crossing route, Driskel has a little bit of time and steps up into the pocket, the offensive line blocks for him ... it's great. 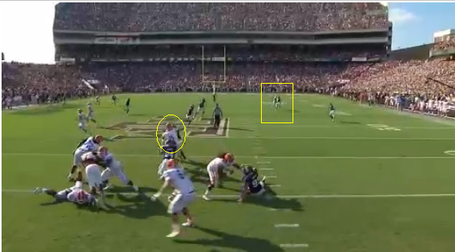 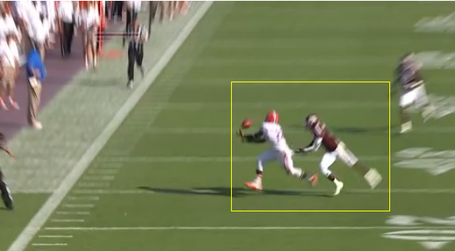 Look at the location of this throw! Maybe, just maybe, Driskel can throw the ball down field better than we think.

Remember when nobody knew whether Driskel or Jacoby Brissett would be the starting quarterback? Or better yet, remember when I couldn't figure out why someone would want Brissett starting over Driskel?

Well, this play is why the answer to the first question was always going to be Driskel and at the same time it also makes me wonder why I even had to ask the second question. 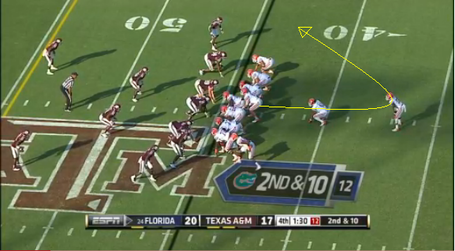 Driskel is going to fake the handoff and run to the right on a bootleg. For a first down. To seal the victory. 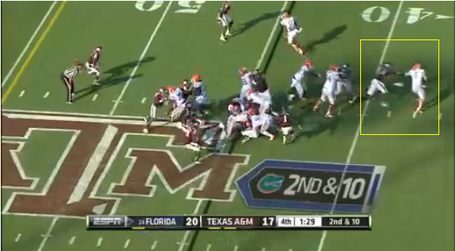 Driskel also has to avoid a little pressure. 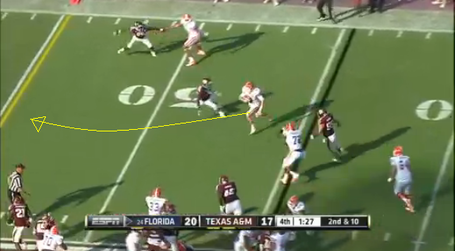 During the run, Driskel cut to his left to avoid a defender. Also, in the end, it took two or three Aggies to take him down, much like his power run against Bowling Green last week.

He's a tough runner, and a capable passer. As for the rest, give him time. He'll get things figured out.