Florida vs. Louisville, Theater of Operations: Previewing the Cardinals offense and a little Teddy Bridgewater

The Florida Gators take on the Louisville Cardinals tonight in the Sugar Bowl. When it comes to the Cardinals, it's pretty much all about quarterback Teddy Bridgewater who is the Big East conference's player of the year.

Share All sharing options for: Florida vs. Louisville, Theater of Operations: Previewing the Cardinals offense and a little Teddy Bridgewater

The last preview edition of the year might be a day late, but hey, blame the flu.

The Louisville Cardinals might have two running backs that both ran for over 700 yards this season. They also might have a pretty good defense. But none of that really matters, especially because they aren't going to beat you with either of those things.

They will however, beat you with quarterback Teddy Bridgewater.

Bridgewater was voted the 2012 Big East Player of the Year after a year in which he completed almost seventy-percent of his passes for 3,452 yards and 25 touchdowns against only seven interceptions. His numbers come down to a 161.6 quarterback rating and 8.92 yards per pass attempt.

To compare those numbers to Jeff Driskel, Driskel finished with a quarterback rating of 136 and 6.81 yards per pass attempts. And yes, they are both sophomores. It's going to be fun watching both their careers from here on out.

But back to the focus on Bridgewater and the video tape.

In looking at this play, I was curious as to how he throws the ball the deep. This isn't the deepest throw possible, but it's still a nice throw. 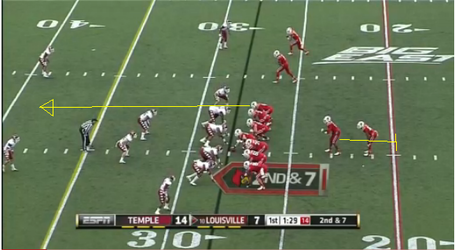 Hubbell is just going to run right through the middle of the defense and he even gets past the linebackers with ease. Meanwhile, Bridgewater is just going to drop back three steps, step up one and then throw. 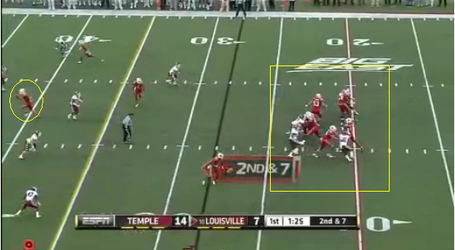 The offensive line gives Bridgewater a great pocket to throw to. At this point, Hubbell is just getting over the linebackers and is about to split the safeties. 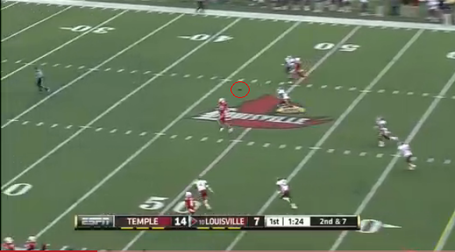 The ball (red circle) is perfectly thrown and located. Bridgewater was able to hit the receiver in stride, in a great location and all that makes for an easy touchdown. 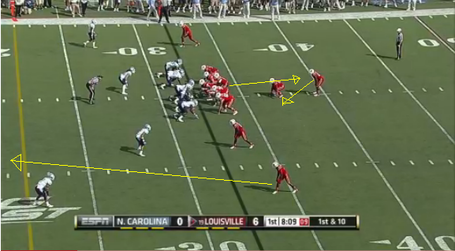 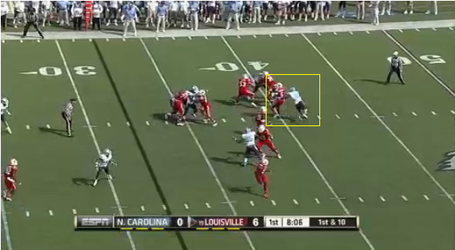 Right after the play action, Bridewater has to avoid a defender, which he does by taking a quick step forward into the pocket. This also allows for him to have more space to get off the throw. 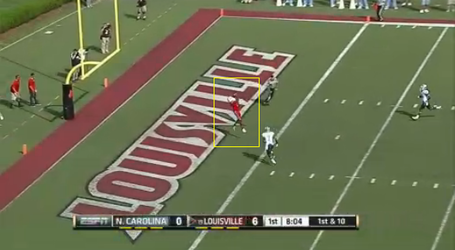 As for the throw, yeah, it was pretty decent.

He's also pretty good when it comes to short, quick passes too. 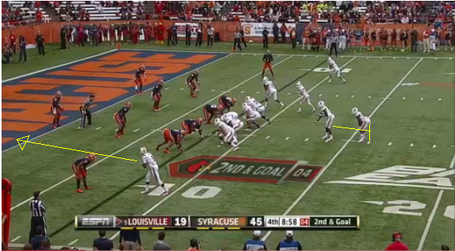 Just a quick, back of the shoulder throw. 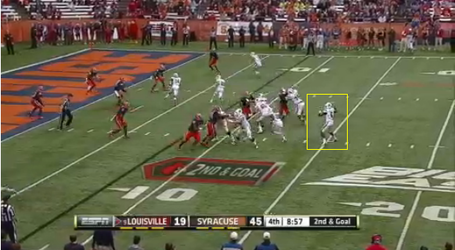 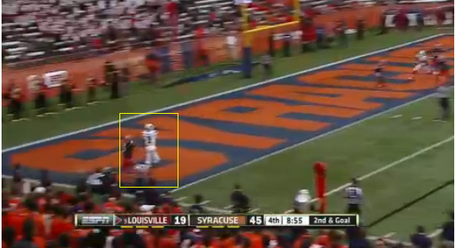 ...and it's a great throw (and catch by Parker) by Bridgewater in the best location possible.

There is no denying that Bridgewater is Mr. Everything and makes the Cardinals' offense go. Without him, they wouldn't be where they are, that's for sure. But hey, bowl games are the time of the year when stars shine and players who haven't really done all that much throughout the year shine even brighter.

Hopefully the Gators will be on the lookout.

But I still think the Gators win and probably win big. Louisville is out of their element here (at least on paper), but that hasn't really stopped lesser teams from playing the Gators close either.