If the best throw of the night came from a punter, what are the chances you're coming back from behind to win a football game?

How critical is a good offensive line to the Florida Gators' success?

We all know that good football teams are built from the lines out, but this is getting ridiculous. While the Gators defense did it's thing in holding Zach Mettenberger to nothing from the air, the LSU Tigers defense did the same thing on the opposite end.

Tyler Murphy had without question his worst start of the year since replacing the injured Jeff Driskel and his struggles were not always on him. He finished the game 15-for-27 for 115 passing yards and ran something like ten times for negative fifteen. Not a single highlight, except for a punt.

What are the chances that happens again this year?

Play No. 1: Murphy finds Trey Burton for a first down 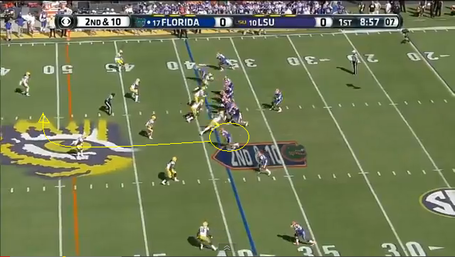 From the first drive of the game, this pass play is courtesy of Murphy and Burton. It was also at a point in the game in which the offensive line played great and the Gators chewed up massive amounts of the clock. 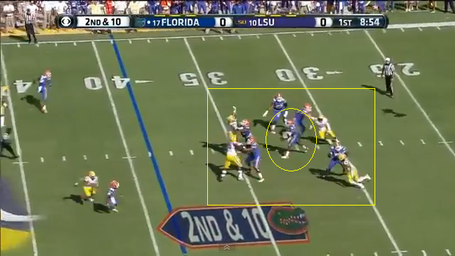 Look at the pocket? Isn't that nice. Also, Murphy has time to step up and throw! 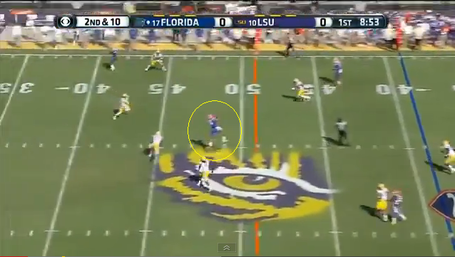 The throw is slightly high and Burton can't really run after the catch, but hey, a first down that leads to points! 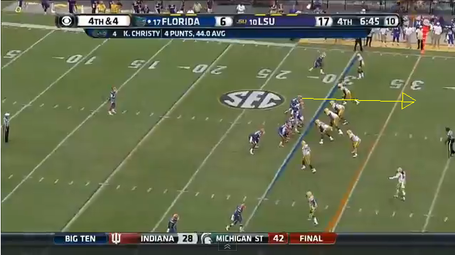 The best throw of the night, brought to you by a punter who so far this year can't kick his way of a barn. If you'll notice though, Ball leaves the line at the perfect time while the throw is just perfect. 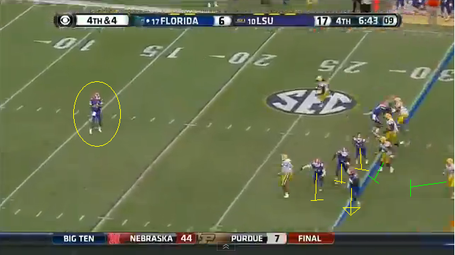 Look at all the activity to the other side of the play. I haven't read or heard anything on whether or not this area was the first option, but it was a good distraction for sure. This allowed Ball to get to an area without a defender. 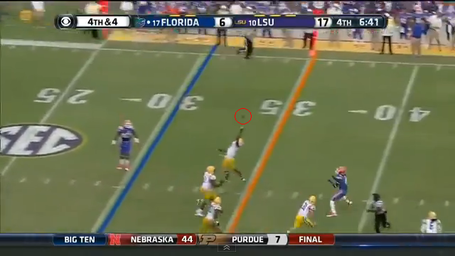 The throw is just perfectly placed too. Just over the outstretched arm of the defender and at just the right pace. What we thought would be a turning point for the Gators' offense in a last gasp effort to make a comeback turned out to just be a glimmer of false hope.

Play No. 3: The offensive line gets offensive 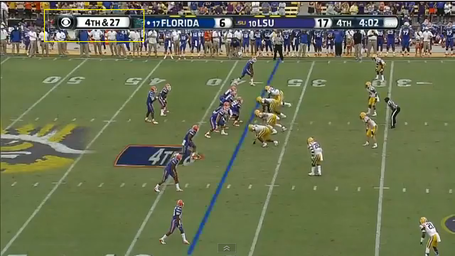 I realize that on this play it's 4th down and a mile to go, but shouldn't that mean that you're not giving up a sack no matter what? LSU only rushes four and you've got at least five on the line to block them. If everybody does their job than you've still got one extra just in case. 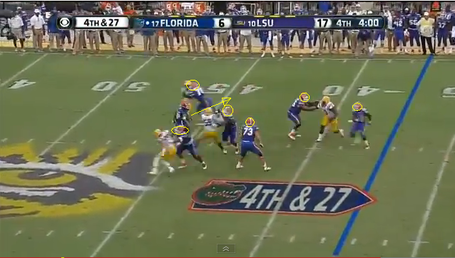 That one extra person on the play wouldn't really matter because a quick count of all the Gators helmets show that the running back also stayed back to block. So instead of it being five, it's actually six that is less than four. 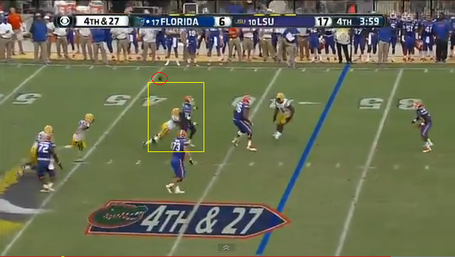 After tossing D.J. Humphries aside like a rag doll, the defender comes up and strip sacks the ball away from Murphy and the game is over.

We'll have more tomorrow but for now I've got a headache. I can't tell if the headache is from doing this after a game in which our best play is a punter's pass or from trying to figure out the ending of The Walking Dead last night.