Florida vs. LSU, Theater of Operations: Random plays of sadness against the Tigers

There comes a point when breaking down this stuff when it just doesn't make sense to even care anymore. One person (or a fan base) can only take so much ineptitude, right?

Share All sharing options for: Florida vs. LSU, Theater of Operations: Random plays of sadness against the Tigers

The Florida Gators have succumbed to the Rule of Three.

When it rains ,it pours. And now that Matt Jones is out for the year, that means that you could fill a pretty good team (I'd say what, 6-6 in the ACC?) with injured Gators. They'd finish behind Clemson, Florida State and Miami for sure, maybe Virgina Tech and possibly Maryland.

So what's that? Music City Bowl or AdvoCare Bowl?

Sounds good to me.

We can now just get this week over with, yes? Please? Enough is enough. 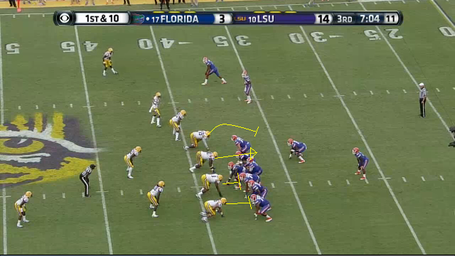 On this play, as the left side of the offensive line holds, the right side falls apart. Usually, it's the other way around, but, hey, I guess they just wanted to join the suck party.

Anthony Johnson isn't really even all that good, I don't think. He's not going to be one of the top interior linemen Florida will face throughout the year, but on this play (and a lot of others) he was good enough. 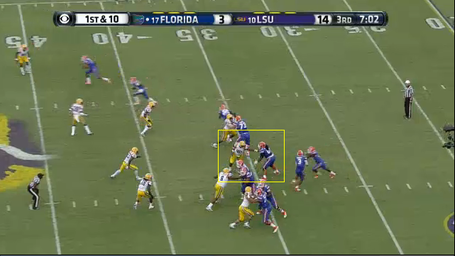 At the time of the play action, Jon Halapio is holding his own. For the most part. A big push by both of LSU's defensive tackles at the same time has created some separation and that's never really a good thing for an offensive linemen. 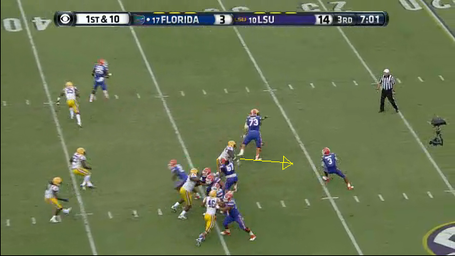 A result of that separation is the swim move that Johnson puts on Halapio. That swim move allows him the time and space to get past Halapio and on his way to Murphy.

Play No. 2: Loucheiz Purifoy gets burned by Odell Beckham 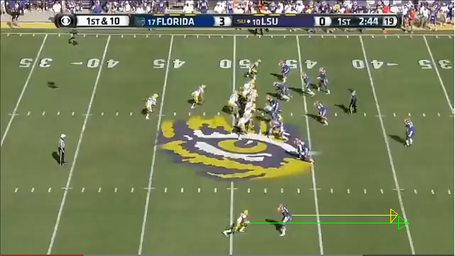 A quick play-fake and a look to the right is all it takes for Purifoy to get burned on one-on-one coverage. It's not a bad burn, except for the fact that everybody else on the play did their job and 2012 Purifoy doesn't get burned by anything at all. 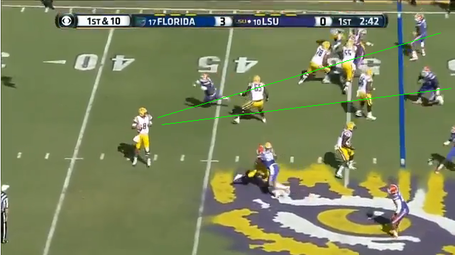 I'm guessing Zach Mettenberger looks to the other side of the field for so long that Purifoy just thinks that the ball isn't coming his way. Maybe it has to do with going up against the Gators' offense in practice, where this play wouldn't happen because either Jeff Driskel or Murphy would check down or run instead of scanning the entire field? 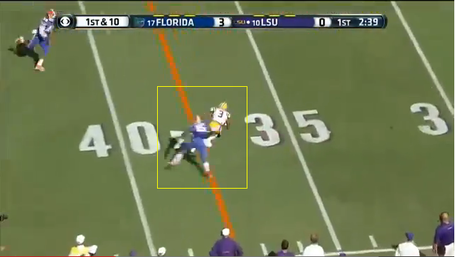 Fortunately, Purifoy made up for all that ... by not tackling Beckham.

Play No. 3: Bad Purifoy yet again 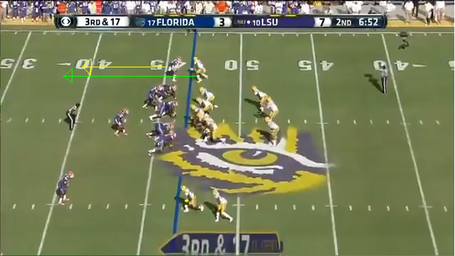 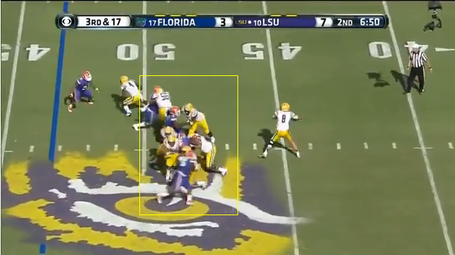 The defensive line gets no pressure. Not even a little bit. 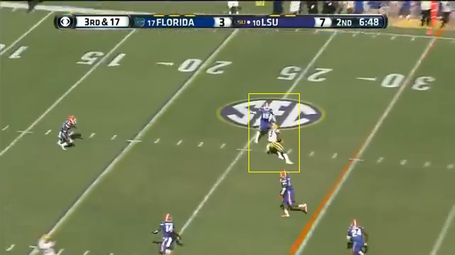 To top things off, Purifoy allows the defender to get some separation after Mettenberger looks quickly to the other side of the field.

At least Kelvin Taylor looked good. We've got that going for us.