Despite the Florida Gators losing one of their worst games in program history, Sklyer Mornhinweg threw for two touchdowns.

We all know what happened this past Saturday. We all know that the Florida Gators, who are beaten up beyond anything we could have imagined before the season started, lost to the Georgia Southern Eagles in The Swamp. It's one of the worst losses in program history.

The Gators are at rock bottom.

Things seem to be trending down with no end in sight.

But things aren't all lost, I promise. No, I'm not suggesting that Skyler Mornhinweg is the man who is going to right the ship. I don't think for a second that he's the conductor or engineer who is going to get the train back on the tracks.

After this year he'll probably never take another snap for the Gators. And while that's probably a good thing and even though he has a worse starting record that Noah Brindise, he did throw for two touchdowns against the Eagles on Saturday.

What does that mean? Not much.

But it's not like he and the rest of the Gators aren't trying. 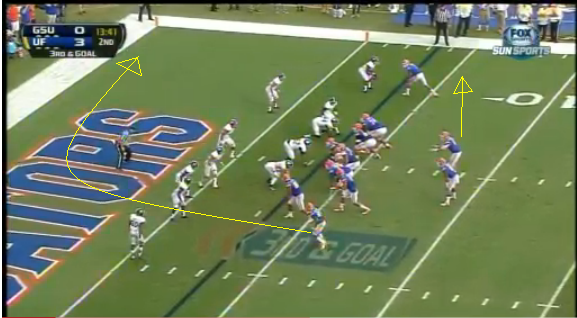 Mornhinweg will end up finding Solomon Patton on this play in the corner of the endzone in what was still a head-scratcher of sorts. You'll see why later and this was talked about widely in the game thread. 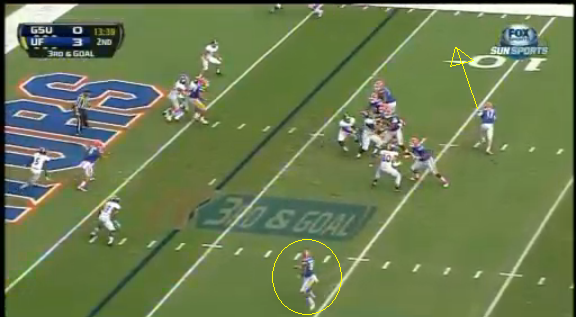 The pressure forces Mornhinweg to the ... wait, there is no pressure. So Mornhinweg decides on his own to begin to scramble to the right. I still think he "felt" some pressure, but this is what you get with a third-string quarterback. It just is what it is folks.

Also, he's got a dump down option in Mack Brown (yellow circle) but with him scrambling the other way instead of remaining in the pocket he's never going to see it. Although it was third down so maybe that was a good decision. 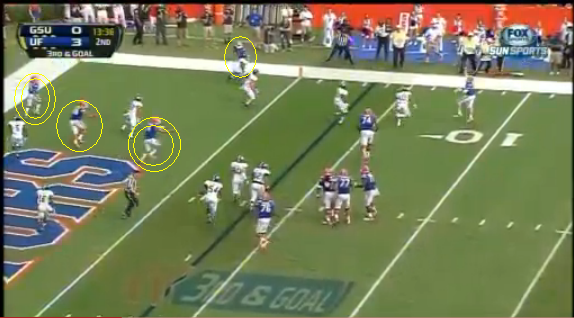 When Mornhinweg decides to throw the ball, you'll notice that he's got four available options. The two best options are double circled and I think that Mornhinweg picks the more difficult of the two. 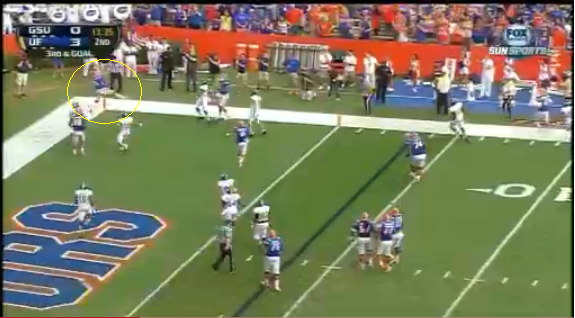 It's not the best of throws because Patton has to jump about as high as he'll ever have to jump to catch the pass. But it did get the job done and get the Gators a 10-0 lead after the extra point.

Play No. 2: Mornhinweg finds Patton again for a touchdown 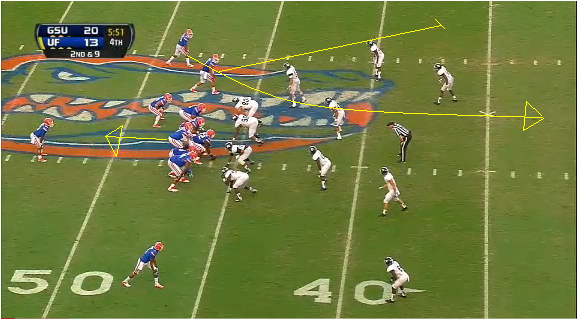 This is what should have happened all game. Patton and the other receivers getting behind the Eagles defense on nearly every single play. Also, check out what happens to Mornhinweg once he releases the ball. 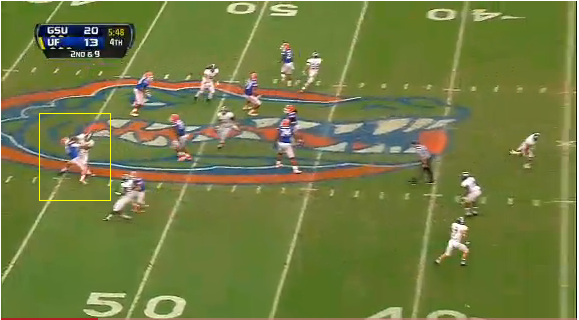 After the play-action and just after releasing the ball Mornhinweg is leveled. He's hit high, with an arm to the face. It drew a flag on the play so it was a first down regardless but I like the result of the play better. 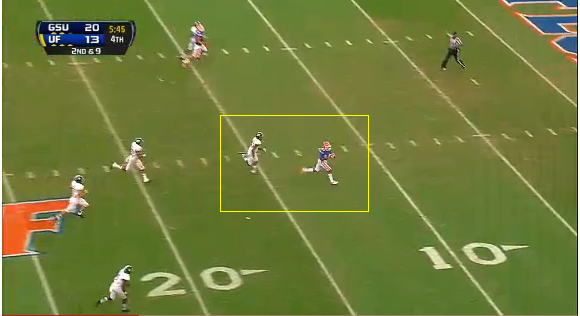 Despite the Gators losing the game, Mornhinweg had his best ever game. It wasn't enough, sure. And had either Jeff Driskel or Tyler Murphy played I have no doubt the Gators win, but they're both out with injuries.

It just goes to show you that injuries do matter. They matter a lot folks.

Would you feel comfortable coaching with the odds the Gators have had this year?