Florida vs. Florida State, Theater of Operations: Looking at the Seminoles' offense

The Florida Gators end their season tomorrow against the Florida State Seminoles who are the second-ranked team in the country. They do a lot of things well, but for now we'll just look at their offensive unit which is ranked No. 6 in the country.

Share All sharing options for: Florida vs. Florida State, Theater of Operations: Looking at the Seminoles' offense

The final game of the Florida Gators' 2013 season is finally upon us. It's been a long and trying year for sure. A season that began with high expectations that got derailed by injury after injury will finally end with the third string quarterback possibly making his third start in a row.

Things have gone differently for the Gators' opponent tomorrow in nearly every facet. The Florida State Seminoles are healthy and their firing on all cylinders. Their offense is ranked No. 6 in the country and their defense is ranked No. 5. That's not even mentioning that averaging over 500 yards of offense and boast the nations No. 14 and No. 23 passing and rushing attacks.

They also score at such a pace that they are ranked No. 2 in the nation in points scored per game.

On the defensive side of the ball, they are No. 2 in the country as well giving up an average of just 11. 4 points per game. Since the month of October, the most points they've given up has been 17 and that was to North Carolina State. This is despite playing Clemson and Miami, who they beat by a combined score of 92-28.

This is probably the best Seminole team we've seen in a while going up against one of the worst Gators team we've ever seen. It's a mismatch on all levels and the Seminoles are probably going to take advantage of it in every way. 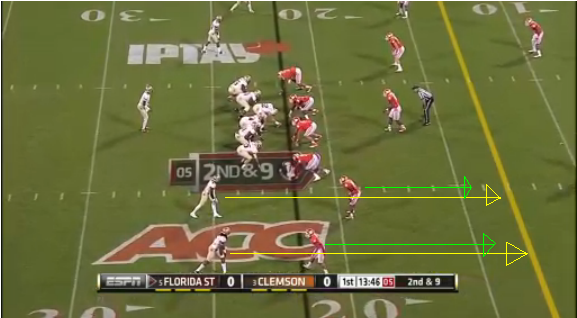 The Clemson defense shows a formation that the Gators love to do as well: man on man with somewhat of press coverage. The Florida State receivers are good enough, especially with Winston at quarterback to beat defenses the majority of the time who play man to man.

They'll get the advantage here because of a great catch and throw, but don't take away anything from the offensive line either. 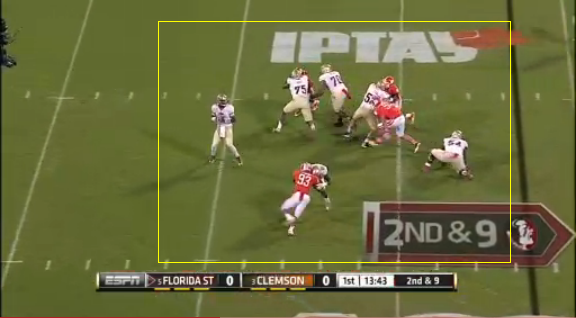 To that point, take a look at the pocket that Winston has to throw in. Wouldn't it be nice if the Gators could get this type of protection on even fifty-percent of their pass plays? 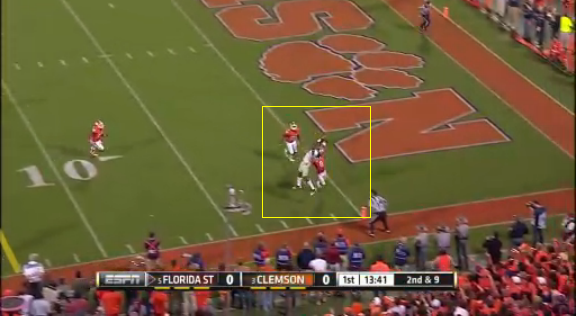 Benjamin makes a great catch as he catches the ball at its highest point which negates the great coverage by the Clemson defense. Benjamin will end up getting a toe down as he falls across the line for the touchdown as the Seminoles begin their destruction of Clemson.

Play No. 2: Winston hits Rashad Greene for a 72 yard touchdown against Clemson 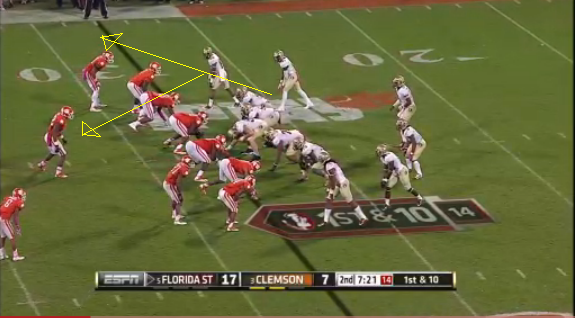 While this play is more Greene than anybody else, it's still a nice play by all the Seminoles involved. Green runs a short route over the middle and after making a few guys miss will be off to the races. Despite the formation beginning in bunch, they'll spread out quickly and the play will develop in different directions. 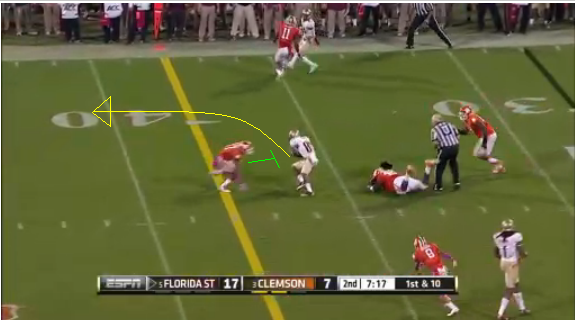 After catching the ball, Greene will make the closest guy miss and then take off down the field. He'll pretty much go untouched for the entirety of the play, which is impressive considering that he caught the ball in the middle of the field.

The Clemson defender who is on the ground made an attempt on the pass while it was in the air. He, as you can probably tell, was unsuccessful. 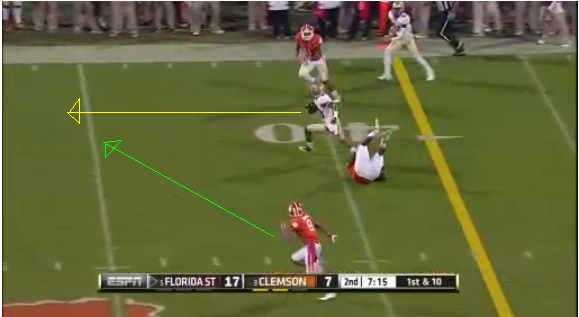 The last Clemson player with a real shot at getting Greene before he hits his top gear falls victim to Greene's acceleration as he's unable to catch him from behind. There is one final defender who despite having the angle on Greene won't catch him either.

Speed makes the difference on this play and the Seminoles have no shortage of it. 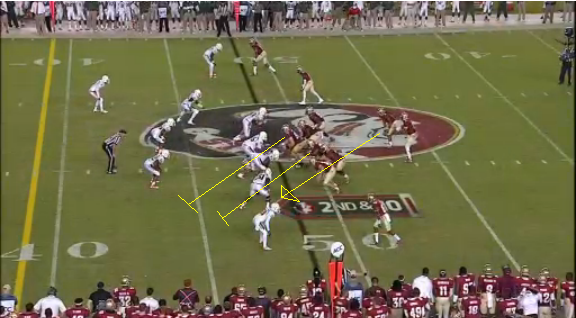 Freeman will come out of the backfield and get behind the center and left guard who both pull out to block on the play. This play is perfectly timed as the defense is blitzing from the right side with a linebacker. 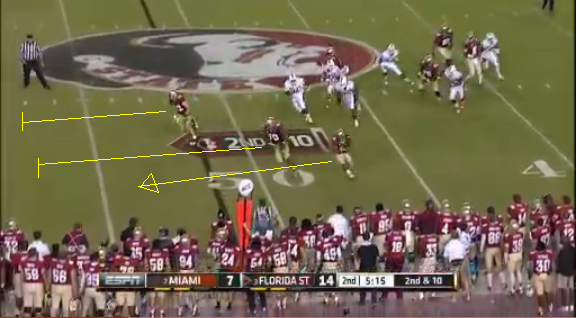 As Freeman catches the ball and begins his turn up the field, he's got two blockers in front of him that have no one to block yet which is a good sign. 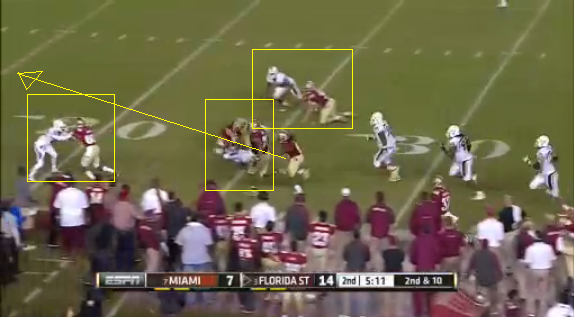 Freeman also gets a lot of great down field blocking by his receivers on the play and as it turned out he didn't even need a single block from the two linemen who went down the field with him.

For the record, I tried to find a suitable touchdown for the Seminoles second-leading receiver Kenny Shaw. However, he wasn't doing much at the beginning of the Clemson game and two plays there is enough to get the idea and I guess he wasn't around much for the game against Miami either.

Is he like the only player who doesn't show up for big games?

I'm kidding of course. The Seminoles have enough talent and big-time playmakers to go around. They'll more than likely blow the Gators out of the water tomorrow in The Swamp.