Theater of Operations begins its two part look at how the offense performed in the Gators' 21-16 loss to Miami by looking at a lot of ugliness.

Share All sharing options for: Florida vs. Miami, Theater of Operations: Gators offense looks ugly in loss to Miami

It's pretty simple really: there's not much good you can do on offense when you're turning the ball over five times in a single game.

The Florida Gators lost to the Miami Hurricanes yesterday 21-16, in a game in which the Gators did in fact turn the ball over five times on offense. They remained in the game due to their defense (which we'll look at on Tuesday morning) but let's stick to what the offense did yesterday for now.

Aside from the turnovers, the Gators largely dominated the game from an offensive perspective. But turnovers, which to some degree are largely luck, played the pivotal role. Quarterback Jeff Driskel actually had a higher passer rating than his Miami counterpart, but that doesn't matter when you throw two interceptions inside the red zone.

In this review, we'll look at both of Driskel's interceptions and Matt Jones' early fumble that allowed Miami to take control of the momentum for the entire game. 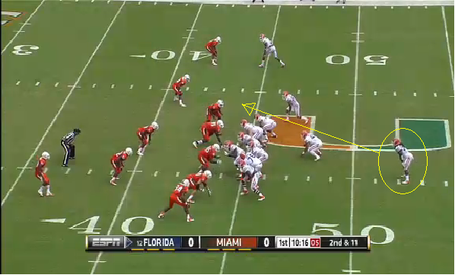 Any concerns of Jones returning to the Gators' lineup too early were vindicated on this play. All Jones is going to do is take the handoff and run to the right of the tackle and fumble the ball. That tells me that he came back too early and with too much rust. 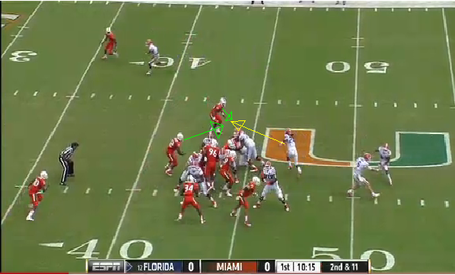 Is it just me or is all you can do is sigh? 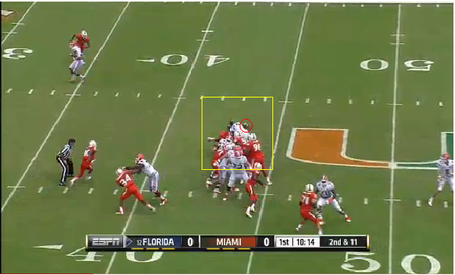 As Jones collides with the defender you can see the ball come (red circle) out of his hands. It was a nice solid tackle by the defender and he did manage to get his helmet on the ball which jarred it loose, but Jones has got to be better that. Especially if he wants to be the every down back in an offense like this. 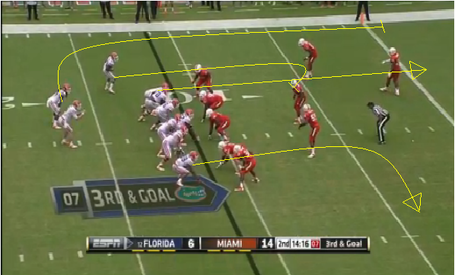 Throughout the game thread from yesterday there were questions about the play calling that involved multiple receivers running routes in such a way that only one defender was needed to cover more than one receiver. While this play isn't exactly one of those, I do question why you would send three players to the short side of the field and only one to the other side.

I don't understand the routes on this play at all as a result. It makes little to no sense. 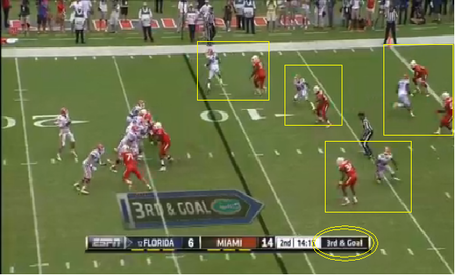 Probably even more disappointing than the route assignments on this third down play is Driskel's inability to learn from past mistakes and throw the ball the away. Every single person is covered (some with multiple defenders) and Driskel still can't throw the ball away. 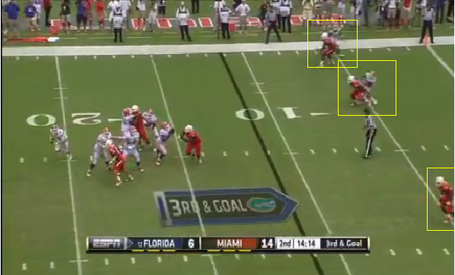 Don't worry Jeff, everybody is still blanketed in coverage. It's okay to throw the ball away. I promise. Just please don't throw the ball into the middle of the field late and break the cardinal rule of quarterback play, okay? 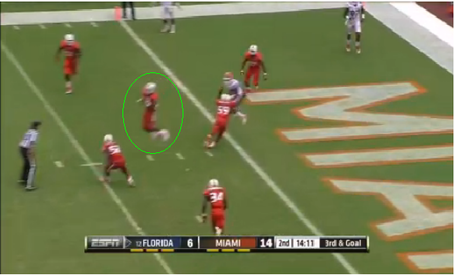 The last time I saw a Gators quarterback throw the ball into an area with this many opposing defenders we were lucky to score against Florida State. Someone on ESPN said this was an immature throw, which it is, but can we think of something else so we don't have to agree with ESPN? 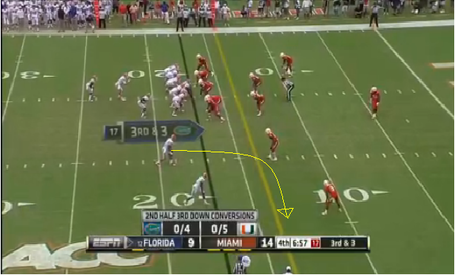 This is just so terrible on so many levels. A timing route in which either Driskel threw it too early or Trey Burton wasn't paying attention and didn't turn around in time. He's not even looking for the ball and instead it's intercepted. Had it been caught, it probably would have been a first down.

The worst part about this play? It came after a timeout. 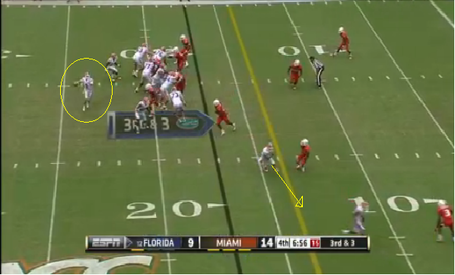 As Driskel winds up to throw, Burton is just completing the cut to the outside part of his route. I'm sure that the route was designed so that as soon as Burton ran past the first down marker he made his cut. That's when Driskel was supposed to release the football. 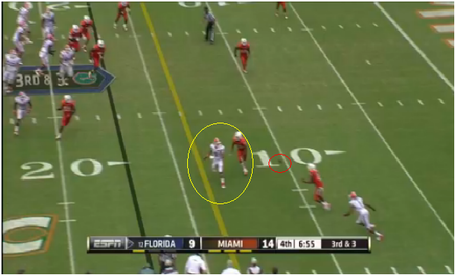 Burton never even turns his head to look for the ball until it's past him and nearly caught by Tracy Howard. This is about the time of the game in which I began to accept that the Gators were going to lose because it was clear at this point that things just weren't going to happen.

I was going to attempt to write both offensive parts tonight while watching Notre Dame play Michigan under the lights at The Big House, but a couple of factors will make me stop. It's incredibly frustrating watching the video of this game and Brent Musburger has to be the worst announcer in sports.

We'll get to part two of the offense Monday morning, I promise. For now, just remember that it's a long season and the Gators are still undefeated in SEC play.