Reviewing Kurt Roper: What his offensive philosophy at Duke foretells for Florida

Kurt Roper led the Duke offense from 2008 to the end of 2013, when the Blue Devils ultimately scored 48 against an SEC defense in the Chick-fil-A Bowl. And in those five years, Roper helped orchestrate one of the most significant program turnarounds in college football history. Can he do something similar with Florida's offense?

Share All sharing options for: Reviewing Kurt Roper: What his offensive philosophy at Duke foretells for Florida

What comes to mind when you think of Florida football? Explosive offenses and speed? A pro-style, vertical passing attack that compliments the Florida-grown speed on the roster?

These things are part of the Gator Foundation, the basis for how Florida fans prioritize their wants in a football team. When Steve Spurrier left Duke to become Florida's head coach in 1990, he implemented a structure that hewed to his vision of an up-tempo, vertical passing game that opened up the run. On that premise, running backs like Fred Taylor, Terry Jackson and Earnest Graham flourished on the ground, while Terry Dean, Danny Wuerffel, and Rex Grossman aired it out. Spurrier set a new standard for Florida, as his Gators challenged the Seminoles, Hurricanes, Cornhuskers, and other elite programs of the time for national titles year in and year out.

In 2005, Urban Meyer reinvented Florida's offense by bringing a dynamic spread attack to Gainesville from Salt Lake City. Urban's style complimented his players' skill sets (evident by the changes between the 2006 and 2008 styles of offense) and set a new trend that flipped the college football world on its head. Between the two coaches, Florida produced two Heisman Trophy winners, three national titles, and a slew of All-Americans.

It's not quite as simple a formula as it may seem. Looking back to some of Florida's national title teams, the defense was usually just as good, if not better, than the offense. Revisionist history may have it that we only remember Tebow, Wuerffel, and Harvin, but Bates, Rutledge, Spikes, Jenkins, Cunningham, Haden, and the Wrights were just as important.

Still, Florida fans are used to what produced the success that helped the program flourish in the first place: Points.

And so Will Muschamp hires Kurt Roper to revive an offense Gainesville has been yearning for the past three years. Excitement and enthusiasm for the offense, and the hopes for it are all at an all-time low, and with good reason: Fans have eyes, and the Gators' offensive production has been horrific of late. From 2011 to 2013, Florida has ranked 98th, 97th and 114th in total offense; comparatively, Florida ranked ninth in total offense in 2008, and 10th in 2006.

Roper is an exciting coach. His success at Duke has been lauded as a system succeeding with underrated prospects flourishing due to improved fundamentals and excellent coaching. Duke, a member of the ACC, improved from 90th to 28th in total offense from 2011 to 2013 under Roper's tutelage. Roper puts an emphasis on quarterback development and, with it, production in the passing game. In his time in Durham, Roper helped develop Thaddeus Lewis, the current starter for the Buffalo Bills and Sean Renfree, the seventh-leading passer in ACC history.

The ins and outs, Xs and Os of Roper's offense are pretty complex, as Duke typically worked their offense around the personnel they had, usually limited by the Blue Devils' relatively little talent. And this should make Gator fans excited about what Roper can do with speed, talent, and a solid recruiting foundation in the state of Florida.

But what will Roper's offense look like? How will it work, and will it be effective? These are questions Gator fans will be asking themselves for months on end until the 2014 season gets underway. I watched film from all of Duke's 14 games in 2013, as this is probably the offensive style that best compliments that Gator roster as it stands, and came up with what I believe are goals Roper will set and strategies for achieving them at Florida in 2014.

First and foremost, Roper likes to throw the football. This was probably part of why he was hired in the first place. But his tendency to pass is often determined by the particular player leading the charge, so don't expect Jeff Driskel to start throwing the ball all over the yard on day one.

Driskel, fundamentally, has improvements to make in his release, reads and progressions. That, in addition to learning a new offense, will be a fairly large burden on the senior quarterback, so expect the offense, play calls, and motions to be simplified and run-oriented. I expect Roper to run a good amount of pistol, single-wing, diamond type packages and multiple back sets that implement misdirection. This would be wise for a few reasons: The offensive line is shallow and inexperienced, Florida is fairly deep at running back, multi-back sets would allow Florida's skill players to get in space and neutralize large defensive fronts, and, maybe most importantly, this will help Driskel's development as a passer and open a side of the field up.

Duke teams have run the ball with ferocity and toughness under Roper, and operated in these sets fairly often in 2013. Florida fans were frustrated with Brent Pease's refusal to run Driskel as often as some Gators probably would have liked, but expect that to change under Roper. Despite Florida's lack of depth at quarterback, Roper will call a lot of read option as a way of simplifying the offense, something he did with first-year starter Anthony Boone in 2013.

The read option gives the quarterback a choice, after one read of the defensive end, to either hand the ball off to the running back or keep it for himself. The read option is a staple in multiple NFL teams' offenses, including the Redskins, 49ers and Seahawks. Driskel's legs are his greatest asset and, ironic as it may seem, he'll have to run to improve as a passer.

These packages often simplify the assignments for the offensive line, reducing the need for guards to pull often or chop block. The line has one goal: Block the assigned man in a singular direction and get the the second level. In terms of skill, the running backs in Roper's system need to be able to be effective in the run and the pass, making Kelvin Taylor's development into more than a runner essential to the offense's success. Roper's creativity in the run game, in addition to the weapons Florida possesses in the back field, should open up enough run lanes to create opportunities for the air attack. 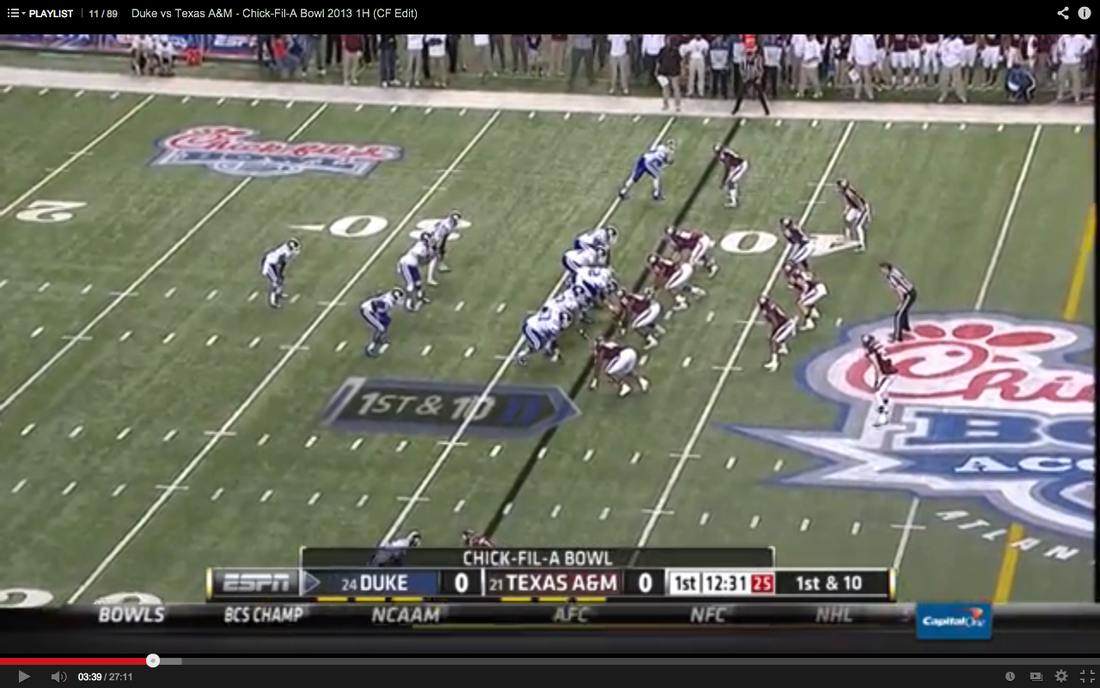 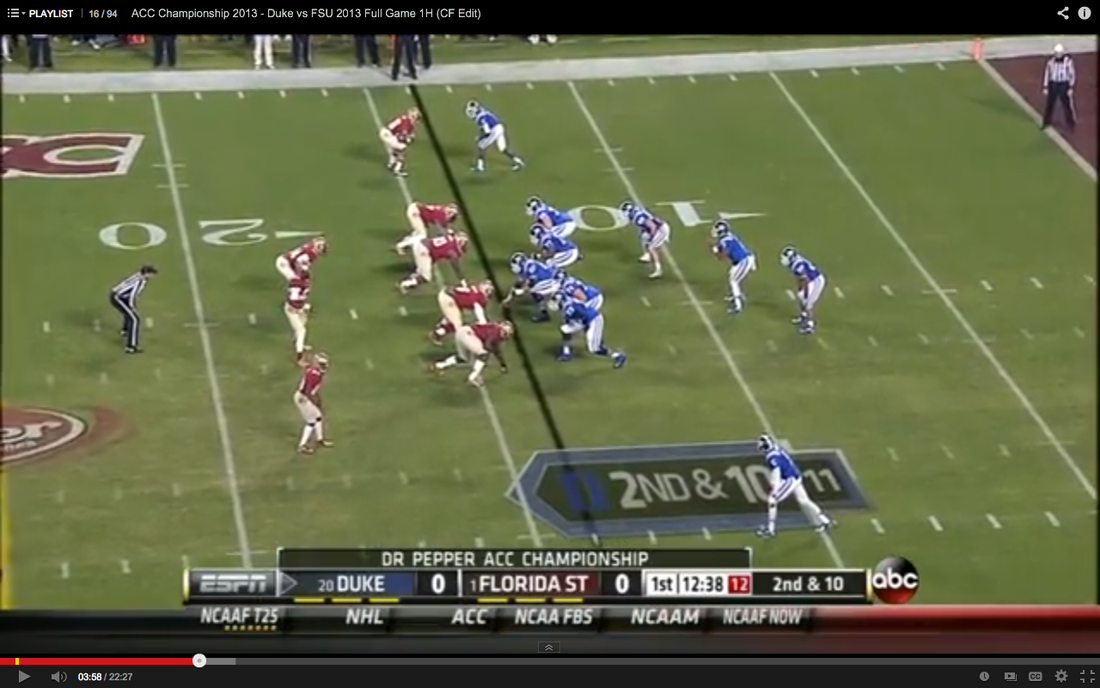 The passing game will come with time, but don't expect the Gators to throw back to 1996 and start passing for 300 yards per game just yet.

The genius of Roper is his ability to create mismatches in the passing game. He'll assign roles and use picks, wide receiver motions and stutter steps in spread sets to either match a speedy wide receiver on a linebacker or a big tight end on a shorter defensive back. For instance, if Andre Debose comes back near full health, he'll likely flourish in the burner role Jamison Crowder played for Duke.

Duke's opportunities in the passing game have been a result of defensive backs not sticking to their assignments and Roper's creativity to get his skill players in space. A trend in Roper's schemes is to motion tight ends and running backs to achieve the aforementioned goals.

Expect Florida to keep a lot of the passing attack in front of Driskel: After examining the defense, he will have plenty of opportunities to check a throw down to a running back, or check into another play, along the lines of a read option or another run. This reduces Driskel's need to go through multiple progressions in the passing game right away, eases his pre-snap reads, and hopefully lets him focus on one side of the field.

Though new to the system, I think Driskel will improve significantly in 2014. In his first season as a full-time starter, Anthony Boone's ability to go through his progressions and reduce turnovers improved tremendously from week to week, an indication of Roper's teaching and coaching ability. That said, Boone was also tutored by Roper his entire career, and knew Duke's offense quite well going into 2013. 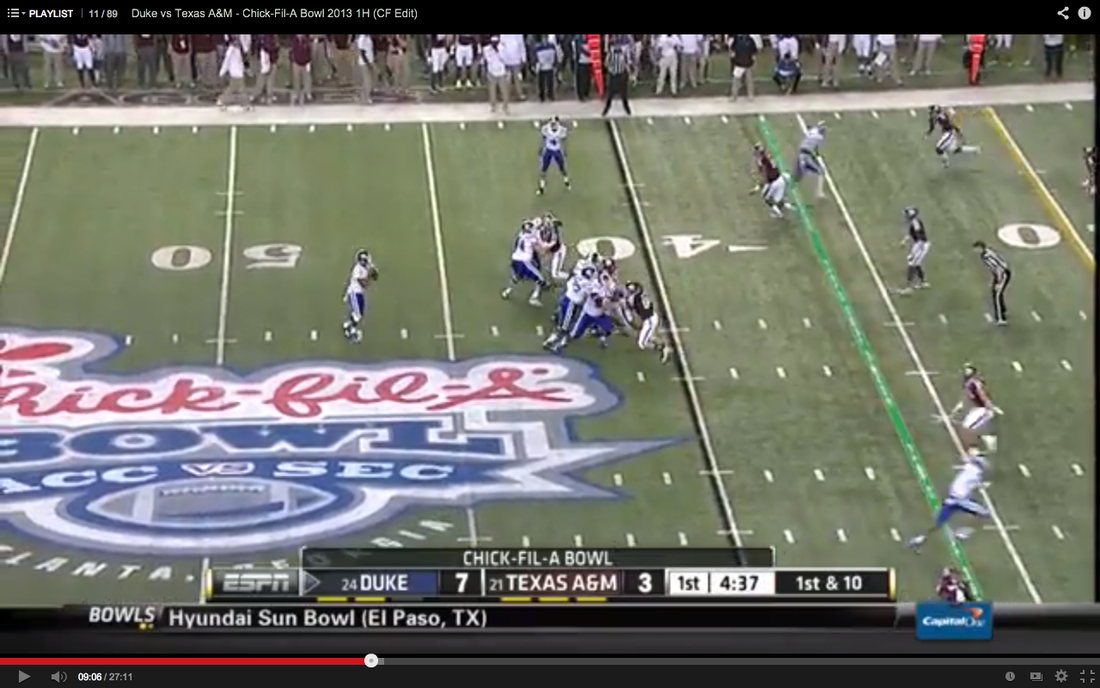 Many Florida fans are also questioning the new offense's impact on Muschamp's usually stellar defensive units, and the rest of the team. Although Roper's offense will be up-tempo and fast, there will probably be enough balance in both the run and pass game for Muschamp to continue running his defense as is.

As we put this all together, it's tempting to envision the Gators two or three years down the road — assuming the experiment works out, of course. Recruiting will prioritize intelligent offensive players with the requisite size and skill to compete at the next level, and a dominant offensive line. The defense will remain fast, intense, and stingy. Wide receivers with superb route-running ability will be prized and/or developed and the quarterbacks will be dual-threat in nature and skill.

With Roper opening up the offense, and Muschamp's guidance of the defense, this Gator team definitely has the potential to reclaim the SEC East and make an appearance in Atlanta in 2014. But there's still much work to be done and plenty of adjustments to be made.