Florida's freshman QB speaks out for the first time since a sexual battery complaint was filed against him.

Share All sharing options for: Treon Harris thanks "everyone" for support through "the whole situation" on Instagram

With the sexual battery complaint against Treon Harris withdrawn, Harris himself is likely to return to the public eye after spending a week out of it while suspended from the University of Florida and Florida's football team. 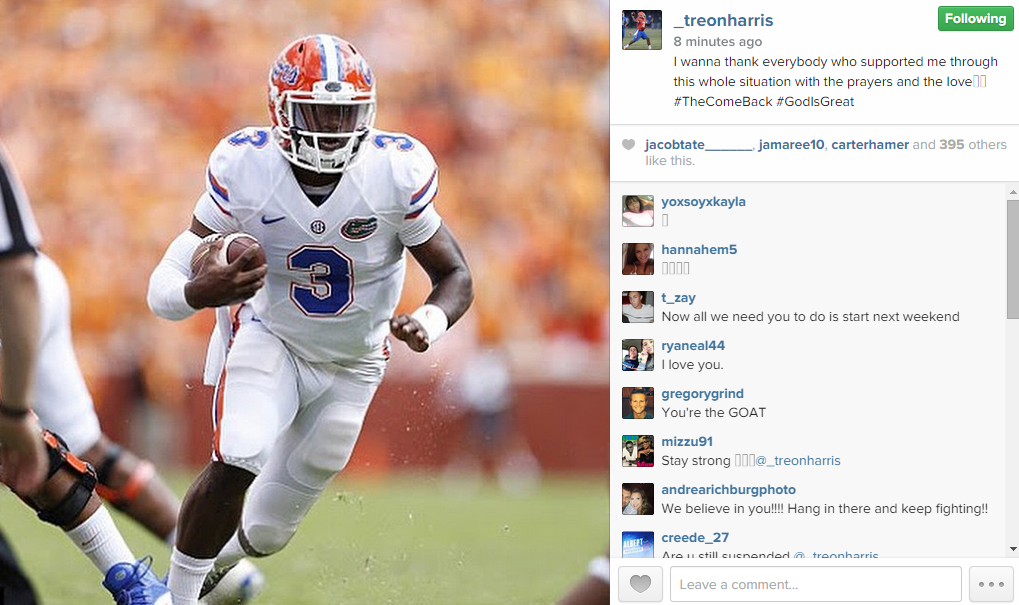 Harris is still in limbo, and has not been formally reinstated by either Florida or the Gators, though he is likely to be reinstated by both bodies in time. Florida reportedly has to complete a Title IX investigation into the handling of the complaint against Harris and resolve any pending actions related to possible violations of the Student Code of Conduct before his full reinstatement.

Harris is unlikely to play this weekend against LSU. Once reinstated, Harris is likely to share quarterback duties with Jeff Driskel, at a minimum.