Florida vs. Kentucky, Theater of Operations: Taking a quick look at the Kentucky Wildcats

Kentucky hasn't beaten Florida since winning 10-3 in 1986. Do the Wildcats have a chance to end the streak tomorrow night?

Share All sharing options for: Florida vs. Kentucky, Theater of Operations: Taking a quick look at the Kentucky Wildcats

If the Kentucky Wildcats are going to beat the Florida Gators for the first time since winning a defensive game in the mid-'80s, they're going to have to rely on their passing game. Unfortunately for the Wildcats, that falls right into the Gators' hands, as the Gators have arguably the best pass defense in all of college football.

While the Wildcats have had some success running the ball (they've used six different rushers in splitting 80 carries for 466 yards and seven touchdowns), I just don't see them using it in an effective way against the Gators' defense. It'll take a passing attack to strike quickly, surprise the Gators, and put them on their heels.

Patrick Towles has led the Wildcats to a very good start this season. He's thrown for 547 yards and two touchdowns on 37 completions, though he's needed 60 attempts to get them. His favorite target thus far has been Ryan Timmons, who has 13 catches for 170 yards.

Should be fun, right?

We're going to look at plays from Kentucky's recent win over the Ohio Bobcats because their first game was against UT-Martin and, well, can you judge a program against a squad like UT-Martin? 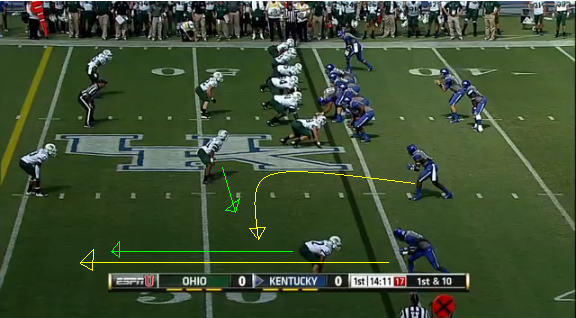 Timmons, who is the inside receiver, is just going to run a little out route to the sideline in what is a timing play. The good news here is that Towles doesn't appear to put enough on the ball and is lucky that it wasn't intercepted. Against the Gators, that's not going to get the job done. 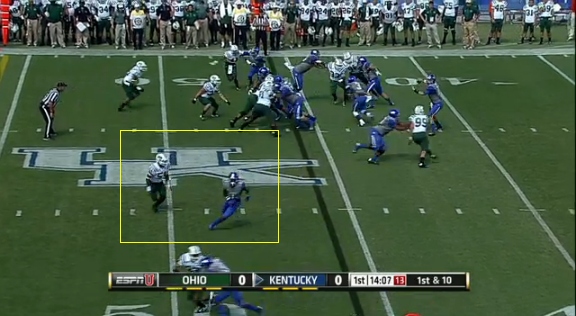 As Towles gets ready to release the ball, Timmons hasn't even turned around to look for the ball yet. You can see that the defender has played this perfectly, and has the angle to get between Timmons and the ball. All he's got to do is break up the pass by knocking the ball down or catching it for the interception. 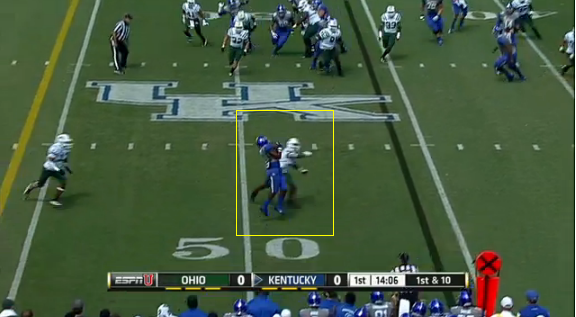 The defender opts for trying to swat the ball down. But he misses, and, to make matters worse, a couple of missed tackles allow Timmons to gain 17 yards on the play.

Play No. 2: Towles throws to Dorian Baker for a seven-yard TD 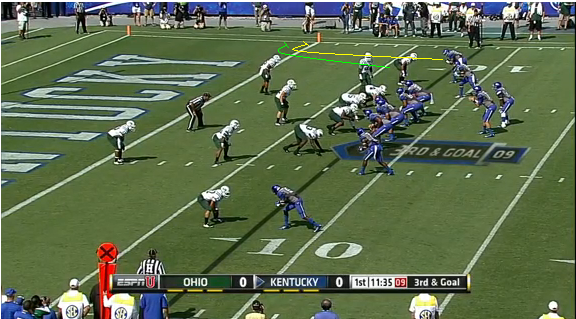 I have always been a big fan of curl routes. Those and screen passes are two of the more underutilized plays at all levels of football, and, if executed even half correctly, they can be very effective.

All Baker does on this play is run a curl route to the outside and on the goal line. 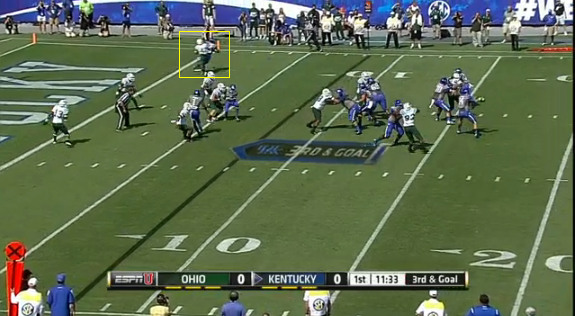 Just as Baker gains the inside advantage, Towles is getting ready to release the ball. He's got a great pocket to stand in and will throw this ball perfectly to the outside as a result. 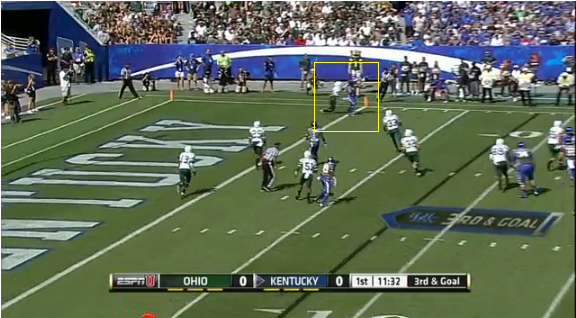 Baker catches the ball just inside the line for the touchdown. It was extremely close, but it was ruled a touchdown. These plays are about the only play that can consistently beat the Gators' cornerbacks: They're quick plays and can burn aggressive route-jumping by defensive backs.

Play No. 3: Jojo Kemp rushes for a loss of three yards

Normally, we wouldn't look at negative offensive plays, but Jojo likes to talk. So we're going to have a little fun. 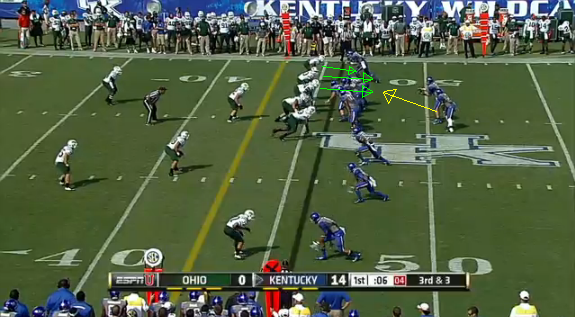 Right into the face of a corner blitz. 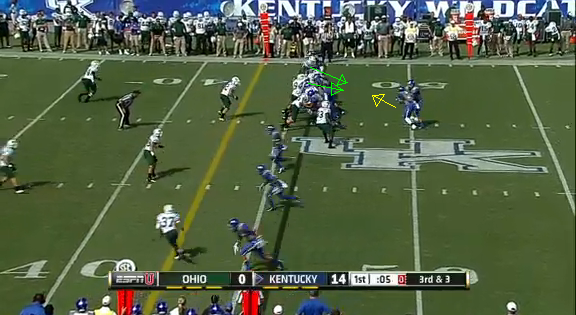 About to go nowhere... 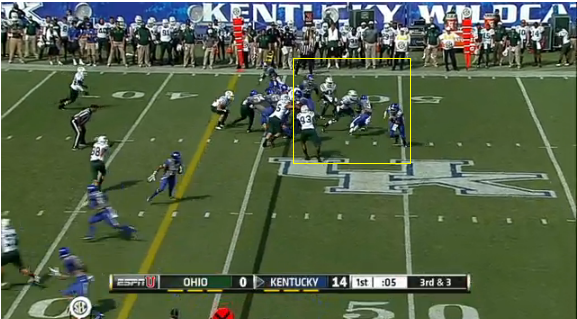 I fully expect the Gators to win this one rather easily.

Jojo can talk all he wants, I just don't see it happening.