Florida vs. Kentucky, Theater of Operations: Demarcus Robinson has the night of his life

Demarcus Robinson had the best receiving day for a Gator since 2002 in the Gators' 36-30 triple-overtime victory over the Kentucky Wildcats.

Share All sharing options for: Florida vs. Kentucky, Theater of Operations: Demarcus Robinson has the night of his life

If he doesn't have the night he has, the Gators more than likely lose. They probably lose big at that.

Robinson ended the night with 15 catches for 216 yards and two touchdowns, and it was exactly what the Gators needed. With those numbers, Robinson became the first Gators receiver to have back-to-back 100 yard games since Jabar Gaffney in 2001, and the first receiver to have a 200-yard day since Taylor Jacobs in 2002.

And there's nothing wrong with that. 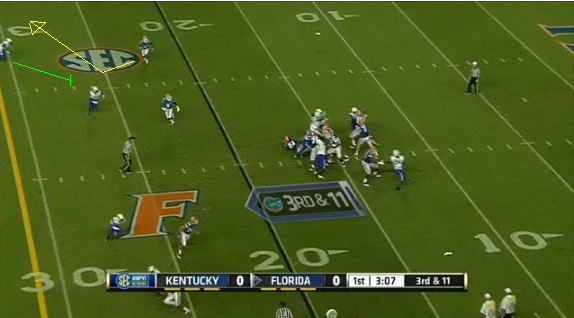 This was Robinson's breakout play on the night. He's getting like a 10-yard pre-snap cushion (why?) and just runs a quick inside slant route. Driskel finds him at just the right time. 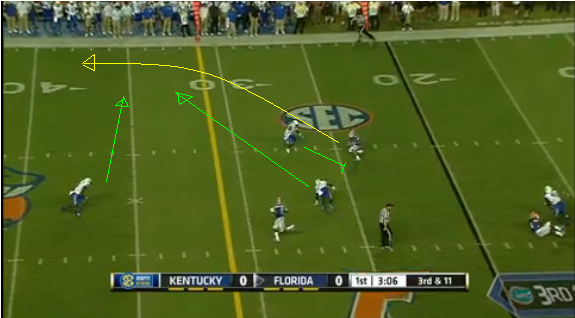 In a move similar to Ike Hilliard's Stop and Pop against Florida State and Percy Harvin's cut against Arkansas, Robinson plants his foot, sends the defender flying in another direction, and then takes off down the field.

He'll head towards the sideline and from that point it's all about speed. 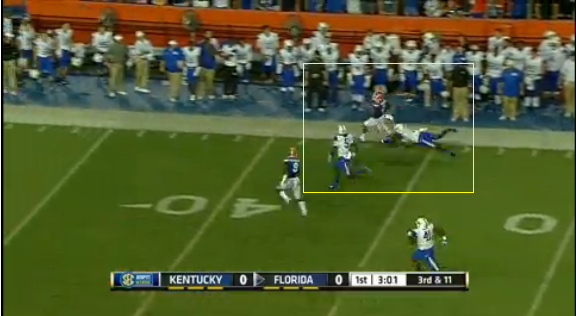 Speed kills, folks. Robinson burns past one diving defender and he's finally caught by the last one who has the better angle. 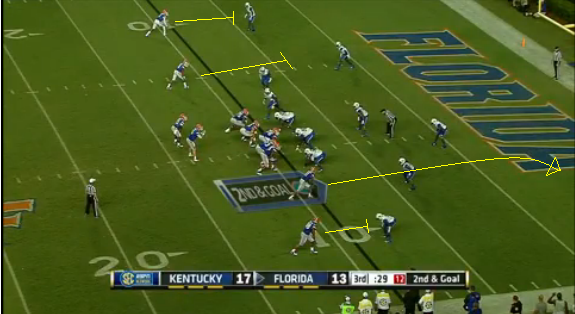 Jesse Palmer did a great job of dissecting this play during the broadcast, but it's still worth another look. Every Gators receiver is going to be up against man coverage ... except for Robinson, who is just to the right of Driskel. 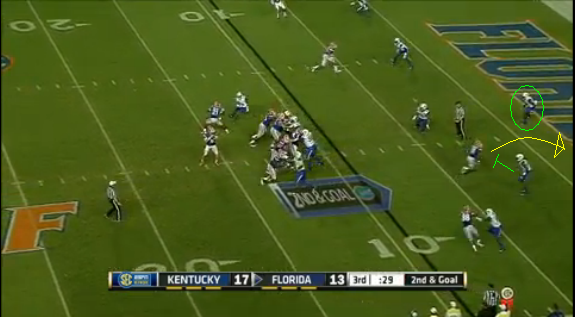 The corner and the safety break off the play here and Robinson is allowed to go freely into the endzone. Both teams had complete coverage breakdowns that led to touchdowns. This was Kentucky's. 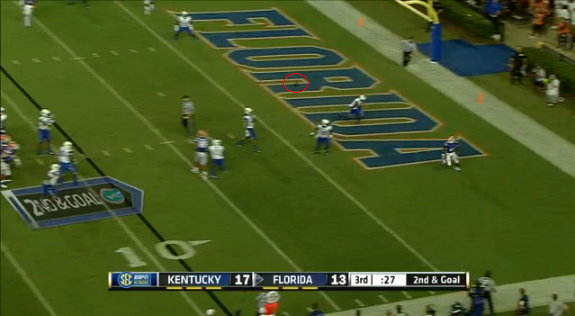 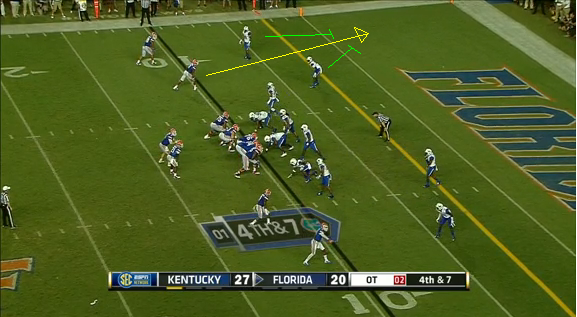 Once again, the Kentucky defense fails on this play.

I'm willing to call it a draw. 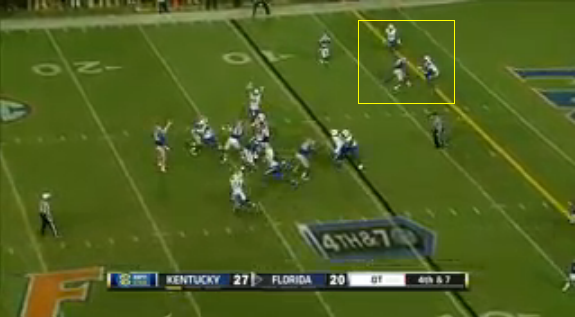 As Driskel releases the ball, you can see that Robinson isn't quite open yet. But he will be very soon. 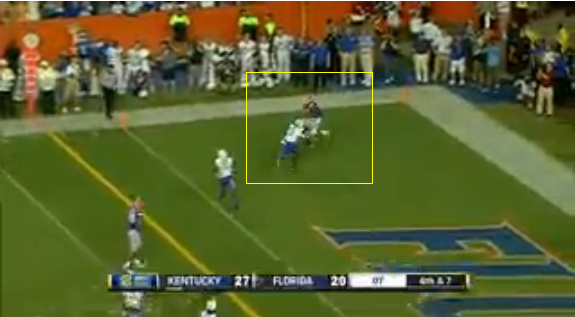 Caught, touchdown! The Gators live to fight on.

Without Robinson's day and without him stepping up when the Gators needed him most, the Gators are in serious trouble. Will he be able to do this moving forward?

I surely hope so.