Florida vs. Kentucky, Theater of Operations: Matt Jones broke out, too

Matt Jones rushed for 156 yards and scored the game winning touchdown in a performance that was largely overshadowed by a great receiving day.

Share All sharing options for: Florida vs. Kentucky, Theater of Operations: Matt Jones broke out, too

Matt Jones finally had the performance that we were all waiting for him to have last Saturday night against the Kentucky Wildcats. Jones, who wasn't really healthy at all last season, rushed for 156 yards and a touchdown on Saturday in what was probably his best performance as a member of the Florida Gators.

I guess you could say this was his most important performance as a Gators football player.

Sounds good to me.

Play No. 1: Jones gets things started with a 19 yard run 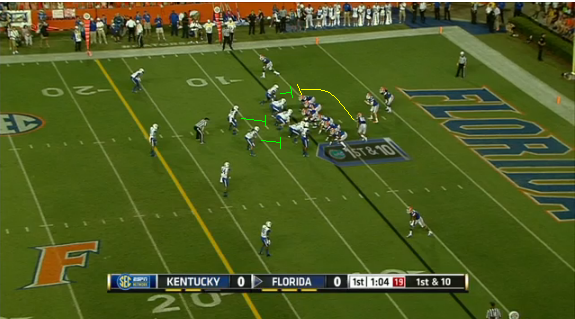 Before the snap, Clay Burton heads in motion to the other side of the line of scrimmage. He'll handle the lead block on the extra defensive back and Jones will run right behind him. Unfortunately for the Wildcats defense, the two linebackers in the middle of the field will guess incorrectly and begin heading to their right. 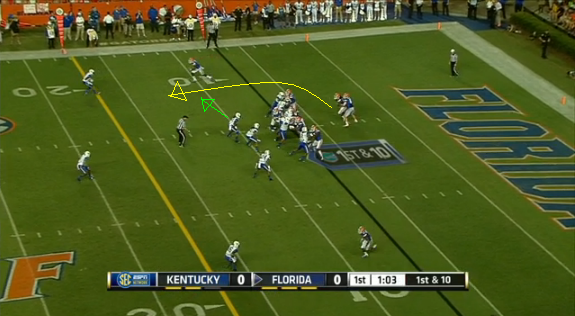 At the handoff, Jones and Driskel play it off as a zone-read option play. That is why the linebackers each take a lean to their right and it allows for Jones to get to the outside. You'll also notice that Tyler Moore (No. 73) will break through his first block and attempt to block a linebacker.

He'll miss the block but not before Jones is able to get to the second level of the defense. 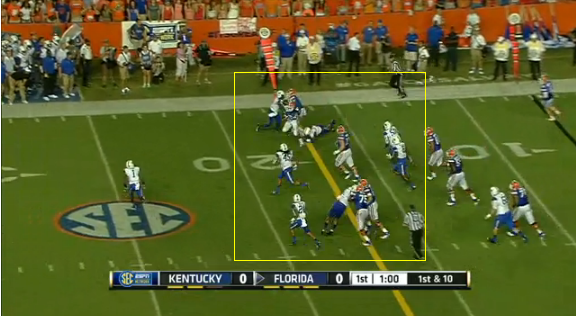 Lots of things to look at here. Jones breaks a tackle at the first down line and he gets great blocking ten yards from the line of scrimmage from the offensive line and wide receivers. 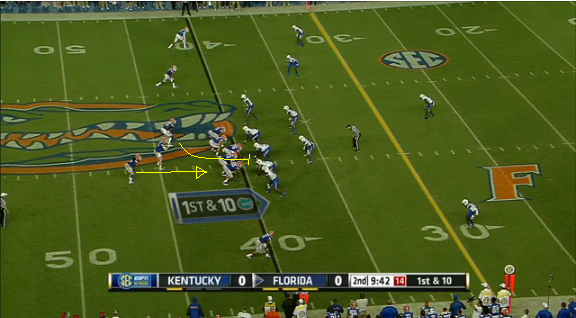 Tevin Westbrook (No. 87) will get the role of lead blocker on this play. He'll head straight to the right side of the offensive line and will provide the key block for Jones to escape to the secondary. It's a very similar formation to the first play profiled. The other differences are an extra receiver on this play and the tight end is called pre snap to the backfield and not to the line of scrimmage. 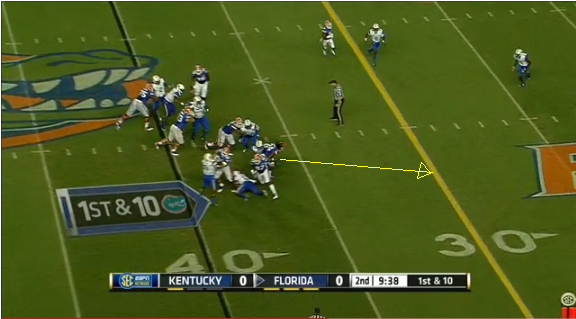 Great blocking here as Jones gets through the line. Pretty much everybody is engaged with a defensive player and the only one who isn't (Westbrook), isn't because his defender is lying on the ground. 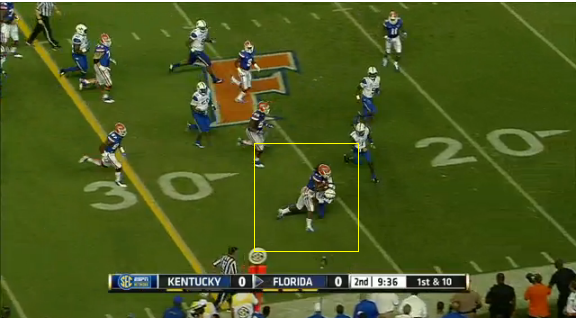 Play No. 3: Jones rushes for the game-winning touchdown 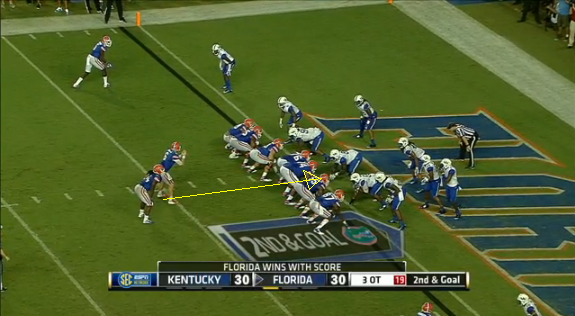 Kentucky has stacked the defense into the middle and the Gators have everybody but two receivers up on the line as well. Who wants it more? 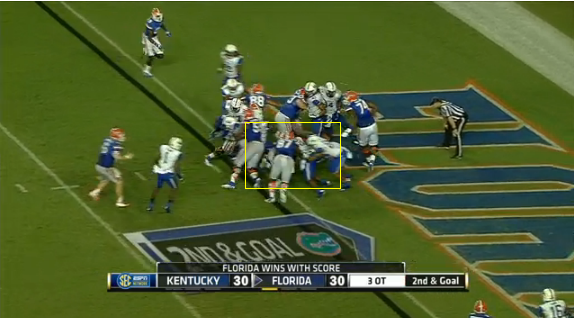 He's in and as the announcers say: "Florida survives."

I'm still kind of surprised that it took three overtimes to beat Kentucky, but the Gators haven't lost to the Wildcats since 1986. There are bound to be some close in there over that long a period of time. Hopefully this was the last one for another decade or so.

As for Jones, hopefully he can stay healthy and do these types of things for the remainder of the season. He, like a few others on the offensive side of the ball seem to really be rolling in Kurt Roper's new offense.