The Florida Gators' defense allowed 450 yards in a triple overtime win against the Kentucky Wildcats on Saturday.

Largely thought to be the strength of this 2014 Florida Gators football team, the defense nearly blew things for the Gators on Saturday against the Kentucky Wildcats. The defense allowed 450 total yards, including 369 (8.2 yards per pass attempt) through the air as the Wildcats' air raid offense dissected the Gators' young and untested secondary for large portions of the game.

Miscommunications, coverage breakdowns and dropped balls were a large reason why the defense struggled so much. They'll have but a short time to fix anything though as the Alabama Crimson Tide loom large this coming Saturday. 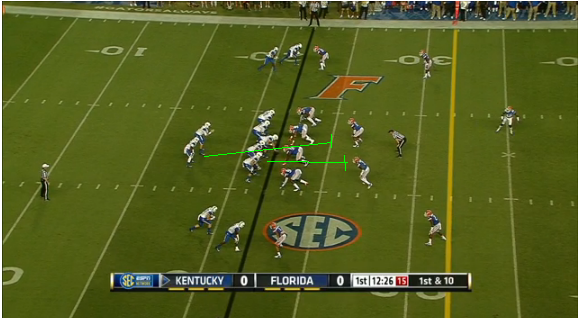 While this play isn't really the result of a defensive breakdown or anything of that nature, it's just a good play call by the Kentucky offense and the Gators got beat. A designed quarterback run from the get-go, great blocking and a timely cut by Towles, netted the Wildcats a big play. 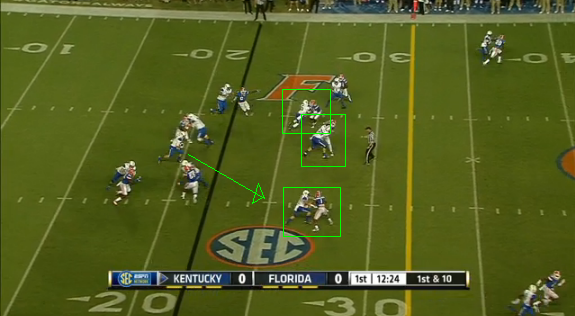 There's the blocking. The running back, offensive line and tight ends all combined on this play to get down blocks down the field and allow for Towles to have some wide open spaces.

Right as he gets past the line, he'll cut to the right and take off down the field. 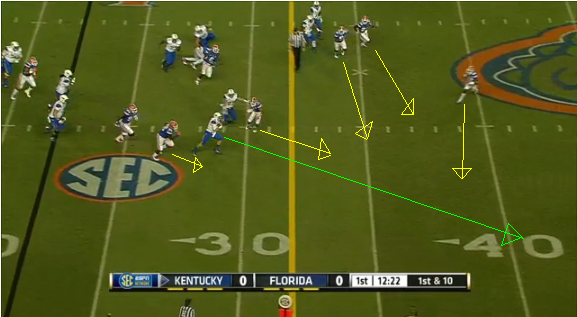 After the cut to the right, Towles has got space. The Gators would converge on him in short order, but not before he gets another 18-20 yards.

Again, I would like to stress that this wasn't really a breakdown (we'll get to those here in a minute) but rather just a really good play call by the Wildcat offense and even better execution. 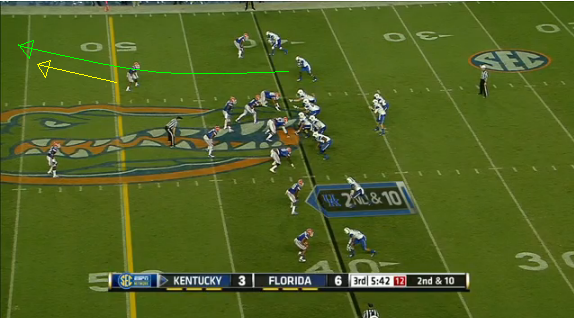 Garrett Johnson will be covered by Jabari Gorman on this play and Johnson gets behind Gorman from the beginning. Gorman will also have safety help a little later, but it is too late. 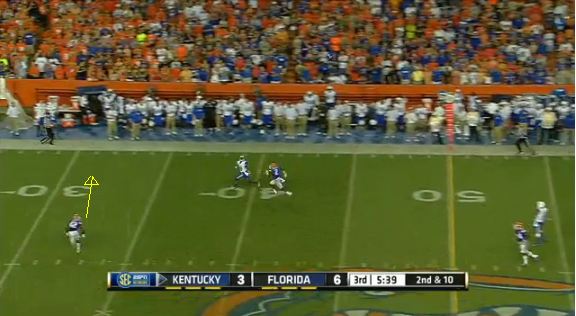 Keanu Neal is on his way to help, but he's too far away from the play to make a difference. 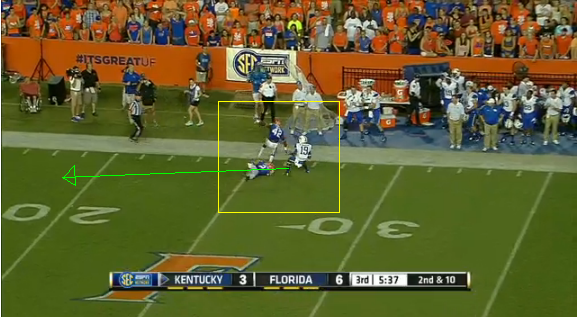 Both Gorman and Neal miss the tackle and Johnson will literally walk into the endzone for a touchdown.

Play No. 3: Johnson does it again. This time thanks to blown coverage. 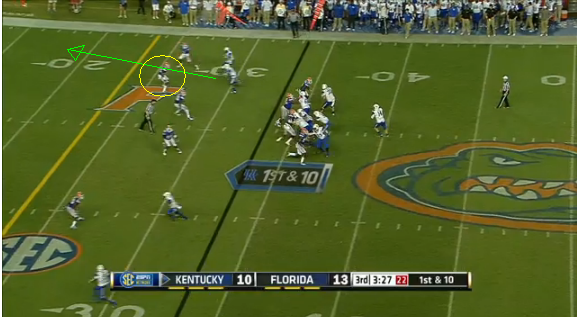 Johnson will score an even easier touchdown than in the play profiled above, mostly because all he has to do is run his route and he'll be as wide open as he'll ever be in his career. This time there isn't a Gators defender that follows him or even seems to care where he is on the field. 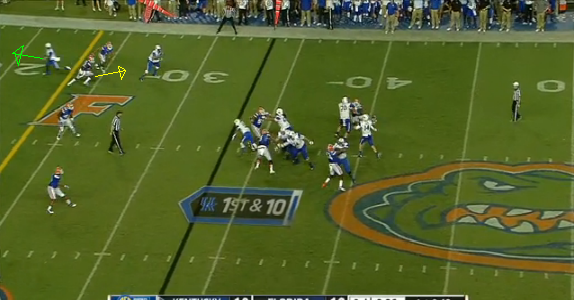 Bite on the underneath route. Why!!! 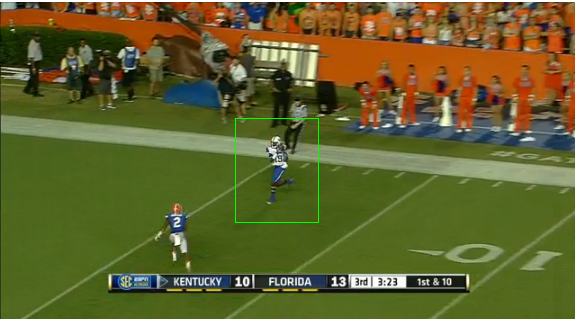 Gorman gets there but it's way too late.

The secondary, while young, is going to have to grow up fast. The Gators'  "No fly zone" didn't exist against Kentucky and while they did make a couple of plays, there going to need to make many more as the SEC schedule really begins.