Florida vs. Alabama, Theater of Operations: Taking a quick look at the Crimson Tide

The Florida Gators face their first big test tomorrow in the Alabama Crimson Tide. We're here to provide a quick glimpse at the Crimson Tide.

Share All sharing options for: Florida vs. Alabama, Theater of Operations: Taking a quick look at the Crimson Tide

With their first two games behind them, the Florida Gators are 2-0 and looking to start the SEC season off on the right note. Standing in their way of that is the Alabama Crimson Tide. Alabama is the No. 2/3 team in the country (according to most) for good reason and while they've looked like the most beatable Alabama team of the last few years, they're still who they are.

Now isn't the time to go all Dennis Green on you, but you get the picture. Alabama has done a lot of things well since Nick Saban took over in Tuscaloosa but two things have always remained consistent: defense and running the ball. On the young season, the Tide rank 10th overall in points per game against and 17th overall in rushing the ball. So while the names have changed, the production hasn't.

T.J. Yeldon and Derrick Henry led the Alabama offense and between them they've rushed for over 430 yards and three touchdowns. But that's not all, the starting quarterback, Blake Sims isn't afraid to run the ball either. He's got the speed and size that it takes to be a successful quarterback and so far the reviews are good.

We won't even think about the fact that he's got Amari Cooper to throw the ball to.

As for their defense, it's the same story over again.

(For the purposes of this review, we'll look at their season opening win against West Virginia.)

Play No. 1: Yeldon runs 15 yards for a touchdown 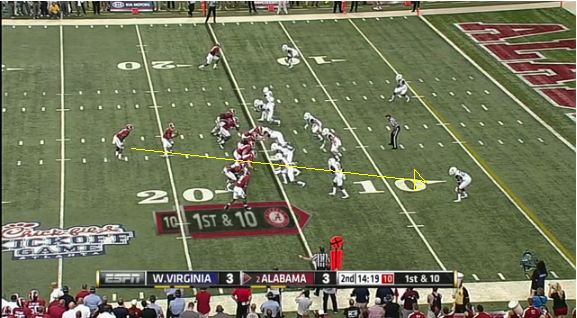 Yeldon will take the handoff and run towards the right side of the offensive line. As expected, holes and wide open spaces develop immediately. 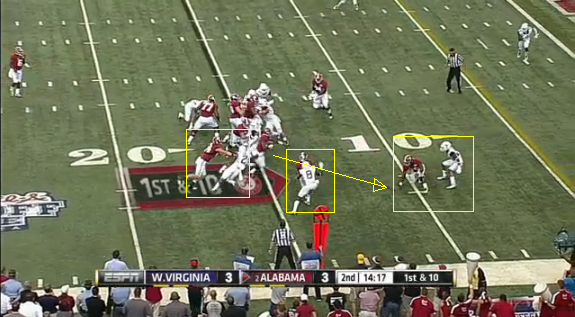 Great individual one-on-one blocking by the offensive line and receivers allows Yeldon to get to the second level of the defense rather easily. 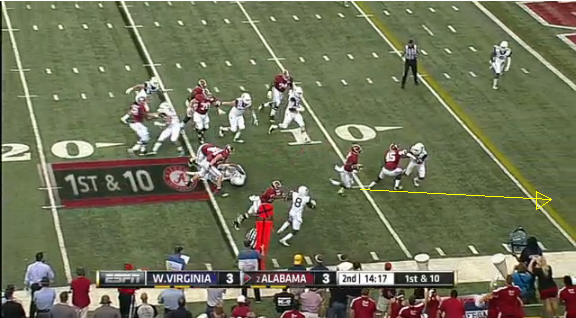 A great last second block by running back/full back Jalston Fowler gets Yeldon free inside the ten yardline. Yeldon will have to dive over the pylon for the score, but hey, Alabama scores their first touchdown of the season rather easily.

Play No. 2: Henry runs 19 yards for a touchdown 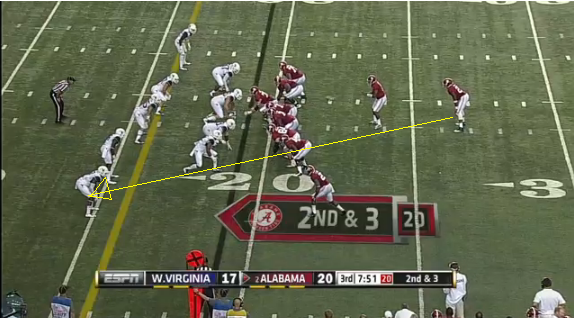 Now for a run to the left against a stacked box. Henry looks just as good as Yeldon on this play and shows everybody that he's not a "change of pace" back. He'll carry the ball in much of the same manner as Yeldon and can be just as successful. 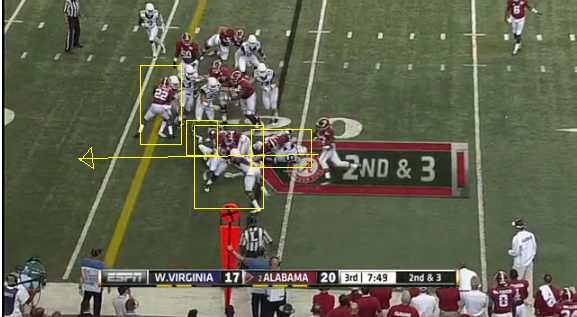 Two pancake blocks and two standing blocks that create a massive hole for Henry to run through. I'm pretty sure that you and I could run through holes this big. 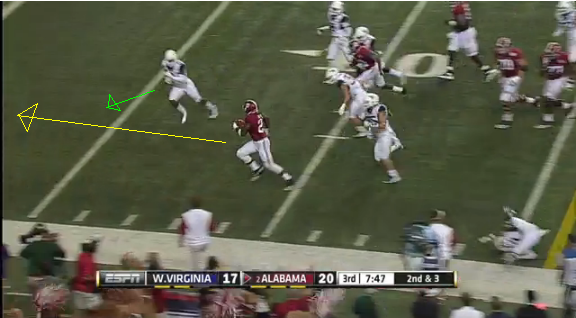 Henry uses speed and strength at the end of the play here. His speed is turned up a notch after he crosses the first down line and he outruns two defenders. The final safety on the play for West Virginia will attempt to push him out of bounds but it's to no avail.

Play No. 3: Jonathan Allen gets a sack 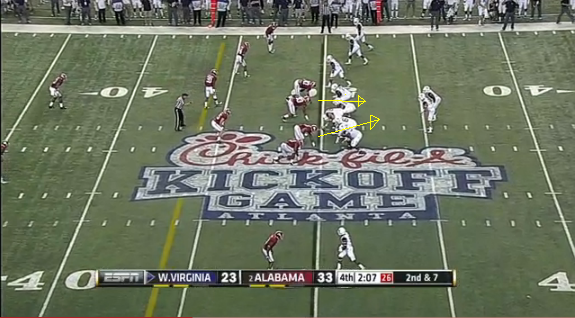 It's your typical 4-3 defense.

This will be a two-man team, but Allen will get the sack. On the bottom of the screen D.J. Pettway will make a great inside move to beat his blocker and get a head start on the play. Allen, who is up top, will make his move later. 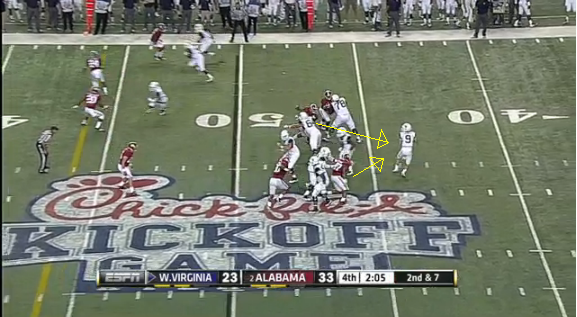 Allen makes his move, right here. Pettway is now free to rush the quarterback. Though it is worth mentioning that the defensive end on the play performed a stunt move and has yet to begin his rush. 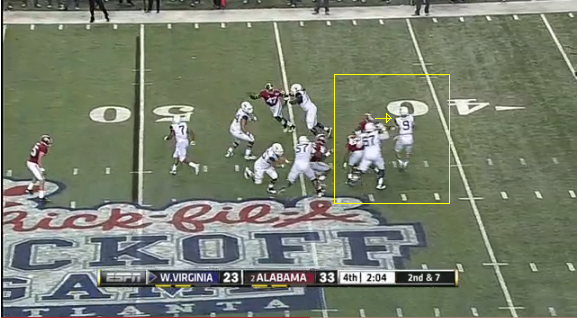 After attempting a pump fake, Allen has got him in his sights. Pettway was blocked at the last second and is taken out of the play, but it doesn't matter.

Just wait until they unleash the cornerback blitz.