The Florida Gators posted their first shutout in a couple of years on Saturday, while a freshman quarterback burst onto the scene.

There were a few question marks for the Florida Gators' defense coming into this year after losing a few key starters to the graduation, the NFL, and transfers. After one game, it appears that some of those questions are answered. The Gators' defense allowed 125 total yards, forced five turnovers, had three sacks and scored a touchdown on an interception return against Eastern Michigan on Saturday.

On the defensive side of the ball, we're going to only look at the interception return for a touchdown because popular demand wins here at Alligator Army. I've gotten quite a few requests to take a look at Treon Harris's breakout performance on Saturday as well. Harris, who some thought was one of the best (or important) incoming freshman in the Gators' recruiting class, finished 2-for-2 passing on the day, for 148 yards and two touchdowns.

Yes, you read that correctly. But you probably already knew that. What a debut!

Play No. 1: Duke Dawson's interception return for a touchdown 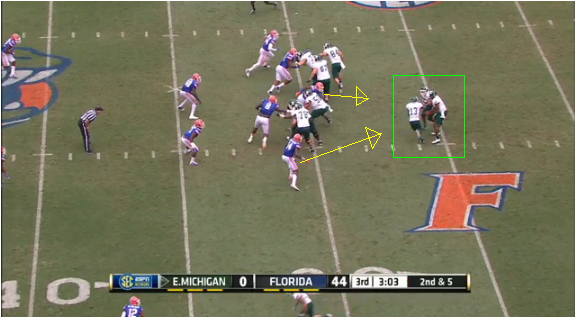 Right after the snap, there is some confusion between quarterback Rob Bolden, a running back, and a wide receiver. The Gators' defense is also going to get some serious pressure on the play. 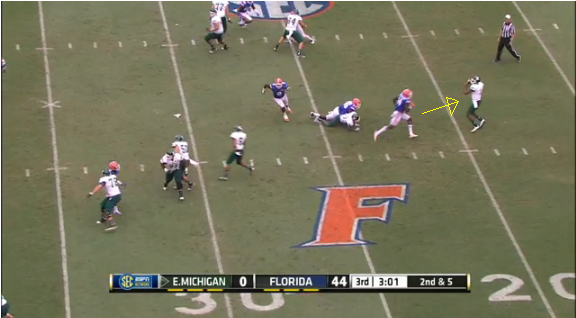 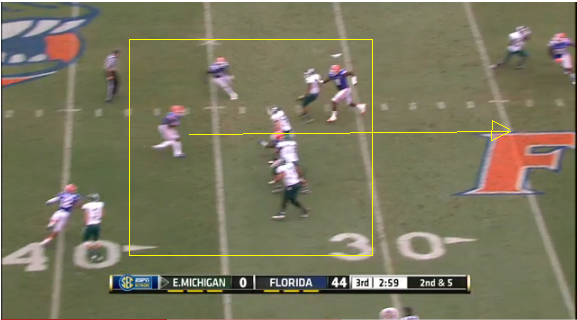 The picture is a little blurry, but at this point Dawson catches the ball and he'll be going the other way for the touchdown.

Play No. 2: Harris hits Demarcus Robinson for a 70-yard touchdown 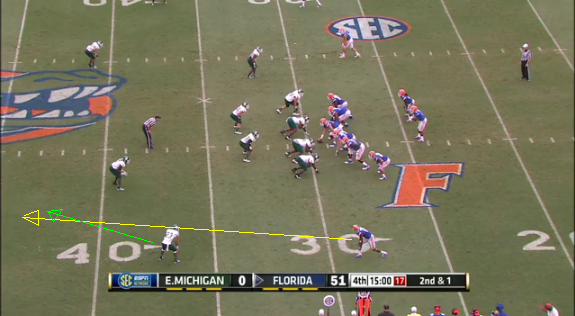 Plan on playing the Gators' receivers almost 10 yards off the line this year? Why? Chances are it's not going to end well for you. 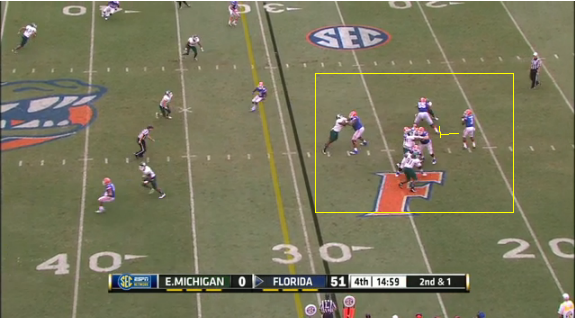 Just before releasing the ball down the field, you can see here that the offensive line — playing with backups in — has done a great job of pass protecting on the play. Harris has enough room to step up into the pocket and get off a great throw. 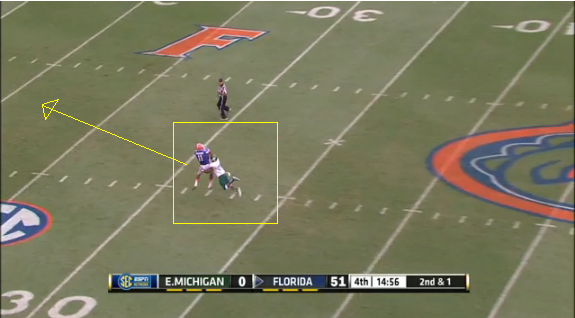 The throw is just past the diving defensive back and Robinson makes a great high-point catch to complete the play to that point. After making the catch, Robinson will shake loose of the defender, and scamper into the endzone for the touchdown.

Play No. 3: Harris passes to Mark Herndon for a 78-yard touchdown 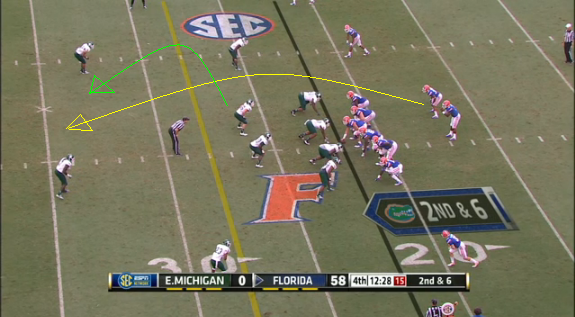 Harris' second throw as a Gators football player goes pretty well, if you ask me.

Herndon is going to come out of the backfield and find an opening in the soft man coverage that the Eagles' defense is playing. 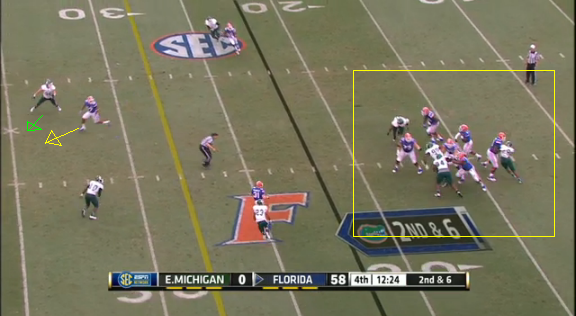 Just after releasing the ball to a wide open Herndon, Harris still has enough room in the pocket to stand there for another minute or two. This was also a very well-run route by Herndon. 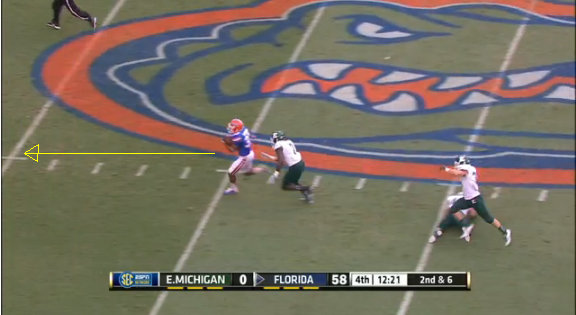 Herndon will run past three defenders on his way for the touchdown.

At the moment, the Gators are rolling. They get a final tune-up game this weekend against Kentucky before the conference slate really begins against Alabama in two weeks. Here's to them keeping it going.