Boy, were these refs bad.

Tennessee's second attempt at a game-winning field goal against Florida on Saturday evening missed right by a foot, or maybe even just inches. It probably helped that the Vols attempted that field goal from a few feet to the left of the right hash — where it should have been spotted.

As first spotted by Gator Country's Nick de la Torre, the Vols quite clearly got a better spot for Aaron Medley's kick to draw left on their second kick. Here's the clear-as-day shot of the two kicks, via libgator. 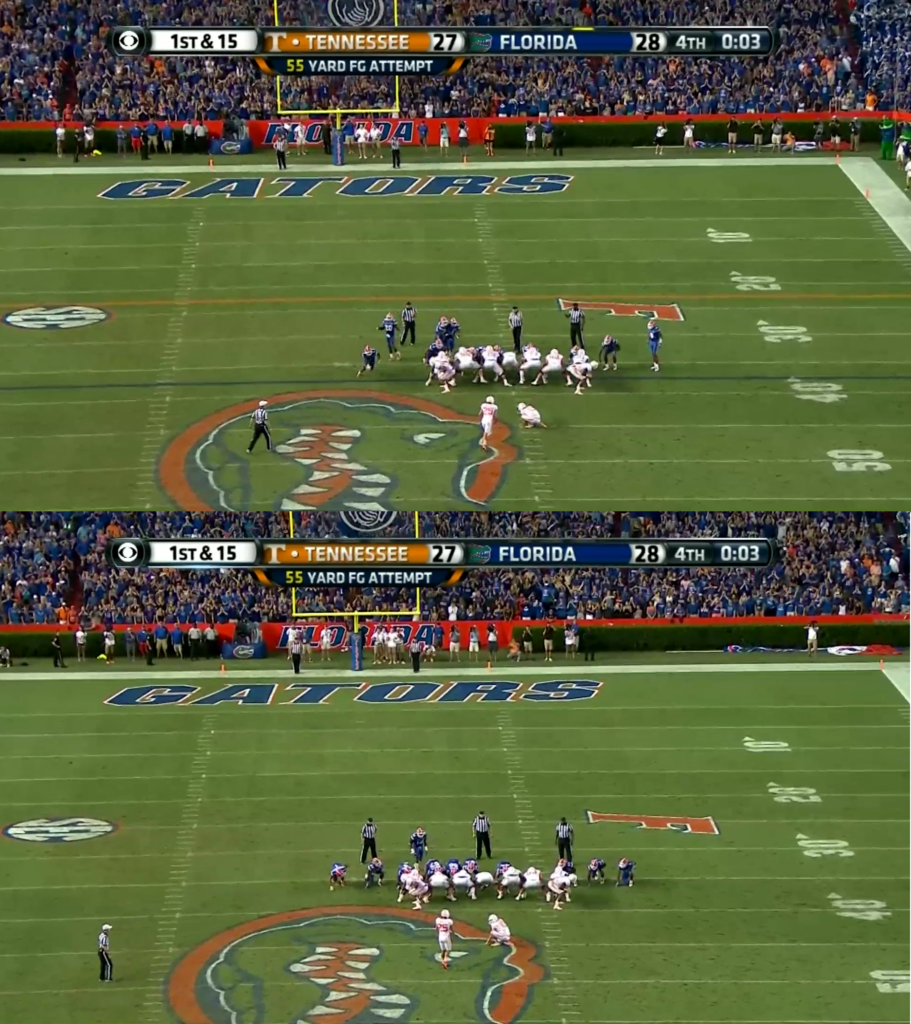 While it's tempting to think that Tennessee actively tried to get an advantage out of that move, I can't imagine the Vols set up for the field goal and moved the ball five feet without the refs' blessing — and it's think it's far more likely that the refereeing crew simply spotted the ball wrong.

Still, even if Tennessee nefariously moved inside, the refs should have seen and corrected the ball spot. And given that the play prior to the field goal was a catch-and-run by the right sideline, there's no doubt the ball should have been on the right hash.

Fortunately for Florida, the ball didn't lie for the Vols, as both kicks stayed wide right.

But this was certainly the last of a string of bad decisions by the refs who worked Saturday's game, whom I slotted into the Embarrassing section of our Sunday Rundown even before seeing this.